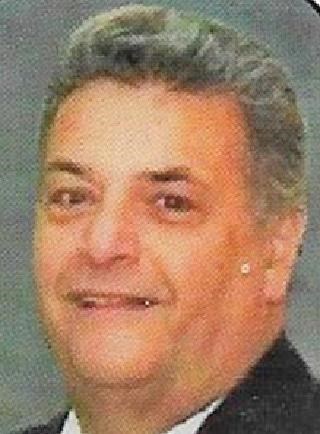 FUNERAL HOME
Funeral Home of Michael J. Ambruso - Dover
1175 South State Street
Dover, DE
Richard 'Dick' R.
Reynolds, 76
FELTON - Richard "Dick" R. Reynolds passed Wednesday, July 22, 2020 at his residence surrounded by his family. Born in Webster, Massachusetts, son of the late Wilfred and Evelyn Reynolds.
After graduating Bartlett High School he entered the U.S. Air Force and was stationed at Dover AFB in 1964 and served 25 years in the U.S.A.F. Reserves. Dick was employed with the State of Delaware as a telecommunications specialist until his retirement.
He was actively involved with Dover Elks BPOE 1903, Knights of Columbus, Boy Scouts Troops 903, Past officer of Agriculture Museum and Board President at Harvest Years Senior Center in Camden-Wyoming.
Dick enjoyed camping, sportsmanship and was an advocate for the NRA. He loved to travel around the world and enjoyed making memories with family and friends, especially the backyard firework displays.
Dick is survived by his loving wife, Patricia Reynolds; three children, Michelle R. Vasiliadis (John), Teresa M. Reynolds and Michael R. Reynolds (Susan Michaels); and seven grandchildren.
Funeral Services will be held 1:PM, Tuesday July 28, 2020 at The Funeral Home of Michael J. Ambruso, Dover with visitation starting at 12:PM. Interment will follow in the Garden of Honor at Sharon Hills Memorial Park, Dover.
Condoloences and memories can be shared via www.ambruso.com

Published by Delaware State News on Jul. 26, 2020.
To plant trees in memory, please visit the Sympathy Store.
MEMORIAL EVENTS
Jul
28
Visitation
12:00p.m.
Funeral Home of Michael J. Ambruso - Dover
1175 South State Street, Dover, DE
Jul
28
Funeral service
1:00p.m.
Funeral Home of Michael J. Ambruso - Dover
1175 South State Street, Dover, DE
Jul
28
Interment
Garden of Honor at Sharon Hills Memorial Park
Dover, DE
Funeral services provided by:
Funeral Home of Michael J. Ambruso - Dover
MAKE A DONATION
MEMORIES & CONDOLENCES
4 Entries
I had the priveledge of knowing Dick for at least 25 years. Dick was a Life Member of APCO, Association of Public-Safety Communications Officials, and I met him almost every year at the annual APCO conference. Mostly, however, I remember Dick as a gental man. I never saw him as anything other that a really great guy.
I offer condolences to his family and friends who I know will miss him dearly. There were a limited number of his associates in APCO who in a friendly way called Dick, R cubed. RRR I will miss your company and wit.
Donald W Pfohl
Friend
July 29, 2020
To Patricia and Rich's family, please accept my sincere sorrow on the loss of your beloved Rich. I have know him for well over 30 years through our work with MidEastern and International APCO and I could not have asked for a better coworker and friend. His smile would light up the room and his dedication on all levels of APCO ran deep and sincere. For those who are members of my "Lin Ford's Old Fossil's Club" the memories of Rich at our Conference meetings will always bring a smile and laugh--he was such an important part. To his family and coworkers, I know you will feel the loss deeply and I pray God will bring you peace and solace. Remember the wonderful memories always-I know I will. Lin Hardy Ford, APCO Life Member
MidEastern Chapter of APCO
Linda (Lin) D Hardy Ford
Friend
July 27, 2020
July 27, 2020

I would like to send my sincere condolences to Rich's family and friends.
I've had the pleasure of working with Rich for many years in his capacity of APCO Local Frequency Advisor for Delaware. Rich was dedicated to public safety communications work but more importantly, he understood and practiced family first. Rest in peace good friend.

Jim Kowalik
NH Dept of Safety
APCO Local Advisor
James Kowalik - APCO NH Local Frequency Advisor
Coworker
July 27, 2020
Very sad to note Rich's passing. I had the opportunity to work with him for many years within the APCO association. He was a very easy person to work with and to know as a friend. Rest in peace.
Norm Coltri
Friend
July 27, 2020
Showing 1 - 4 of 4 results