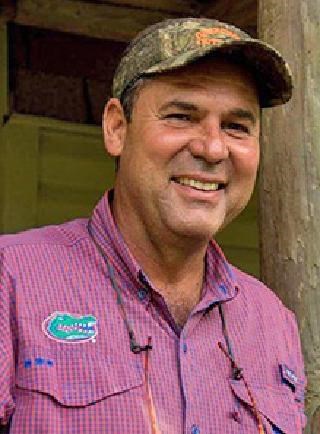 BORN
1965
DIED
2021
FUNERAL HOME
Buxton and Bass Okeechobee Funeral Home & Crematory - Okeechobee
400 North Parrott Avenue
Okeechobee, FL
Daniel Lawrence 'Danny' Sant Angelo, 56
LORIDA, Fla. - Daniel Lawrence "Danny" Sant Angelo went home to be with his Lord & Savior on September 11, 2021. Born in Dearborn, Mich. on February 23, 1965. Danny found his love for the outdoors in the heartland of Florida, where he established his Okeechobee Outfitters hunting business. With his strong Christian background, Danny believed he found God in the woods. He loved hunting and fishing, or just being outdoors. Most of all, he loved his family and his host of friends, many of whom were from childhood. He instilled in his children and grandchildren a love and respect for nature. The 20th anniversary of the 9/11 tragedy was a fitting day for Danny to leave us. Though never serving in the military, Danny was a devoted patriot with great appreciation for the sacrifices of our military veterans and that of their families for our freedom and way of life. That passion for our veteran warriors led him to establish the non-profit Sportsman's Foundation for Military Families, through which he honored that sacrifice by providing professionally guided hunts and lodging for veterans. And to assure that their families remained connected with their veteran, the families were always included in the adventures. Danny devoted his time with the families to ensure they felt welcomed and to share the gospel with them.
Danny was generous and giving and believed in second chances. He loved to cook and could make delicious meals from any game that was harvested off the land. He insisted that if you killed something, you ate it. His gift, though, was his way with words, which often resulted in interesting but informal agreements or, simply, new friends. Many agreements were often settled in a "good ole fashion" handshake.
Danny was preceded in death by his father, Alfred Sant Angelo; his son, R.C. Mattson; and his brother, Ron Sant Angelo.
Left to cherish his memory are his mother, Illa "Kay" Cowart; his loving wife, Carla Sant Angelo; sons, Chris Sant Angelo (Lindsey) and Newt Mattson (Justina); daughters, Jenny Hughes (Heath) and Trista Huneycutt (John D); five grandchildren, Wiley, Isla, Arlie, Mary and Emma Lee; brothers, Joey Sant Angelo and Jason Sant Angelo (Cheryl Anne); sister-in-law, DeeDee Sant Angelo; and a host of uncles, aunts, and cousins.
Graveside services will be held at the Basinger cemetery at 10 a.m. on Tuesday, September 21, 2021, with a celebration of life service to follow at Okeechobee Outfitters, 5260 Bluff Hammock Road, Lorida, FL 33857. Arrangements are entrusted to Buxton & Bass Okeechobee Funeral Home.
In lieu of flowers, the family requests that contributions be made to The Sportsman's Foundation for Military Families, 5229 Bluff Hammock Road, Lorida, FL 33857, or through the website: www.huntforvets.com 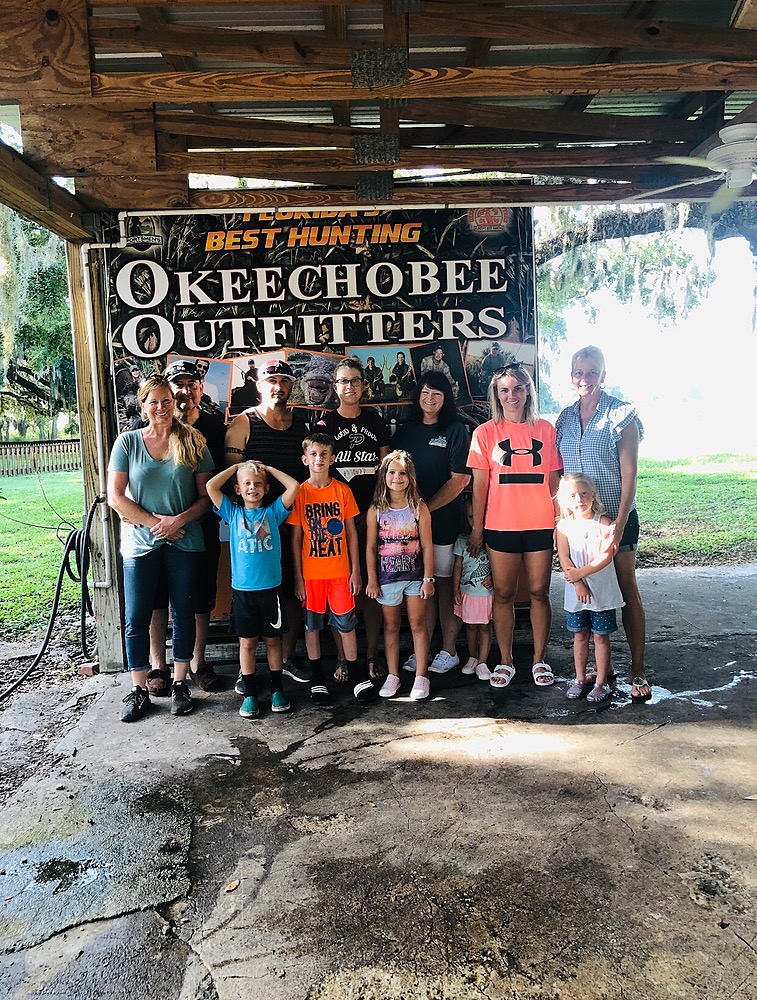 RIP sir. Danny and family hosted our entire family after my son Alan and I returned from Afghanistan and Iraq. So sad.
Jim Daigle
Friend
September 18, 2021
My son and I bonded over a hunting trip in which M. Danny personally saw that my son had his very first hog. It was an incredible experience for us - we had the chance to really take in what Florida and the the Good Lord provided us from his land. It was an experience that I will cherish and his simple but wise words to my son that morning when we went out for the hunt was something he brings up every now and then. I know he is home. God bless and may the sun shine on your face and fill with the glory of God. Steve and Fisher
Steve Greenfeld
Other
September 15, 2021
Showing 1 - 3 of 3 results