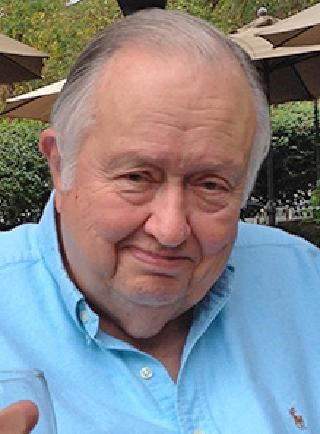 BORN
1933
DIED
2021
FUNERAL HOME
Bradshaw & Sons Funeral Home - Crisfield
306 W. Main St.
Crisfield, MD
Andrew Jackson
'Jack' Smith, 87
PRINCESS ANNE - Andrew Jackson "Jack" Smith passed away on Monday, November 1, 2021. He was born in Portsmouth, Va. on November 18, 1933, the son of the late Andrew Jackson Smith and Myrtle Owens Sickman.
Jack proudly served in the U.S. Army during the Korean from 1952 to 1955. He earned a Bachelor's Degree in Business Administration from the University of Maryland and entered the new world of computers.
Jack's extensive career began in 1962 at Radio Corporation of America (RCA); from 1967-1972 he was Department Manager for ARIES Corporation; from 1972-1975 with Argus systems Corp where he worked as a consultant to the National Farmers Organization (NFO) and in 1975 he worked with EDP Inc. and Value Engineering Corp. In 1976 he founded his own company, Automation Analysis Inc (AAI) and finally in 1984 he co-founded and was vice president of General Analytics Corporation where he remained until 1996.
While still a teenager, Jack's father, who lived in Napa, Calif., taught him to fly fish in the surrounding mountain streams. This became his life-long passion. Montana became the place where he could relax in the beauty of the mountains and streams. He loved every aspect of fly fishing from tying flies to frying the fish for dinner. Finally, after introducing his wife to fly fishing he purchased a home in Montana where summers and sometimes a ski trip in winter were enjoyed.
Jack owned two champion Standard Schnauzer dogs, "Augustus" who survives him and "Dancer" who preceded him in death. He enjoyed going to AKC dog shows to watch his Standard Schnauzers compete.
Jack was affiliated with St. Andrews Episcopal Church in Princess Anne. He was a member of Trout Unlimited as he was very concerned about trout streams. He was also a member of the Potomac Valley Standard Schnauzer Kennel Club. Jack's children and stepchildren were special to him. He provided caring support for them all along the way.
He is survived by his wife of 34 years, Suzanne Tawes Smith of Princess Anne; children, Michael Smith and wife Carol of Helena, Montana, Vicki Oland and husband Steve of Johnsville, Md., and Kenneth Smith and wife Renea of Frederick, Md.; step-children, Russell Morgan and wife Joyce of Crisfield, Greg Morgan and wife Robin of Rehoboth, and Dorrie Moon and husband Gary of Crisfield; grandchildren, Nicholas Smith, Kyra McCarthy/Mike, and Skylar Smith; step-grandchildren, Megan Wheatley/Mike, Lindi Smith/Tommy, Gregory Morgan, Nicholas Moon/Jessica, and Ashley Moon; step-great-grandchildren, Landry Wheatley, Morgan Smith, Miles Smith, Nathan Moon, and Abigail Moon.
A memorial service will be Saturday, December 4, 2021 at 11 a.m. at St. Andrews Episcopal Church in Princess Anne with Rev. Deacon Chris Sabas officiating. The graveside committal with military honors will follow at 1:30 p.m. at Rehoboth Presbyterian Cemetery.
In lieu of flowers, donations in his memory may be made to Somerset Animal Control, 7922 Crisfield Highway, Westover, MD 21871 or to St. Jude Children's Research Hospital, 501 St. Jude Place, Memphis, TN 38105.
Arrangements are in the care of Bradshaw & Sons Funeral Home. To send condolences to the family, please visit www.bradshawandsonsfuneralhome.com