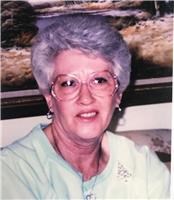 She was born in Eire, PA in 1928, spending her youth there until marrying her precious husband Leroy on August 7, 1948. The two were married for 72 years! The couple relocated to California in 1952 where she became "the quintessential old-school-mom," and, a most-devoted wife. Among several jobs throughout her life, she also had an illustrious career at the Northrop Corporation.

She is preceded in death by her father, Eugene "Pete" Schaal, mother, Edna Schaal, and her brother, William Schaal. The family will have a Celebration-of-Life at a time and date to be determined.

In lieu of flowers in her memory, consider donating to the charity or organization of your choice.
Published by New Times San Luis Opisbo from Jan. 8 to Feb. 7, 2021.
To plant trees in memory, please visit the Sympathy Store.
MEMORIAL EVENTS
To offer your sympathy during this difficult time, you can now have memorial trees planted in a National Forest in memory of your loved one.
MAKE A DONATION
Please consider a donation as requested by the family.
MEMORIES & CONDOLENCES
0 Entries
Be the first to post a memory or condolences.