BORN
1937
DIED
2018
FUNERAL HOME
Weinstein Mortuary
640 Farmington Avenue
Hartford, CT 06105
Lubin, Barry
Barry Lubin of Hartford, CT, and Becket, MA, died early on the morning of May 12, 2018 at the Hebrew Center for Health and Rehabilitation in West Hartford after a long illness. He leaves behind a grieving family: Elaine, his wife of 52 years; Rebecca, his cherished daughter and her partner Stephen Werthner; Gail Brooks-Lemkin, his sister; her sons Marc and Scott Brooks, and great-nieces and -nephew Sydney, Abigail and Owen; and Rita and Phyllis Rosen, his cousins. Step-grand-daughter and -son Erica and Jesse Catalano were very special to Barry, as were Elaine's nephews Adam and Noah Bertrand and their families; and her sister Andrea Singer, her son Scott, and his family. Barry was predeceased by his parents; his brother-in-law Alan Lemkin, and his sister-in-law Susan Bertrand.
A city kid, Barry was born in New Haven in July of 1937 to Rae and Martin Lubin. He attended local schools and graduated from Hillhouse High in the class of 1955. Then began a distinguished academic career studying mechanical engineering at the University of Connecticut, Yale University, and the Massachusetts Institute of Technology. Barry was awarded a doctorate from UConn in 1971. While there, he advised a student team who were entering the Urban Vehicle Design Competition, which was successor to the Clean Air Race.
During his long engineering career, Barry was employed by Hamilton Standard in Windsor Locks, CT; Dynatech in Cambridge, MA; and Combustion Engineering (later ABB and Westinghouse) in Windsor, CT. He was co-holder of a U.S. patent for an acoustic monitoring of tube vibration method. He was also a licensed Professional Engineer in Massachusetts and Connecticut. In 1980, he took a hiatus to serve in Washington as technical advisor to U.S. Congressman Don Ritter of Pennsylvania, at the time the only engineer in Congress. Under the auspices of an American Society of Mechanical Engineers (ASME) congressional fellowship, Barry worked primarily in the area of risk analysis. He was later named an ASME Life Fellow.
While a practicing engineer, Barry built a parallel career on the University of Hartford adjunct faculty. After retiring from the business of engineering in 2001, he continued to teach numerous courses until 2014. The final course that he co-developed was an all-university one on climate change. In 2007, Barry was given the Ramsey Award for Adjunct Teaching, specifically for directing the design and operation of two photovoltaic arrays, located atop the University's Lincoln Theater, which convert solar energy into electricity. He leaves a lasting imprint on the local engineering landscape and beyond through the many students that he inspired and encouraged.
A true Renaissance man, Barry was a civic activist and lover of the arts as well as an accomplished scientist. While living in the West End of Hartford, he presided over the West End Civic Association. Long involved in historic preservation projects, he was cited by the State of Connecticut Historical Commission for his work as Co-chairman of the Hartford Historic District Commission, "He has been the guiding force behind designation of the George Keller Local Historic District as Hartford's first such district." After moving from the West End, Barry lived in the Keller district for 33 years.
Barry was also an amateur artist in oils and watercolors, and especially a lover of music. Through the years, he and Elaine enjoyed many opera performances in Boston, Hartford, and New York. To celebrate his 70th birthday, they attended a two-weekend opera marathon at the Metropolitan Opera in New York City.
It would be amiss not to mention Barry's friends who have been sources of support during his illness, especially Subhash Chandra, Mike McGlamery, Joe Quinn, Gerry Winter, and Larry Albert. Best friends of the four-legged variety have also been sources of humor and companionship through the years, especially Dusty, Brown Sugar, Bubba, Buddy, Pearl, and Sam.
In Barry's memory, Elaine, Becky and Gail ask that you do whatever you can to fight Alzheimer's disease, which slowly, cruelly and shamelessly stole from him that which he valued the most. The Connecticut chapter of the Alzheimer's Association is located at 200 Executive Blvd., Suite 4B, Southington, CT 06489.
Arrangements are entrusted to Weinstein Mortuary, Hartford, CT. For further information, directions, or to sign the guest book for Barry, please visit online at www.weinsteinmortuary.com/funerals.cfm.
Barry's funeral service will be held in the chapel at Weinstein Mortuary on Wednesday, May 13, 2018, at 1 p.m. Burial will follow at Cedar Hill Cemetery in Hartford.
To plant trees in memory, please visit our Sympathy Store.
Published by The New Haven Register from May 14 to May 15, 2018.
MEMORIAL EVENTS
May
16
Funeral service
1:00p.m.
Weinstein Mortuary
640 Farmington Avenue, Hartford, CT 06105
May
16
Burial
Cedar Hill Cemetery
, Hartford, Connecticut
Funeral services provided by:
Weinstein Mortuary
MAKE A DONATION
Please consider a donation as requested by the family.
MEMORIES & CONDOLENCES
Sponsored by NHRegister.com.
8 Entries
Not a day goes by that I dont think of you. You are missed by all never to be forgotten
Andrea Y
May 8, 2020
Dear Elaine and Rebecca, Please accept my sincerest condolences. I only had the pleasure of meeting Barry once, last year at his 80th birthday party, but after reading his obituary in the Courant, I came to one inescapable conclusion. He was not only a fine gentleman, but also a truly professional engineer and an accomplished scholar.
Alan Vogel
May 17, 2018
Ana Bauer
May 15, 2018 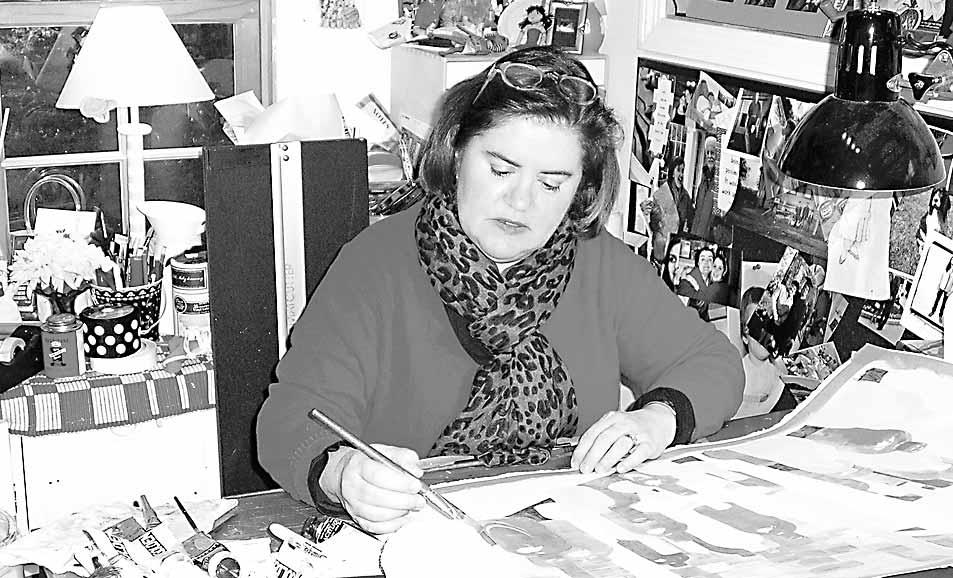 I had the pleasure of meeting Mr. Lubin through the watercolor classes at the New Britain Museum of American Art. He was a brilliant, talented, vastly interesting man. Both a gentleman and a scholar, Barry exhibited a tireless curiosity, an endearing sense of humor, and a vast love of family.

One might think that his stellar engineering career was his greatest accomplishment. Mostly and more importantly, one learned how to conduct a life of grace and courage through watching him. I will truly miss him in this world.

My prayers for his dear family.
Mary Smeallie
May 15, 2018
He was always smiling!
David Tolli
May 15, 2018
I want to extend my heartfelt condolences to the Lubin family on the loss of Barry Lubin. I worked with Barry at Combustion Engineering, and always considered him to be not just a great engineer, but a true renaissance man.
Thomas Pastor
May 15, 2018
Elaine, Becky and Gail, my heart breaks for us all. Barry was the best and I will miss everything about him. We will always have our memories to keep him with us forever.
Andrea Singer
May 14, 2018
My condolences to the family and friends of Mr. Barry. May you find comfort during this most difficult time. (Jeremiah 29:11)
Heather
May 14, 2018