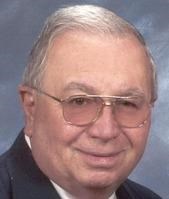 BORN
1932
DIED
2021
FUNERAL HOME
Bartlett Funeral Home
338 Court St
Plymouth, MA
Charles Polio
May 29, 2021
Entered into rest on May 19, 2021, Charles "Skip" Polio of Brewster, MA. Skip was born on December 4, 1932 in New Haven, CT, the son of the late Rose (Demaio) and Joseph Polio. He had 59 years of joy married to his loving wife, Judith (Ducotey).
He and Judith lived in Hamden, Connecticut for 35 years prior to their retirements and had four wonderful children: Charlene Polio of East Lansing, MI, Beth Polio of Brewster, MA, and the late Carol Polio and J. Michael Polio. He is also survived by a granddaughter, Sara Heins (Patrick Nadeau) and great-grand children Samuel, Maya, and Ellie Nadeau, all of Pittsburgh, PA.
Skip was raised in New Haven where he graduated from Hillhouse High School in 1950 and attended University of Connecticut, University of Bridgeport and New Haven College. He served as a weather observer in the Air Force with notable assignments in Greenland and Baffin Island.
At the age of 12 he began working at WNHC Radio in New Haven answering phones and delivering mail. When the station grew into one of New England's first television stations he also grew into the industry and, with breaks for college and military service, continued working in TV production until he was 24.
In 1957 he went to work for Sikorsky Aircraft as a test engineer and, ancillary to his work, discovered the world of computers which shortened his engineering career and created a whole new field of endeavor. He continued his computer work ending his career when he retired from LIMRA in Windsor, Connecticut in 1995.
While living in Hamden he served on the Board of Education and was active politically. He also served on the Archbishop's Lay Advisory Committee representing The New Haven Deanery. Moving to Brewster in 1999 he was an active member of St. Peter's Lutheran Church in Harwich, served as Treasurer of The Friends of Nickerson Park and was editor of The Retired Men's Club of Cape Cod newsletter for many years.
A memorial service is planned for Tuesday, August 24th at 12:30 pm at St. Peter's Lutheran Church, 310 Route 137, Harwich, MA, 02645. Interment will be in the columbarium in the church's Memorial Garden following the service. Contributions in Skip's memory may be made to the Memorial Garden Fund at the church.
Published by The New Haven Register on May 30, 2021.
To plant trees in memory, please visit the Sympathy Store.
MEMORIAL EVENTS
Aug
24
Memorial service
12:30p.m.
St. Peter's Lutheran Church
310 Route 137, Harwich, MA
Funeral services provided by:
Bartlett Funeral Home
MAKE A DONATION
MEMORIES & CONDOLENCES
Sponsored by NHRegister.com.
4 Entries
Charlene & Beth and family,
I was so sorry to hear about Skip's passing. I last saw him at a LIMRA Summer Outing when your Mom was still alive. I truly enjoyed our friendship and I was especially close with your Brother, Mike, who made a tremendous impact on my life. I will keep you all in my prayers and ask God to hold you all close as the memories that your Dad created for you help to keep his memory alive in your hearts forever.
Bette (Mayo) Conlon
Coworker
June 17, 2021 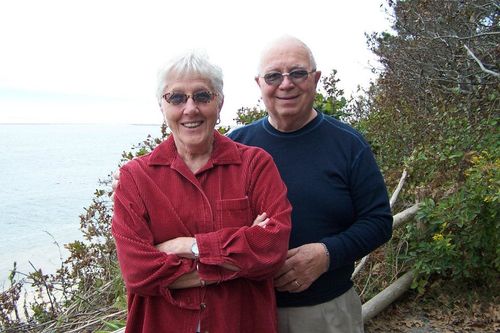 May the love of friends and family carry you through your grief. I worked for many years with Judy and had the pleasure of meeting and getting to know Skip. He was a great guide when we visited taking us all over the Cape. Both he and Judy were such a delightful couple.
Bobbie Lewis Sicignano
Friend
June 8, 2021
Skip was one-in-a-million. A gentle, intelligent cousin who cared deeply about his family and family history. It was important to Skip that we pass all this information down to my son, Dennis so it will not be lost. He checked and rechecked on this. The info is safe, Skip. It will be passed on! God bless. Joyce & Dennis Polio
Joyce Polio
Family
June 3, 2021
Skip and Judy were friends and neighbors in our Academy Hill neighborhood in Hamden. Our children were close friends of some
of their children. My condolences to Beth and Charlene and all of Skip's
family.
Jane Bouvier
Friend
June 2, 2021
Showing 1 - 4 of 4 results