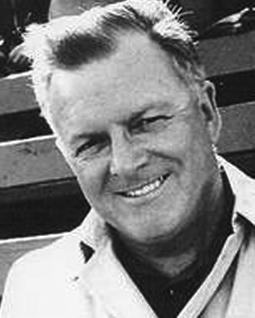 FUNERAL HOME
Sisk Brothers Funeral Home - Hamden
3105 Whitney Ave.
Hamden, CT
SMITH, DANIEL THOMAS In Cape Cod, MA January 2, 2014 Daniel Thomas Smith, 93, of Ridge Rd., North Haven. Husband of the late Nora Fox Smith. Beloved father of Maureen Howell of Willoughby, OH and Daniel T. Smith, Jr. of Union City, CA, brother of Eleanor Mahoney of Trumbull. Also survived by his cherished grandchildren Bethany Howell, Meghan Smith and Justin Howell. Mr. Smith was born in Fairfield, CT February 27, 1920 son of the late Eldridge and Anna (Farrell) Smith. He was a registered Civil and Mechanical Engineer and from 1946-1991 was Chief Engineer for the W.H. Milroy Co. Daniel served in the U.S. Navy during WWII from 1942-1946, the Navel Reserve from 1946-1968 and retired as a Naval Commander. Funeral from Sisk Brothers Funeral Home, 3105 Whitney Ave., Hamden, Tuesday at 9 a.m., Mass of Christian Burial at 9:30 a.m. in St. Rita’s Church. Calling hours are Monday from 4 - 8 p.m. Burial in Orleans Cemetery in Orleans, MA. In lieu of flowers contributions to St. Rita Church, 1620 Whitney Ave., Hamden, Ct 06517, or a charity of one’s choice. www.siskbrothers.com
Published by The New Haven Register from Jan. 3 to Jan. 4, 2014.
To plant trees in memory, please visit the Sympathy Store.
MEMORIAL EVENTS
To offer your sympathy during this difficult time, you can now have memorial trees planted in a National Forest in memory of your loved one.
Funeral services provided by:
Sisk Brothers Funeral Home - Hamden
MAKE A DONATION
MEMORIES & CONDOLENCES
4 Entries
We wish to extend our deepest sympathies at this difficult time.
The Staff of Nickerson Funeral Home
January 6, 2014
Dan and Nora are exceptional human beings of generosity, grace and wit. Though I miss them both, knowing that they are in each other's embrace, and God's, brings me comfort.
Devorah Fox
January 5, 2014
'Sending my sincere condolences to you, Maureen.
Maura Wilson Coppola
Marco Island, FL
January 4, 2014
Very sad to hear of Dan's passing.Truly and end of an era for us as we lose one of our true connections to Ridge Rd.I knew when I hung up the phone last week that this was coming.First time in the 25yrs I knew him that he did not have his usual confidence.Nora and Dan were great neighbors and Sarah and I will miss them both.Sincerly Bill Hadden
Bill Hadden
January 3, 2014
Showing 1 - 4 of 4 results