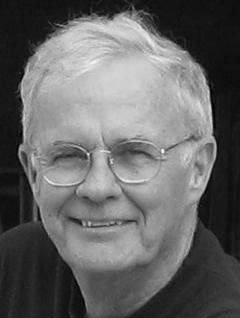 FUNERAL HOME
North Haven Funeral Home, Inc.
36 Washington Avenue
North Haven, CT
CROTHERS, DONALD M. Donald Morris Crothers, 77, of Northford, passed away on Sunday, March 16, 2014 at the Smilow Cancer Hospital with his family by his side. He was the husband of Leena Kareoja-Crothers for 54 years. Professor Crothers was born in Fatehgarh, India on January 28, 1937, son of the late Morris King Crothers and Florence Kittredge Crothers. He graduated summa cum laude from Yale in 1958 with a B.S. in Chemistry and earned a B.A. from the University of Cambridge two years later. He received his Ph.D. in Chemistry from the University of California, San Diego, in 1963. After a postdoctoral fellowship at the Max-Planck-Institut in Göttingen, Germany, he returned to Yale as a faculty member in the Department of Chemistry in 1964. Professor Crothers was named to an associate professorship in 1968, to a full professorship in 1971 and to the Alfred E. Kemp Professorship in Chemistry in 1985. At the time of his retirement in 2003, he was Sterling Professor of Chemistry and held a joint appointment in the Department of Molecular Biophysics and Biochemistry, of which he was a founding member. Though retired from Yale, Professor Crothers continued to work actively as a partner and scientific consultant for numerous biotechnology firms until shortly before his death. Among his many important services to Yale were the two six-year terms he served as Chairman of the Department of Chemistry (1975-1981; 1994-2000). He also served on numerous committees, including as Chair of the Faculty of the Arts and Sciences Advisory Committee on the Education of Women at Yale (1984). In the larger scientific world Professor Crothers was well known for the many remarkable insights into the structure and physical properties of nucleic acids that were generated by the research he and his students carried out over the decades. An outstanding research scientist, he won the Alexander von Humboldt Senior Scientist Award (1981), was named a fellow of the American Academy of Arts and Sciences (1986), and was elected to the National Academy of Sciences (1987). He was awarded the Emily M. Gray Award of the Biophysical Society (2008) for “significant contributions to education through creating rigorous, groundbreaking texts enriching generations of biophysicists,” an award which he shared with David S. Eisenberg of the University of California, Los Angeles. The two co-authored the 1979 text “Physical Chemistry with Applications to the Life Sciences,” which has become a standard textbook in the field. Professor Crothers was the father of Nina Crothers (Fred Nangle) and Kristina Crothers (Mark Skirgaudas); the grandfather of Sofia, Freya, Evan and Elena; and brother of Shirley Crothers Quinn and Susan Crothers. He is also survived by many relatives in the Pacific Northwest and in Finland. Funeral Services and interment were privately held through the North Haven Funeral Home, 36 Washington Avenue, North Haven (www.northhavenfuneral.com). A larger memorial service will be held later in the year.

To plant trees in memory, please visit our Sympathy Store.
Published by The New Haven Register from Mar. 22 to Mar. 23, 2014.
MEMORIAL EVENTS
No memorial events are currently scheduled.
To offer your sympathy during this difficult time, you can now have memorial trees planted in a National Forest in memory of your loved one.
Funeral services provided by:
North Haven Funeral Home, Inc.
MEMORIES & CONDOLENCES
12 Entries
I just learnt and I am heartbroken . Don was a brilliant scientist , terrific leader in his field and a most motivating mentor to me and others . I am forever indebted to him for his training .

shekhar Mitra , Cincinnati , Ohio
April 9, 2015
Leena, Sue and Shirley,
Don was an incredible man who truly made the world a better place by his work, character, love of family and the force of his personalty. I shall miss him terribly!

Herb Triplett
Herb Triplett
April 16, 2014
What a loss. I was a classmate of Don's in Salem High School and always knew he would go far in whatever he chose to do.
God Bless him and his family.
LoAnne Mundinger Johnson
April 15, 2014
Sorry to hear of Don's passing. We knew each other from Jr. High , classmates, and team mates.
Gordon Domogalla
April 14, 2014
What sad news. Don and I lived in the same neighborhood all through school as kids. He was not only the smartest person I ever met, but one of the nicest as well. Always able to think outside the box, and always the best at everything he did.
Jim Knapp
April 13, 2014
Jonathan Edwards College at Yale mourns the loss of one of Yale's most distinguished chemists and one of JE's most distinguished graduates and fellows. As the current head of the college I pay tribute to Don's wisdom, counsel and generosity over many years. Something big has gone out of the world with his loss.
Penelope Laurans
March 29, 2014
Don was on my mind quite often since I left Yale. He was very bright and very caring. He was my model on how to interact with my students. I would like to take this opportunity to connect with my old acquaintances; my email is [email protected]
Shen Yang
March 29, 2014
Dearest Don
You hold a very special place in my heart. I learned so much while working in your lab during my graduate studies. I am in awe with your numerous groundbreaking scientific discoveries.
Minou Bina
March 27, 2014
Don's intellect and his compassion for his students are fondly remembered by all of us who were lucky enough to work with him. Rest in peace, Don.
Robert Topper
March 25, 2014
I will love and miss you always, dear brother.
Susan Crothers
March 23, 2014
Don was one of the pillars of our faculty and one of Yale's most respected
members of the international scientific community. His 1979 book "Physical
Chemistry with Applications in the Life Sciences" with David Eisenberg of
UCLA had a huge and enduring impact on my own thinking and research. They
were really the first to connect physical chemistry with biology in a
meaningful way, and they did it with an engaging, lively style. For
example, they pointed out that although the reaction of sugar with oxygen
is thermodynamically favorable, owing to the kinetics, "one rarely sees a
fire in a sugar bowl." I still turn to the book to keep my thinking
straight. Don will be sorely missed at Yale and around the world.
Thomas Pollard
March 23, 2014
Leena, Margery and I are terribly sorry for your loss.
Don was a wonderful partner, advisor and contributor to each of the six venture funds he helped me with over 27 years. We will all miss his intellect, humor and as you noted, his fairness.
Don is one who clearly made the world a better place.
Rick Blume
March 22, 2014
Showing 1 - 12 of 12 results