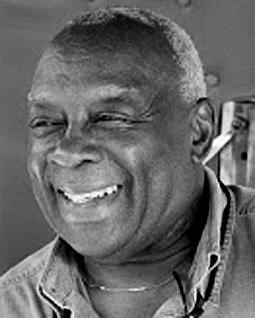 OSBORNE, ERNEST Ernest L. Osborne died on Thursday, May 1, 2014, at his home in Heritage Hills, Somers, New York, after a lengthy illness. He was 81 years old and a resident of Somers for 22 years. Ernie was born in Harlem, New York, the son of Ernest L. and Alma Chatman Osborne. He played many distinguished roles in public service, holding major positions of importance and influence. He was a visionary who helped renew urban neighborhoods, directed philanthropic organizations and foundations, exerted leadership in educational and social services, assisted business, government and community organizations, and worked with organizations devoted to solving problems and affecting social change. Ernie pursued three fundamental goals that exemplified his life-long commitment to give back to the community: to help people to live with dignity at work, in their homes and in our country. Even as a teenager, he and his friends pulled together a series of dances for the youth in his Harlem neighborhood, helping to provide a healthy environment where youngsters could meet and mingle, out of harm’s way. Ernie served as a senior executive at Yale University, where President Kingman Brewster appointed him Director of the Yale Council on Community Affairs. President Brewster became an important mentor and guiding force for Ernie, giving him the confidence to pave new professional paths. Surrounding Yale were neighborhoods characterized by deep poverty and urban decay. Middle-class communities bordered the areas as well. Working initially for the New Haven Redevelopment Agency and then for Yale, Ernie brought many different community factions together to help rejuvenate New Haven’s inner-city neighborhoods and gain recognition for the city by the Federal government and urban planners as one of the premier urban renewal programs in the nation. In another career milestone, Ernie was appointed Executive Director of the Sachem Fund, a private family foundation focused on supporting cutting-edge organizations. Under his trailblazing leadership, Sachem supported organizations and causes that addressed social, economic and environmental issues, as well as education, women’s rights, regional planning, health and housing advocacy. His most important contribution as head of the Sachem Fund was to provide funding to establish the first community-based Hospice initiative in the U.S., located in Branford, Connecticut. He was only the second African American invited to become a member of the Council of Foundations. Ernie was also one of the founders of the Association of Black Foundation Executives (ABFE), which celebrated its 40th anniversary several years ago. During the administration of President Jimmy Carter, Ernie was appointed Deputy Undersecretary for Intergovernmental Affairs in what is now the Department of Health and Human Services. He was an active member of the agency team that worked with Congress to enact regulations ensuring quality day care regulations for infants and children in homes, schools and institutions. After visiting the Thailand Refugee Resettlement Camps, he became a driving force within HHS to elevate to the Office of the Secretary, the responsibility of refugee resettlement for Southeast Asian refugees, which led to an historic and successful program. Ernie also held senior positions at Travelers, in the Koch administration in New York City, and SEEDCO. His “give back to the community” philosophy brought many opportunities to serve in volunteer roles. He was president of At Home in Somers, a member of the board of directors of the Katonah Museum of Art, and a trustee of more than twenty other non-profit organizations over the course of his illustrious career. Ernie was the recipient of many awards, including the prestigious Distinguished Service Award from the U.S. Department of Health and Human Services and the Outstanding Service Award from the White House Initiative on Historically Black Colleges and Universities. He was the first person named Philanthropist of the Year by the Connecticut Chapter of the National Society of Fund Raising Executives. Ernie was predeceased by his son, Warren, and his first wife, Edith Elizabeth Kimbro. He is survived by his wife, Barbara Miller Osborne; his sister, Christine Hammond (R. Vincent); his sisters-in-law, Kay Miller and Marilyn Ward; his daughter, Elizabeth Osborne; his stepchildren, Richard Brinser (Monica), Teresa Clas (Victor del Pozzo), Susan Pelletier (Claude) and Steven Brinser (Sally); 11 grandchildren, two great-grandchildren; a host of nieces, nephews and cousins; and a multitude of friends. A memorial service will be held in the near future. In lieu of flowers, donations may be sent in Ernest Osborne’s name to Maryknoll Fathers and Brothers, P.O. Box 302, Maryknoll, NY 10545-0302; or to Hospice and Palliative Care of Westchester, 311 North Street, White Plains, NY 10605.
Published by The New Haven Register from May 5 to May 6, 2014.
To plant trees in memory, please visit our Sympathy Store.
MEMORIAL EVENTS
To offer your sympathy during this difficult time, you can now have memorial trees planted in a National Forest in memory of your loved one.
MAKE A DONATION
MEMORIES & CONDOLENCES
16 Entries
A visionary and best friend a person could have.
Diana Gabriel
April 30, 2019 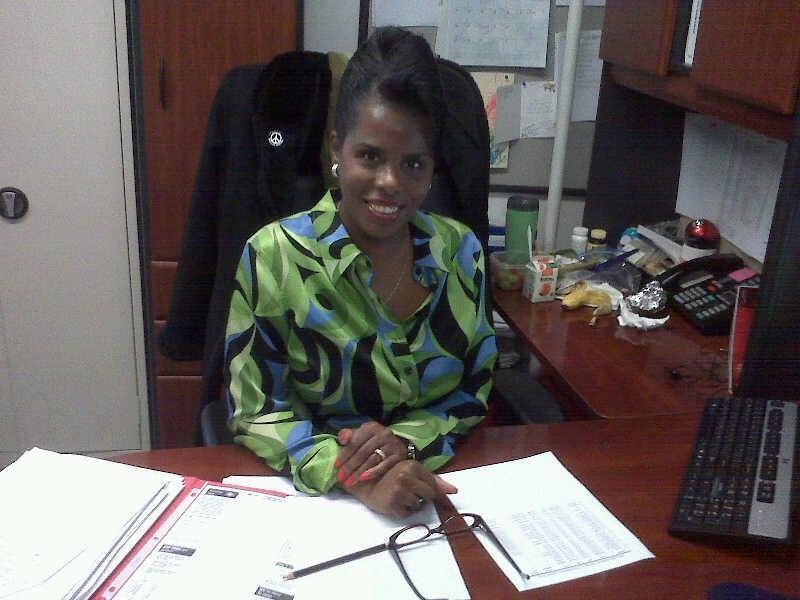 So sorry to hear that Ernie about Ernie's passing.. I just learned of Ernie's death today. I was online looking for information about Senior stay at home options and recognize him a video for Aging at home. I google him and learned that he passed away last year...I met Ernie and his wife serveral years ago at A&P in Mt. Kisco, NY. We would bump into each other fridays. I was instantly drawn to his warm and friendly smile, he reminded me of my dad. So sorry to hear about his passing, my condolences to his family.
Wanda Hughes-Greene
March 30, 2015
I feel so lucky that uncle Ernie came into my life. He helped me be the best social worker I could be. He was honest and caring. Ernie was such a role model that I would love to be for someone else. What a amazing person that will never be forgotten.
Jeanmarie Miller
August 5, 2014
Can only second all that has been written Ernie was the major force and inspiration in my life and career. His great smile, firm understanding and kind words will always be remembered. So blessed to have known him....
Richard Dozier
June 9, 2014
Ernie was such an amazing and special person. We are so grateful for the times we were able to be with him and Barbara and were blessed that he became part of our family.
We will miss him.
Nancy and Bob Munson
June 6, 2014
Working with Ernie at the Travelers Foundation was not only the highlight of my long career, but also the beginning of a lifelong friendship with both Ernie and his loving wife Barbara. Knowing them is a gift I will treasure always. You are in my thoughts often, dear Barbara, and always in my heart - Jan
May 14, 2014
Ernie was my best friend and mentor for 40 years. I miss him and always will. To honor Ernie's legacy I will do my best to pass on the wisdom and love he gave me.
Diana Gabriel
May 13, 2014
Uncle Ernie was one of the best people I have known in my life and I am so blessed that I had him as an uncle, a mentor and a friend. I felt I was very special to him but, anyone who knew him would tell you that too because he made everyone feel special in a very sincere way, he knew how to shine a light on others and was truly a man of integrity, humility and generosity. His life is an example of how to spread love and understanding and to do whatever you can for others. I will miss his hugs most of all. - His loving niece Nancy Jean Ward.
Nancy Ward
May 10, 2014
I met Ernie a few years ago when he was President of At Home In Somers and knew right away that he was a very special person. We both got involved with Swapping Stories, an intergenerational program with middle school children here in Somers. It was wonderful working with him. We often laughed that we were both called Ernie. My full name is Ernesta but I'm called Ernie. So he became Ernie O. and I became Ernie D. I never thought I'd have to be worried about having the same name as someone else. He will be missed by all who knew him.
Ernie DelNegro
May 8, 2014
The obit describes much of what made Ernie so remarkable and memorable. Let me just add on a more personal level that he was an inspiration, role model, mentor and steadfast friend. A true prince of a human being. Marilyn and I send our love and support to Barbara and the entire family.
Hugh Price
May 7, 2014
Ernie was a good individual. He had a smile and a good word for all he met.
The Osborne family should be comforted by the love of the many friends supporting you at this time.
John Artis Yopp
May 7, 2014
I had the honor of working with Ernie on the Board of At Home in Somers. His intelligence, wit, kindness and creativity knew no bounds. May you rest in peace, Ernie. We love you.
Fausta and Mike
May 6, 2014
All of us at Gramatan Village will remember Ernie - he was such a force for the aging in community movement in Westchester. He will be missed.
Julie Dalton
May 6, 2014
Dorothy and Loring Mandel extend their profound regrets, their fondness for Ernie and Barbara was boundless and their respect equally so.
May 6, 2014
I worked for Ernie during his time at HRA in New York City. Ernie was an ocean of calm reason in a sometimes chaotic environment. I was proud to call him "boss" and even prouder to call him "friend." My heartfelt sympathy to Barbara and the rest of Ernie's family. We will all miss him.

Donald Woods
Donald Woods
May 6, 2014
Dear Barbara and family,
Thinking of you and sending prayers. May beautiful memories give you comfort at this sad time.
Peace and love,
Aurette DeCuffa (Maryknoll)
May 6, 2014
Showing 1 - 16 of 16 results