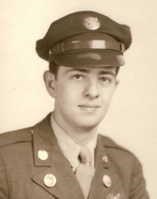 BORN
1924
DIED
2019
Clay, Eugene
Eugene Bouton Clay, 95, passed away peacefully on July 22, 2019, in Cohasset, MA, surrounded by his family. For 57 years, Eugene and Enid Wharton Clay, to whom he was married for 60 years, lived in Milford, CT, where they raised their four children. Following Enid's death in 2009, Eugene moved to Cohasset, residing for the past ten years at the home of his son Thomas Clay and wife Sarah Peacock.
Eugene was born in East Orange, NJ, on February 9, 1924, to Katharine Bouton Clay and Clifford Clay. A veteran of World War II, Eugene flew nearly 100 missions over "The Hump" and earned the Distinguished Flying Cross, the Bronze Star, and the Air Medal. Following his return from the War, he attended Yale University and graduated in the Class of 1949. During his college days, he met Enid, a school teacher and the love of his life. They married in 1949. He spent much of his career at US Electrical Motors in Milford, retiring as national purchasing director. He was active in Milford politics and in the First United Church of Christ, Congregational.
Mr. Clay is survived by his four children, Carol Clay (Prescott) Wiske of New Haven, CT; Eugene Jr. "Chip" (Barbara) of Fairport, NY; Thomas (Sarah Peacock) of Cohasset; and Katharine Clay (John Wareham) of Middletown, CT. Eugene was the proud grandfather of Clay Wiske (Bay Hudner) and Alexander Wiske of New York City; Eugene Bouton Clay III (Vickie) of West Irondequoit, NY; Michael Clay (fiancée Virginia Glenn Tindall) of Charlotte, NC; Shaylin Clay (Wyatt Wolfram) of New York City; John Clay and Lucy Clay of Cohasset; Hannah Wareham (Kristie Hammer) of Northampton, MA; Maxwell Wareham of Turners Falls, MA; and Phoebe Wareham of New York City. He is survived as well by three great-grandchildren: twins Sienna and Brooklyn Clay of West Irondequoit, and Miles Hammer of Northampton. Eugene was predeceased also by his sister, Katharine Clay Williams; brothers John Clay; Richard Clay; and his twin, Albert Gladwin Clay.
A celebration of Eugene's life will be held on Saturday, September 21 at 3 pm at the First United Church of Christ, 34 West Main Street, Milford, CT. In lieu of flowers, contributions may be sent in his name to the Memorial Fund of the First United Church of Christ, 34 West Main Street, Milford, CT 06460, or to the charity of one's choice. The family gives special thanks and appreciation to Eugene's daughter-in-law Sarah Peacock for her loving care of their dad. The family also acknowledges the staff of VNA Hospice, Needham, MA, particularly Alex Wellemeyer and Blandine Dorenville, for their care and kindness during Eugene's recent illness. 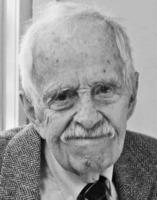 Published by Middletown Press & The New Haven Register on Aug. 10, 2019.
To plant trees in memory, please visit the Sympathy Store.
MEMORIAL EVENTS
Sep
21
Celebration of Life
3:00p.m.
First United Church of Christ
34 West Main Street, Milford, CT
MAKE A DONATION
Please consider a donation as requested by the family.
MEMORIES & CONDOLENCES
Sponsored by NHRegister.com.
3 Entries
A great neighbor, friend, mentor and role model. My deepest sympathies to all the family.
Michael Pasenelli, Mechanicsburg, PA
August 12, 2019
My condolences. Your dad was about the nicest man I ever knew. I loved hanging out with him when Chip and I were together. Just a great guy and father.
Ron Stark
August 12, 2019
One of the nicest, most knowledgeable men I have
known. Always ready to help. My deepest condolences to you all.
robert pasenelli
August 11, 2019
Showing 1 - 3 of 3 results