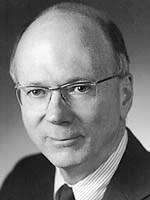 BORN
1935
DIED
2019
FUNERAL HOME
Iovanne Funeral Home
11 Wooster Place
New Haven, CT
Dineen, Francis Xavier
Francis Xavier Dineen, of Hamden passed away September 25, 2019 in Connecticut Hospice. Born January 6, 1935 to Edythe Sheehan Dineen, a teacher at Prospect Heights High School in Brooklyn, NY and Francis Xavier Dineen, Sr. a New York City attorney. Frank graduated from Poly Prep County Day school. He attended Dartmouth College, graduating in 1956. He was in the Naval Reserves while at Dartmouth and was commissioned as an Ensign in the USNR upon graduation. He served 2 years at the Pentagon, having been elevated to the rank of Lieutenant jg. Following his service in the Naval Reserves, he attended Yale Law School, graduating in 1961. Shortly after graduating law school, Frank worked for New Haven Community Progress Inc. (CPI) as a community lawyer in the Wooster Square area, which had been funded by the Ford Foundation. After CPI dissolved the program at Wooster Square, Frank was appointed the head of the Legal Aid Bureau by Mayor Richard C. Lee. Thereafter, the Legal Aid Bureau merged with the newly created New Haven Legal Assistance Program, where Frank served as Deputy Director for many years. Most recently Frank has been Senior Counsel and Deputy Director. Frank was one of the longest-serving legal services lawyers in the country. He is credited with reinventing landlord/tenant practice in Connecticut and has been involved in many landmark cases, even arguing two cases before the United States Supreme Court. Frank also taught at Yale Law School Clinic for many years teaching topics such as CT Landlord/Tenant Law, Supreme Court Practice & Procedure, CT Pleadings and CT Appellate Practice. Providing access to the legal system for people who formerly had no means of obtaining representation and who were desperately in need of representation in the defense of their cases was one of Frank's highest callings. Frank loved to teach and would say that teaching is an act of love. Frank received many accolades and awards over his long career including the Distinguished Service Award from Yale University; the Charles Parker Award for Legal Services; the CT Law Tribune Pro Bono Award; the Yale Women's Teaching Award; and the Access to Justice Award from New Haven Legal Assistance. Frank was designated a James W. Cooper Fellow by the Connecticut Bar Foundation in 1994. Frank is survived by his wife, Renee Goldstein Dineen, his two children, Douglass "Fugan" Xavier (Amy) Dineen and Julie (Shawn) McCannon, 3 grandchildren, Caroline, Alec and Reece and his nephew James (Chip) Dineen Jr.
Relatives and friends are invited to attend a Mass of Christian Burial Saturday morning at 10:00 in St. Michael Church 29 Wooster Place in New Haven. Burial will follow in Grove Street Cemetery. In lieu of flowers, donations may be made to the New Haven Legal Assistance Association or a charity of your choice. The Iovanne Funeral Home, Inc. is in care of his arrangements. Share a memory and sign Frank's guest book online at www.iovanne.com.

Published by The New Haven Register from Sep. 25 to Sep. 26, 2019.
To plant trees in memory, please visit the Sympathy Store.
MEMORIAL EVENTS
Sep
28
Mass of Christian Burial
10:00a.m.
St. Michael Church
29 Wooster Place, New Haven, CT
Funeral services provided by:
Iovanne Funeral Home
MAKE A DONATION
Please consider a donation as requested by the family.
MEMORIES & CONDOLENCES
Sponsored by NHRegister.com.
10 Entries
To the family,
Truly very sorry for your loss. Frank's knowledge, ability and his genuine decency were respected by all who knew him. I never met a finer gentleman.
Howard Orenstein San Diego
Howard Orenstein
April 10, 2020
In 1986, I was an Assistant State's Attorney and Frank Dineen was my opponent when we argued Kelly v. Robinson, 479 U.S. 36 (1986), in the United States Supreme Court. The issue was whether criminal restitution was dischargeable in bankruptcy. We did not agree on the legal issues, but Frank always maintained the highest degree of civility and professionalism. On the merits as well, Frank was an extremely worthy opponent. He was creative in his arguments and he knew the bankruptcy code well -- much better than I did. I think that, for both of us, it was the professional thrill of a lifetime.
Frank, and his enlightened approach to the legal advocacy, will be missed.
Carl J. Schuman
Judge, Superior Court
Carl Schuman
October 19, 2019
Frank was my first boss in my nascent legal career. Right out of law school, anxious to be part of the community of lawyers doing what we then called poverty law, I landed a job at New Haven Legal Assistance while my then boy-friend, now husband finished up at Yale Law. It is impossible to imagine a better way to start a career as a lawyer. Frank was an amazing mentor and friend. He taught me how to be a lawyer, how to interact with (and respect) our clients and how to aim for and achieve excellence. I worked with him on the first landlord tenant case that he eventually argued in the Supreme Court and (as by then we were living in Washington, DC) I got to see him argue the case. I have thought about Frank frequently over the years, how much he achieved and how much difference he made in the lives of many people -- his law colleagues, the many Yale Law students who interned in the office and the people in the community who benefited from his legal skills and deep humanity. Rest in peace, Frank; you will be missed.
Ruth Greenspan Bell
September 27, 2019
I was privileged to have been mentored by Frank.
He provided excellent guidance for a then young lawyer. He also exemplified excellence in the manner in which he represented indigent persons and causes, and in the way in which he comported himself in everyday situations.

Later I had the privilege of officiating at the wedding of Frank to Renee, and of being in their presence for many years.

What a void. But we must be grateful for his presence and his legacy.

Clarance Jones
Judge (Ret'd)
Clarance Jones
September 26, 2019
Frank always was a legend among advocates for justice. His example continues to inspire.
Florence Roisman
September 26, 2019
I was a law student at New Haven Legal Aid in 1967 and 1968. Frank was already legendary. A great loss but a great and inspiring life for hundreds of law students and lawyers as well as the thousands of low-income clients he helped.
Robert Sable
September 26, 2019
There are few lawyers -- and few people -- I admire as much as Frank Dineen. He was my instructor in the Yale Law School Landlord-Tenant clinical in the early 1990s, and I was lucky enough to work with him on several cases. Frank inspired me and generations of law students with his intelligence, skill, tenacity, and deep commitment to serving those who could not afford to hire counsel. When I moved to Washington, D.C., to join a large, international law firm, it was he that I called for advice, rather than any of the firm's distinguished litigators, when I first had to go to court against a tough adversary. This was a man with the ability to do anything he wanted in the law; he was as skilled as any large-firm litigator I have encountered in 26 years as a lawyer and judge. His choice to dedicate his entire career to leveling the playing field for indigent persons places him among the great lawyers -- and great human beings -- of his generation.
Michael Shea
September 26, 2019
A heroic example to me and many, many others of what a lawyer can strive to be. Dedicated, passionate, courteous, nurturing, deeply insightful, eloquent, and much more. Like so many others I have spent my entire legal career being grateful for Frank's presence and being inspired - that's not too strong a word - by his example.

He was a true Tzaddik. May his family be comforted and may his memory be for a blessing.
David Rosen
September 26, 2019
A wonderful man with a deep commitment to Legal Services. Always willing to help those in need and truly a caring man who loved to pass his knowledge onto the thousands of students and co-workers who looked up to him and admired him throughout the years. He was an icon in the Legal Services Community and will be missed. May God comfort Renee, his family, co-workers, friends and students during these difficult days. Rest in Paradise.
Mary Loftus
September 25, 2019
Frank is held in universally high esteem by all who have encountered him. Not just a brilliant man, Frank was as fine a man as you could hope to know. I was lucky to know him. My condolences to his wife and children.
Woody Hoyt
September 25, 2019
Showing 1 - 10 of 10 results