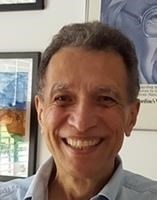 Tavares, Frank
Frank Tavares, age 75, passed away on December 30, 2019, at his home in Coral Springs, FL. He was formerly from Hamden. CT. Frank was best known as The Voice of National Public Radio, serving as the voiceover talent for the network's funding credits for over 30 years. While at NPR, he also served as Director of Specialized Audience Programming. He moved to CT in 1989 and began a long career as Professor of Communications at Southern Connecticut State University in New Haven. Frank also was an author; a collection of his short stories, "The Man Who Built Boxes" was published in 2013. He retired and moved to Florida in 2016. In late 2019, Frank was diagnosed with ALS. He is survived by his wife Jennifer Levin-Tavares, daughter Ana Tavares, sons Ben and Justin (Kim) Tavares sister Ellen Dutton and grandchildren Quinn and Amelia.
A Memorial Service will be held at Cong. Mishkan Israel, 785 Ridge Road, Hamden, Monday, January 20, 11:00 a.m. Donations in Frank's memory may be made to Cong. Mishkan Israel, the Eli Whitney Museum, 915 Whitney Ave., Hamden, CT 06517, or your local NPR station.
Published by The New Haven Register on Jan. 6, 2020.
To plant trees in memory, please visit the Sympathy Store.
MEMORIAL EVENTS
Jan
20
Memorial service
11:00a.m.
Cong. Mishkan Israel
785 Ridge Road, Hamden, CT
MAKE A DONATION
MEMORIES & CONDOLENCES
Sponsored by NHRegister.com.
12 Entries
Dr. Tavares, or, Frank as I later knew him, changed my life forever. I used to whine about his reading quiz at 8:01 every class, or complain about never being able to leave early. I finally asked him, "why don't you dismiss us early, even on the first day?" He looked at me, leaned in a little and smiled. Then he said the words that completely turned the light bulb on for me, and changed the whole trajectory of my life. Frank said, "high school prepares you for college. My job is prepare you for the real world. You make sure to come see me the day an employer lets you go home early because it's the first day." I rarely look back at people from my past with more fondness than I do for Frank Tavares. That most certainly wasn't our last interaction, it was the beginning of a long lasting friendship.

You will be missed my friend. I hope you are smiling down on all the people who's lives have been made better, just because they knew you. Condolences to all of Frank's family and friends.
Mike Moccia
Student
January 18, 2021
A consummate professional with a quick smile, who cared about students learning outcomes, and treated adjuncts and FT people the same. With respect.
K W
January 13, 2020
I am so so sorry for your loss, My heart broke today when I read about Frank, Jenn as you know Frank was so special to me as are you kids I was cutting Franks hair since he moved to Connecticut. And when you all moved he always kept in touch.. I miss him and will always think fondly of him! He is an amazing man! We are all so lucky to be blessed by this talented.. loving , caring man! I will always be thankful he came into my life! Kathy Raucci from tangles Hair Salon
Kathy Raucci
January 12, 2020 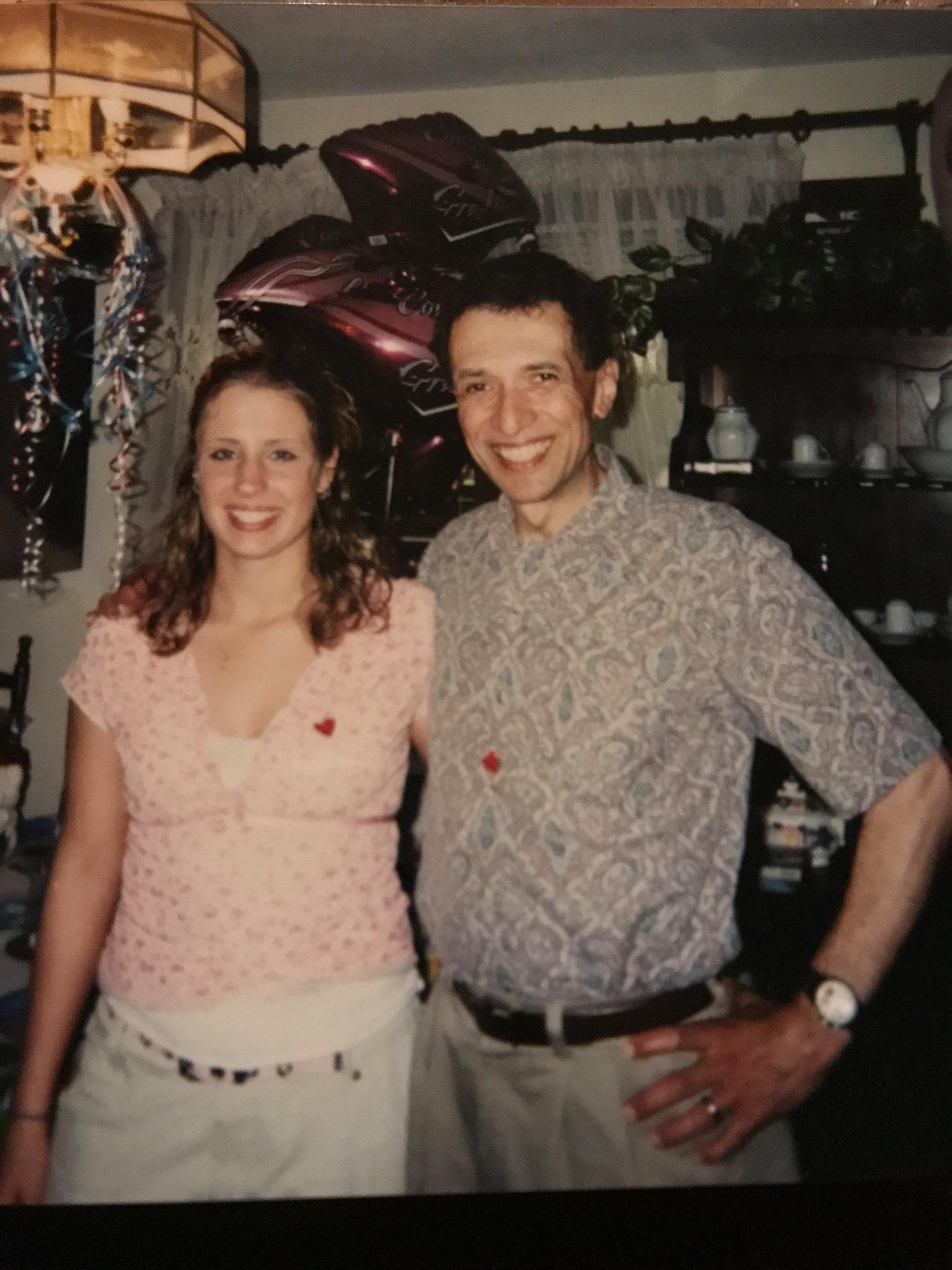 Bunny Rodriguez (Recchia)
January 9, 2020
I had the pleasure of being Frank's Dean for a number of years. He was a gifted teacher and a stimulating colleague not only to the professors in Communications but to the entire university. Every student I met who was lucky enough to have Frank as a professor only had words of praise for him. Ed Harris, Dean Emeritus, SCSU
Edward Harris
January 8, 2020
Frank was not only a inspiring teacher but a very gifted fiction writer. I had the honor of publishing his short story in Connecticut Review. The words he has left behind will continue to resonate and keep his spirit alive. Vivian Shipley, English, SCSU
vivian shipley
January 8, 2020
A dear colleague always open to helping and always there with a smile. I will miss him. Rest in peace.
Joe Panza
January 7, 2020
Wonderful guy. M.C.
Mark Cameron
January 7, 2020
I never had him as a professor at SCSU, but he did a guest spot in a copy writing class I took in '06 where he did a mock NPR promo in EXACTLY 30 seconds with the clock facing *away* from him. It was one of the most tremendous feats of broadcasting I've ever seen in person. RIP sir
G. B.
January 6, 2020
I worked with Frank as air personalities at WLBK in DeKalb, Illinois in the mid 1960's May Frank's memory be only for a blessing. Shalom
Jerry Halasz
January 6, 2020
I worked with Frank in the mid to late 60's at WLBK in DeKalb, Illinois. He was a good friend and co-worker on the air.
Jerry Halasz
January 6, 2020 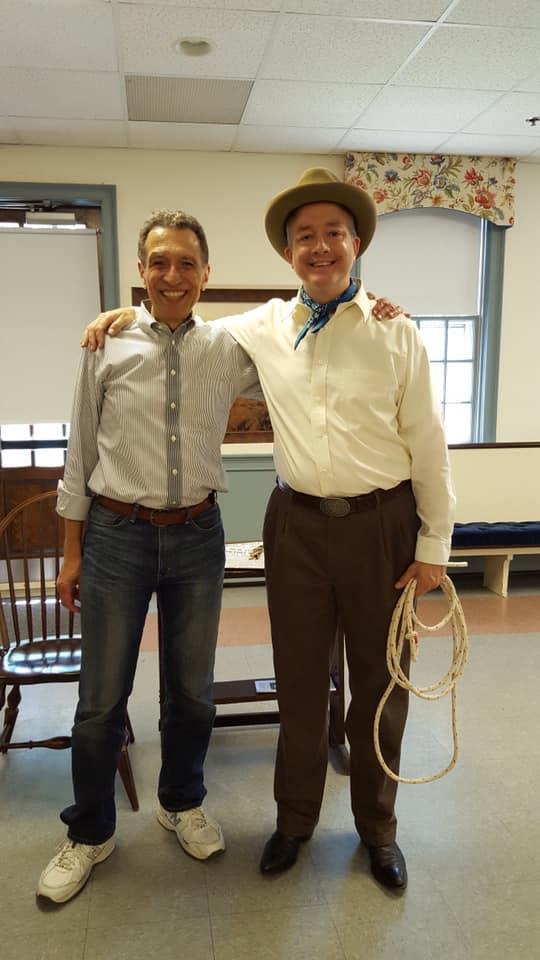 Frank was a wonderful friend and mentor to me for more than 25 years. He was my professor at Southern Connecticut State University and we connected on a lot of things -- communication, the space program, theatre, and also found out that we both spent time in Rockford, Illinois. My condolences to his family and friends -- what a guy he was!
Rob Cork
January 6, 2020
Showing 1 - 12 of 12 results