FREDERICK CHARLES SPREYER Jr.
1943 - 2015
BORN
1943
DIED
2015
FUNERAL HOME
West Haven Funeral Home, Inc.
662 Savin Avenue
West Haven, CT
SPREYER, FREDERICK CHARLES, JR. Frederick Charles Spreyer, Jr., 72, of Grandview, NY died on February 18, 2015, at New York Presbyterian Hospital, following a sudden cardiac arrest. Mr. Spreyer, known as Rick, was born on January 2, 1943, the son of the late Frederick Charles Spreyer, Sr. and Shirley Spreyer Murray. Throughout his life, Rick lived in a variety of places including New York, Cape Cod, Washington D.C., and Hawaii. He was, however, a native West Havener and maintained many long time friendships. Rick attended Choate Rosemary Hall School and George Washington University. He held BS and MA degrees in English Literature from Southern Connecticut State University. He was a writer, a teacher and the founder of Lore Communications, a firm offering public affairs services to companies involved in environment and energy related issues. Early in his career he was Vice President of Pacific Resources, Inc., a Honolulu-based oil and gas company and later he directed the State of Hawaii’s Business and Economic Development office in Washington, D.C. He was also a consultant to the U.S. Senate Committee on Governmental Affairs and worked for the US Department of Energy. He leaves his wife of 27 years, Janice Perlman, a brother, Richard (Nancy) Spreyer, a sister, Jeanie (Louis) Cedrone, two nephews, a niece, and six grandnephews all from West Haven. Rick’s West Haven family has planned a Memorial to be held on Saturday, March 28th at 11:00 a.m. at the Church of the Holy Spirit, Church St., West Haven. For online condolences please visit www.westhavenfuneral.com
To plant trees in memory, please visit our Sympathy Store.
Published by The New Haven Register from Feb. 23 to Feb. 24, 2015.
MEMORIAL EVENTS
Mar
28
Memorial service
11:00a.m.
Church of the Holy Spirit
Church St., West Haven, CT
Funeral services provided by:
West Haven Funeral Home, Inc.
MAKE A DONATION
MEMORIES & CONDOLENCES
Sponsored by NHRegister.com.
5 Entries
thanks for the memories Rick! we are all pilgrims passing through.I will see you on the other side.
Russell sperry
March 20, 2015
thanks for the memories! we will meet again on the other side.
March 17, 2015 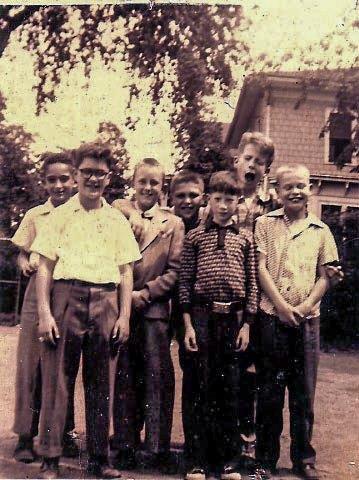 Rick was a Union School and West Haven High good friend. We shared some great childhood events and it is sad we will not attend the 55th reunion together. A childhood photo is attached, demonstrating Rick's sense of humor. John Moore
John Moore
February 25, 2015
I was shocked and saddened to learn of Rick's sudden passing. We were friends for more than 50 years, and I have wonderful memories of his wit, intelligence and generosity. I want to offer my condolences to his family and West Haven friends.
Matthew Jennett
February 25, 2015
We will miss cousin Rick dearly; his sense of humor, his stories and his poetry will be missed at family gatherings. His lost is a great lost. The Wilson clan grieves. Our deepest sympathy to Janice and the family.
Maureen and George Collins
February 24, 2015
Showing 1 - 5 of 5 results