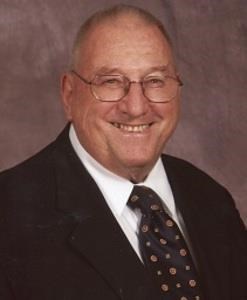 BORN
1929
DIED
2017
FUNERAL HOME
North Haven Funeral Home, Inc.
36 Washington Avenue
North Haven, CT
George Robert Stephens, Jr., was called home to the lord on Friday, July 7, 2017, at Connecticut Hospice in Branford. He was born on November 10, 1929, in Springfield, Massachusetts to the late George R. and Edna (Amundson-Grant) Stephens; the oldest child of two. He was a graduate of Agawam High School (1947), University of Massachusetts Amherst (Summa Cum Laude 1952), Yale School of Forestry (Master of Forestry 1958) and Yale University (PhD 1961). George married Irene Mary Hackett on September 8, 1951, in Agawam, while a senior at UMass. Together, they had seven children and were one month shy of celebrating their 55th wedding anniversary at the time of her passing in 2006. He was a First Lieutenant in the United States Army and served from 1952 – 1957, in the 1st Armored and 4th Infantry Divisions. George was stationed at Fort Knox, KY; Fort Hood, TX; Germany and Fort Polk, LA. He began his career as an assistant scientist in 1958 at the Connecticut Agricultural Experiment Station in New Haven and retired in 1997 as Chief of Forestry and Horticulture. George's true calling was to the diaconate and he was ordained a Permanent Deacon in 1981, serving the parish of St. Frances Cabrini in North Haven until 2015. He touched the lives of many people while sharing his strong faith. Our father was a quiet and unassuming man; he led by example. He enjoyed the simple pleasures of life – a good meal, a glass of wine, gardening and fishing. Left to honor and remember George's name are his seven children, Timothy, North Haven, CT; Lynne (Eric) Baxter, Bayboro, NC; Ellen (Michael) Ganz, Billings, MT; Matthew, Riverdale, MD, Charlotte (William) Robbins, Old Saybrook, CT; Mark, North Haven, CT and Kristina, Clinton, CT; 15 grandchildren, 7 great grandchildren; his beloved sister, Karen (James) Betz , Huntingtown, MD, many nieces, nephews, great nieces and great nephews. He was predeceased by his loving wife, Irene. George will be remembered for his humble manner, yet strong presence. Memories of his kindness and generosity will be cherished by all. Family and friends may call at the North Haven Funeral Home, 36 Washington Avenue, Wednesday from 4 to 8 pm. A Mass of Christian burial will be celebrated on Thursday morning at 10:00 in St. Frances Cabrini Church, 57 Pond Hill Road, North Haven. Interment with full military honors will follow in All Saints Cemetery. In lieu of flowers, memorial contributions may be made to the Office of Radio & Television, Archdiocese of Hartford, 15 Peach Orchard Road, Prospect, CT 06712-1052. www.northhavenfuneral.com