BORN
1927
DIED
2016
FUNERAL HOME
Beecher and Bennett Funeral Home - Hamden
2300 Whitney Avenue
Hamden, CT
WILDMAN, GEORGE R. George R. Wildman, age 88, grew up in Watertown and resided many years in Hamden, passed away on May 22, 2016 in the care of Vitas Innovative Hospice at St. Mary’s Hospital in Waterbury. George was born in Waterbury on July 31, 1927, a son of the late Abil P. & Martha Schulte Wildman. He was predeceased by his wife Gertrude “Trudy” Steinle Wildman in 2013 and brothers Emil & Philip Wildman. He is survived by his son Karl G. Wildman & his wife Joy of Hamden; his grandchildren Kelsea, Alexa & Regan Wildman and several nieces & nephews. A US Navy Veteran, George was a cartoonist & children’s book illustrator. He acquired many achievements in his career; in April of 1982, the National Cartoonists Society awarded him “Best Cartoonist, Humor Division.” Random House contracted George to illustrate a classic Popeye “Pop-Up Book” which was in conjunction with the Robert Altman film. It became a best-seller and is on display at the Smithsonian Institution. George was also invited to produce a painted wooden Easter egg for the 1983 White House Easter event. This egg is also housed in the Smithsonian. His pencils, inks and paints graced publications published by Disney, Hanna-Barbera, Time Warner characters along with countless designs for various businesses. George received the Popeye Fan Club’s Lifetime Achievement Award and performed a sketching show to a standing-room-only crowd. A return visit to Chester in 2004, to celebrate the 75th anniversary of Popeye. Recently, the National Cartoonists Society, Connecticut Chapter, presented George with a Lifetime Achievement Award. He continues to receive mail from Popeye fans around the world. Until his death, George and son Karl operated their own advertising agency, producing a wide variety of original characters and many individual self-produced products which he continues to offer. A fine example is the 2015 Brother George Holiday Ornament. George was a former Charter Member of the Hamden Elks Lodge # 2224 and a Honorary Member of the Masonic Harmony Lodge # 42. Friends may visit with his family on Thursday, May 26th, from 4:00 to 7:00 PM at BEECHER & BENNETT FUNERAL HOME, 2300 Whitney Avenue, Hamden and may attend his Prayer Service beginning at 5:00 PM and Military Honors at 6:45 PM during the calling hours. Interment will be private. Contributions in George’s memory may be made to Vitas Charitable Foundation, 199 Park Road Ext, Middlebury, CT 06762. For further information or to send a condolence to his family please see: www.beecherandbennett.com 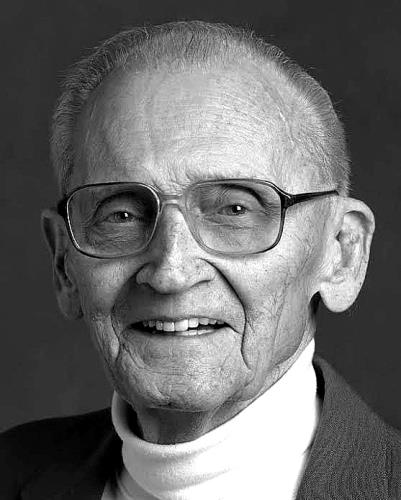 Published by The New Haven Register from May 24 to May 25, 2016.
To plant trees in memory, please visit the Sympathy Store.
MEMORIAL EVENTS
May
26
Visitation
4:00p.m. - 7:00p.m.
Beecher and Bennett Funeral Home - Hamden
2300 Whitney Avenue, Hamden, CT
May
26
Prayer Service
5:00p.m.
Beecher and Bennett Funeral Home - Hamden
2300 Whitney Avenue, Hamden, CT
May
26
Service
6:45p.m.
Beecher and Bennett Funeral Home - Hamden
2300 Whitney Avenue, Hamden, CT
Funeral services provided by:
Beecher and Bennett Funeral Home - Hamden
MAKE A DONATION
MEMORIES & CONDOLENCES
Sponsored by NHRegister.com.
8 Entries
I learned of George's passing today. I am deeply saddened as George was very close to my mother, Virginia (Virg'n - as George called her) Worden Peterson, his cousin. I have some really neat photos of he and my mom in 1992, plus he with me and my children posted to FB today when I had the great pleasure of finally meeting him and many others of my mom's family, back-east.
Our thoughts, prayers, and deepest sympathies to his family!!!!
Troy Peterson
Family
September 21, 2016
So sorry I didn't learn of George's passing until now. I knew George from the Charlton Comics days, and I still have an autographed Popeye cover! He was a terrific guy.
Cathleen Titus
August 18, 2016
It was a real privilege to know George -- a real gentle man and a gentleman. Always nice to see his family! My condolences to them.
Robin Caron
May 26, 2016
Very sorry to learn of Mr. Wildman's passing. A wonderful man and a wonderful family. My condolences.
Larry Lazaroff
May 26, 2016
Sending our thoughts and prayers to the Wildman family during this difficult time.
Todd & Bobbi Ogren
May 26, 2016
Another great from the field of comics has left us. My sympathy to Karl and the rest of his family and friends. Thanks for all the great Charlton work you did, you will live on with this legacy of memorable art and stories that gave me and many others years of enjoyment.
Michael "Mikey Plague" Wills
May 26, 2016
Dear Karl, Joy and family-we are so sorry to hear about your loss. Our thoughts and prayers are with you.
Joanne Scafati
May 25, 2016
My wife is a nurse at Atria. Mr. Wildman was nice enough to draw Popeye pictures for my grandchildren. I went to Atria one day to thank him and we talked for close to an hour. He was an impressive man. It was a privilege to meet him.