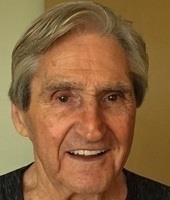 BORN
1934
DIED
2021
FUNERAL HOME
North Haven Funeral Home, Inc.
36 Washington Avenue
North Haven, CT
Henry V. King
Henry V. King, 87, of New Haven, passed away peacefully on Tuesday, June 29th, 2021, at home with the love and support of his family. He was the beloved husband of the late Ellen Lucille (Tyznik) King. Henry was born in New Haven on January 10th, 1934 and was the son of the late Jacob and Millie Ercolano King. He proudly served his country in the US Army during the Korean Conflict. Henry was an electrician with the I.B.E.W. Local #90 for many years until his retirement. He loved watching his granddaughter play sports, enjoyed painting portraits and landscapes, driving his two-seater convertible sports car, and was learning how to play the electric guitar. He was a sports enthusiast and a big fan of the New York Yankees and New York Giants. Henry was the father of Stacey King Pavano and her husband Thomas Pavano, and grandfather of Samantha E. Pavano. He was the brother of Kenneth King and his wife Cynthia, Richard King and his late wife Barbara, and the late Robert King and his wife Carol. He was also survived by many nieces and nephews.
Family and friends are invited to go directly to the Office of All Saints Cemetery, 700 Middletown Avenue, North Haven on Wednesday morning, July 14th at 9:45 and follow his funeral procession to the graveside for a catholic funeral service at 10:00 with full military honors. In lieu of flowers, contributions may be made to The Leukemia & Lymphoma Society, 3 Landmark Square, Suite 330, Stamford, CT 06901 in Henry's name. The Havens Family, North Haven Funeral Home, 36 Washington Avenue have been entrusted with the arrangements. www.northhavenfuneral.com..

Published by The New Haven Register on Jul. 11, 2021.
To plant trees in memory, please visit the Sympathy Store.
MEMORIAL EVENTS
Jul
14
Memorial Gathering
9:45a.m.
Office of All Saints Cemetery
700 Middletown Avenue, North Haven, CT
Jul
14
Funeral service
10:00a.m.
graveside
CT
Funeral services provided by:
North Haven Funeral Home, Inc.
MAKE A DONATION
Please consider a donation as requested by the family.
MEMORIES & CONDOLENCES
Sponsored by NHRegister.com.
7 Entries
we miss you all the time hen, may god be with you ellen n diane in our hearts forever!
cookie
December 12, 2021
Dear Ellie and Stacey, We were so saddened to hear of the passing of Hank. We have many fond memories that we will always carry in our hearts. Love to you both
Albert and Anita Pikosky
August 16, 2021
My deepest sympathy to Kenny, Richie and family. I'll always remember the fun and laugh's we had in the van driving to Millstone. Hank was a very sincere person and he will be missed...... RIP Brother
Sal DePino
Work
August 10, 2021
I am just seeing this sad news for the first time. My condolences go out to Richie, Kenny and the entire King family. I worked for Henry at Calhoun College back in the mid 80´s. He was a good GF and a true gentleman. RIP brother
Dan Lajoie
Work
July 14, 2021
my dearest brother in law henry your love for my sister ellen, your daughter stacey, and grandaughter samantha knew no boundries, you were above and beyond a wonderful happy gracious and christian human being, you and ellen will forever be in my heart, rest in peace with gods blessings!
cookie
Family
July 14, 2021
So sorry for your loss. I will always appreciate all he taught me about the trade when I was a apprentice. Loved when we used to play touch football together in the fall. I will miss him but his memories will live with me forever. RIP Hank
John Johnson
July 12, 2021
My sincere condolences, l am sorry for your loss.
Tony Chialastri
July 11, 2021
Showing 1 - 7 of 7 results