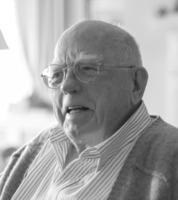 Howard Smith was born on September 10, 1919 on a farm in Brunswick, VT that had been in his father's family since 1714. The house had no electricity, plumbing, telephone, or central heating until the 1930s and the family insulated the farmhouse in winter by piling it with snow. Local roads were neither paved nor plowed and he attended elementary and middle school in town, spending winters in a boarding house and summers working on the farm, fishing and trapping muskrats, which he sold to Sears, Roebuck & Co. to earn money for his clothing. The farm's barn had burned to the ground in the early 1920s, devastating the family's finances. The insurance company declined to cover the loss and the family took on debt, eventually losing the farm to foreclosure when Howard was in high school.

With the family farm, his fishing poles and traps gone to auction, and his savings account lost in the bank failures of the Depression, Howard did not see a future in farming. Encouraged by his uncle Louis Marshall to pursue an education, Howard decided to become a physician. Dartmouth and University of Vermont were too expensive, so he set his sights on Keene Normal School, a teaching college in Keene, New Hampshire (now Keene State College) which offered him a scholarship on the condition he agreed to teach for at least two years after graduating. Working in a bakery at night and studying during the day, he graduated salutatorian of his class from Keene in 1942 and earned a scholarship to Tufts University School of Dentistry, from which he graduated with honors in 1945. Exempt from the military draft, he completed Oral Surgery Residencies at both Harvard and Yale. While in New Haven, he applied to Yale University School of Medicine and set up a dental practice to pay his way. By the time he was enrolled in medical school, he was debt free, had money in the bank and owned the office building where his practice was located.

Following graduation, Howard married his classmate, Dr. Ora Kingsley, enlisted in the Air Force and assumed a post with the Air Military Transport Service at Andrews Air Force Base in Washington, D.C. After two years in the service, Howard and Ora returned to New Haven to complete their residencies at Yale New Haven Hospital, Howard in Otolaryngology and Ora in Internal Medicine. Many years later, Howard reflected that marrying Ora Kingsley was "the best thing that happened to me. I gained a partner for life."

Upon completing residency, Howard invited his intern, Dr. Eiji Yanagasawa, who had arrived at Yale New Haven Medical Center from Tokyo as a Fulbright Scholar, to join him in practice in what would become the New Haven Hearing & Speech Center. Later, they were joined by Drs. Robert S. Rosnagle, Keat-Jin Lee and Gordon Strothers.

Over the course of his 43 years in medicine, Howard built a robust private practice in Otolaryngology and Maxillofacial Surgery and helped thousands of patients, but he never forgot his commitment to teaching. During his long teaching career, he trained generations of medical students, published over 130 scientific papers and wrote over 650 lectures for medical residents. To improve his teaching technique, he apprenticed with a former patient and master tool and die maker at Winchester Repeating Arms and acquired the skills to design and build a ground-breaking apparatus for filming his own operations, eventually producing over 40 teaching films and DVDs.

When he retired from Yale in 1989, he immediately took up a pro bono position as Professor of Otolaryngology and Head and Neck Surgery at Columbia University School of Medicine in New York. During his years at Columbia, he established Chairs in Otolaryngology and Pediatric Otolaryngology and helped renovate the Otolaryngology Department, improving the facilities, equipment and recruiting. Beginning in 1990, he traveled to Honduras four times each year to treat indigent residents with facial birth defects common in the Honduran population. In concert with the University of Honduras, in 1997 he established a Honduran General Plastic Surgery Residency to train Honduran surgeons in that specialty. Howard retired from active teaching in 2009 at the age of 90. In 2014, seventy-two years after granting him a degree in education, Keene State recognized his extraordinary contributions to medicine, education and public service by awarding Howard an honorary Doctor of Science degree.

Howard was a lifelong student as well as a teacher. He enjoyed working with his hands and applied his metal and woodworking skills to restoring antique wooden boats, restoring antique furniture and building his own. He loved having his children and grandchildren join him in his workshop. He took up painting in his 80s, going straight for oil because he didn't think he had time to learn drawing and perspective.

As a child in Vermont, Howard learned to ski on rudimentary wooden skis, welcomed the opportunity to continue skiing on modern equipment as an adult and continued skiing well into his 80s. As his family grew, he treated his extended family to memorable ski trips to Austria and Utah. His combined skills in medicine and skiing permitted him serve as Vice-Chair of the Alpine Medical Committees for the 1979 World Cup and 1980 Winter Olympics in Lake Placid.

Howard was a dedicated and generous father and grandfather, providing his family with the educational and cultural opportunities denied to him by the circumstances of his childhood. He encouraged all members of his family to pursue higher education and follow his example of community service and continuous self-improvement.

The family is deeply grateful to the many people who supported Howard with love, friendship and compassion during his final years.

Howard will be remembered for his fierce determination, devotion to his wife Ora and their family, many private acts of generosity and compassion, and his unwavering belief in hard work and the enduring and transformative power of education.

Funeral arrangements will be private. The family will announce plans for a memorial service at a later date. In lieu of flowers, the family suggests donations to The Mory's Association, https://www.morys1849.org/