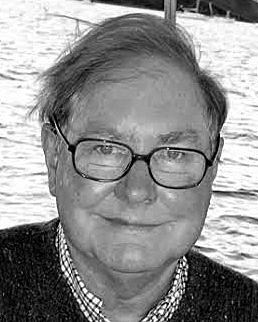 BORN
1943
DIED
2014
FUNERAL HOME
Hawley Lincoln Memorial
424 Elm Street
New Haven, CT
GEMMILL, JOHN HENRY John Henry Gemmill of New Haven, CT, Southwest Harbor, and Franklin Maine, had a gentle death in the early hours of December 6, 2014 after a year of valiant, optimistic experiments fighting melanoma. Alongside was his wife, Stacey McGlone Gemmill, to whom he had been so very happily married since 1974. They had made their home in Guilford Connecticut from 1975 until 2013. The son of Ann-Mari Andersson and Henry Gemmill, John was born March 25th 1943 in Washington D.C. John and his sisters, lived and were educated in several U.S. cities, as well as in London and Paris as a result of his father’s career with The Wall Street Journal. After graduating from Yale University (B.A. 1965), he served as a Lt. JG in the U.S. Navy 1965-67. From 1968 until 2013, he continuously practiced architecture in Connecticut primarily with Architectural Services of Milford, CT and for an architect and friend John immensely admired, Robert Page, Architect, of Stony Creek, CT. A skilled yachtsman, in the years immediately after college John enjoyed chartering Hinckleys which he and friends took often into the Bay of Fundy and later, with Stacey’s family and their friends, sailed in warmer waters of New England and the Caribbean. In 2001 John commissioned a J32 sloop which the Gemmills sailed out of the Noank Shipyard until last year. The remarkable resources of art, music, and literature at Yale University, and in New York City were a major component of his family’s cultural life and social life. To all with whom he shared his life and work, John provided extraordinarily thoughtful, steadfast, affectionate friendship and skills. He was a generous and gracious host, a terrific uncle. John was predeceased by his parents and by his sister, Elisabeth Izenour and by a brother-in-law he hugely liked and admired, the late Steve Izenour. In addition to his wife, he is survived by his sister Ann-Mari Gemmill of Takoma, Park, MD, a beloved sister-in-law Jamie McGlone duPont of Washington, D.C., nieces Ann-Kristin Izenour Stefany, Tessa Izenour, Juliana Ratner, Samantha duPont, Hilary duPont and two nephews, John Izenour of Southwest Harbor, Maine, and Blake Ratner of Penang, Malaysia; there are as well several great nieces and a great nephew and six cousins. There shall be only private celebrations of John’s lucky, happy life. As gestures of sympathy and memorials, his family will certainly be grateful for contributions to Doctors without Borders,https://donate.doctorswithoutborders.org/onetime, Partners in Health https://donate.pih.org/give and/or the Henry Gemmill Scholarship Fund c/o the Franklin Historical Society, P.O. Box 317, Franklin Maine 04634. Arrangements are with the Hawley Lincoln Memorial, 493 Whitney Ave., New Haven.
Published by The New Haven Register from Dec. 9 to Dec. 10, 2014.
To plant trees in memory, please visit our Sympathy Store.
MEMORIAL EVENTS
To offer your sympathy during this difficult time, you can now have memorial trees planted in a National Forest in memory of your loved one.
Funeral services provided by:
Hawley Lincoln Memorial
MAKE A DONATION
MEMORIES & CONDOLENCES
Sponsored by NHRegister.com.
3 Entries
On behalf of the Franklin Historical Society I would like to extend our condolences from all our Board and members. The Gemmill family has always been dear to us and a great benefactor to Franklin students who apply for college scholarships (as established by Henry). My best wishes to you all at this time of sorrow. Irene Obermann, Henry Gemmill Scholarship Chair
December 10, 2014
Dear Stacey,

I am very sorry about your husband's passing. I will pray for you and the family. Pass on my condolences to the whole family.
Maria Huling
December 10, 2014
John Gemmill was a true intellectual and kind man. He was a great friend and husband to dear Stacey and will be missed by us all. Sail on, John!
Patricia DeChiara
December 9, 2014
Showing 1 - 3 of 3 results