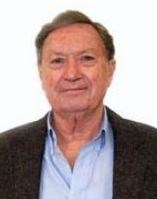 BORN
1937
DIED
2020
Parker, Dr. L. Craig
Dr. L. Craig Parker, psychologist and professor emeritus at the Henry C. Lee College of Criminal Justice and Forensic Sciences at the University of New Haven, died peacefully at home on December 31, 2019 at age 82. Craig was born in Lewiston, Maine in 1937, the son of Virginia (Moulton) and Lawrence Craig Parker. He grew up in Branford, CT, and graduated from Hopkins Grammar School in 1955 and Bates College in 1960, where he was the Captain of the Tennis Team at both schools, and remained an avid tennis player throughout his life. He received his Ph.D. at SUNY-Buffalo and had taught at the University of Wisconsin-Milwaukee and the University of Alberta before starting the Criminal Justice Program at UNH in 1972. Known internationally as a criminal justice scholar, he had studied in a variety of countries including Great Britain, Canada, Sweden, Iceland, Finland, Denmark,The Netherlands, China and Japan. Dr. Parker received Fulbright Research Scholarships in both Japan and Finland. He had been a Visiting Scholar at Columbia Law School and a Visiting Faculty Fellow at Yale University. He was the author of five textbooks and numerous articles and had led student groups to London field studies. An important contribution was his initiation of exchange programs among American, Chinese, and Japanese scholars in the field starting in the 1980's when such collaboration was rare. Dr. Parker was predeceased by his wife and companion of many years, Christine (Trawczynski) Parker. He is survived by his daughter, Jennifer (Parker) Frost, her husband, Rob Frost, and two grandchildren, Daniel and Margaret Frost, all of Hanover NH; a sister Judith (Parker) Cole of Lexington, MA; nephews Alex Cole and family of Chelmsford, MA, and Stephen Cole and family of Medfield, MA; and Christine Parker's grandson, Steven Gray, of Madison, CT. A private family celebration of Craig's life will be held in the spring. In lieu of flowers, memorial contributions may be made in Craig's name to the Virginia M. Parker Endowed Scholarship at the University of New Haven, c/o Office of Advancement, 300 Boston Post Road, West Haven, CT 06516, or to Scranton Memorial Library, 1250 Durham Road, Madison, CT 06443, where he had been a resident for 48 years.
To plant trees in memory, please visit our Sympathy Store.
Published by Shoreline Times & The New Haven Register from Jan. 9 to Jan. 10, 2020.
MEMORIAL EVENTS
No memorial events are currently scheduled.
To offer your sympathy during this difficult time, you can now have memorial trees planted in a National Forest in memory of your loved one.
MEMORIES & CONDOLENCES
Sponsored by NHRegister.com.
7 Entries
I am Thomas Ekbom from Stockholm, Sweden. I and Craig were real close friends. We met each other in the field of criminology where we both wrote books about crime and punishment. We also met person to person, in Sweden, Finland and USA. At one time we were preparing to write a book together. Craig had intelligence, a great heart and a lot of humour.
When times went tough in USA he asked me to find out the possibilities for him to settle in Sweden. I really enjoy remembering a vacation when I stayed with Craig in his summer house in Maine and how well he did his taking care of guests job. He introduced me to many of his friends and one of them gave me a cap with the words USS Connecticut SSN 92. I still wear it. I also remember the many nice times with Craigs family. I really appreciated to be with Chris and I enjoyed to be with their daughter Jennifer. To me Craig was a great brother and will always look back with warmth when I think of him.
Thomas Ekbom
Friend
January 3, 2021
I'm very sorry to hear of Craig's death. Craig was always intellectually curious, and I enjoyed my conversations with him at the local coffee house in town. Requiescat in pace.
Paul Hitchcock
December 9, 2020
Dr. Parker and Dave Maxwell were hands down the best instructors I ever had. Rest In Peace. #UNH88
Lance
Student
May 11, 2020
I do feel sorrow to hear about the death of my dear dear old friend Craig. I loved his kindness and humour.
Thomas Ekbom Stockholm [email protected]
Thomas Ekbom
April 20, 2020
I benefited from Dr. Parkers wisdom and concern for the students within Criminal Justice at UNH. He was always available to encourage and advise which meant the difference. Fondly remembered, Retired NHPD detective Tom Morrissey, Jr.
Tom Morrissey, Jr.
January 11, 2020
My husband and I have known Craig for many years and were saddened to hear of his death. Craig always had an interesting story to tell over the numerous cups of coffee we shared. My husband and I were blessed to have known him.
Jeann Terrazzano
January 11, 2020
I was fortunate to have Dr. Parker in his first semester teaching at UNH. I'll never forget the lessons from the book "I'm Okay, You're Okay" that he tried to implement upon a group of police officers.
Ultimately, I enjoyed two more classes with him and carry many of his lessons with me today.