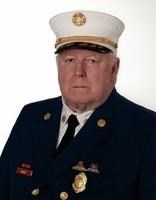 BORN
1950
DIED
2021
FUNERAL HOME
Iovanne Funeral Home
11 Wooster Place
New Haven, CT
Michael Edward Grant
Michael Edward Grant, Chief of the New Haven Fire Department (Retired) passed away June 13, 2021 in Yale New Haven Hospital. He is the loving husband of Beth Davidson Grant. Born in New Haven on October 24, 1950 son of the late Edward and Jane Coffey Grant, Mike was appointed to the New Haven Fire Department in 1972. He was assigned as Assistant Drillmaster of the New Haven Fire Dept. Regional Fire Training Academy from 1979-1984, attaining the rank of Lieutenant in 1981. Mike was appointed as Drillmaster in 1984 and served in that capacity until 1996, during which time he attained the rank of Captain. In 1996, he attained the rank of Assistant Chief of Operations, a position he served in until 2003. In 2003, Mike was appointed the 15th Chief of the New Haven Fire Department; a position he held until 2013. During his outstanding 42-year career with the department, Mike received many honors and awards including 4 Medals of Merit, 32 Unit Citations and the Medal of Valor. The Medal of Valor is the second highest award the New Haven Fire Department can bestow upon one of its members, given for an act involving great personal risk during firefighting or emergency operations. On May 18, 1983 while being in the vicinity of an alarm and arriving before the apparatus he entered the building without fear for his own safety to rescue people reported trapped on the second floor. Crawling into the apartment he grabbed the victim lying on the floor with the upper portion of his body on fire. While dragging him out of the room a flash-over occurred and Grant lost his grip on the victim and sustained burns to his own body. With the room heavily involved with fire he was forced into the hallway and with the fire cutting off his only means of escape he reluctantly was forced to abandon his rescue in order to save himself. He was a member of many civic and professional associations, where he made many long lasting friendships with fellow member of fire service and fire chiefs, including the Metropolitan Fire Chiefs Association, an international association of fire chiefs which he was honored to serve on its Executive Board until his retirement. He was also a member of the National Fire Protection Association, the NFPA 1710 Technical Committee, International Association of Fire Chiefs, Connecticut Career Fire Chiefs Association and the Adriatic Marchegian Club of Derby. He was honored as Firefighter of the Year in 1983 by BOX 22 Associates and inducted into the State of Connecticut Firefighters Association Hall of Fame in 2013. Mike had a deep love and profound respect for fire service and the members he worked with. He is the proud father of Michelle Grant, Kristen Grant (Stuart Green), and Patrick Grant, Lieutenant, NHFD. Brother of Ann Oliwa, Mary ("Sam") Thomas, and the late Jane ("Ziggy") Grant, and Fred and William Grant. Grandfather of Brandon Thomas, Sean Green and Ian Green. Also survived by several nieces and nephews including niece Jane Kozey who resided with him for several years.
Visiting hours for Chief Grant will be held Thursday evening from 4:00-8:00 in the Iovanne Funeral Home, Inc., 11 Wooster Place in New Haven. A Mass of Christian Burial will be celebrated in St. Mary's Church, 5 Hillhouse Avenue in New Haven Friday morning at 10:00. Burial will follow in Mount St. Peter Cemetery. In lieu of flowers, memorial contributions may be made the New Haven Fire Dept. Benevolent Association, 952 Grand Ave., New Haven, CT 06511. Share a memory and sign Mike's guest book online at www.iovanne.com. 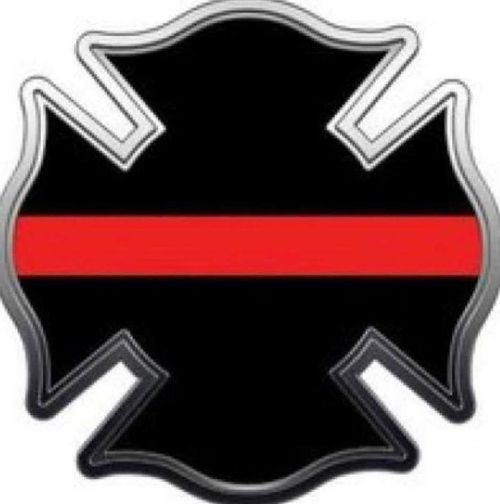 Beth and the Entire Grant Family ...

So sorry to hear of Mike’s passing. I He was such a wonderful guy! He was a real true American hero and more
robert coughlin
Friend
June 16, 2021
So sorry to hear of Mike's passing he was a great friend and loyal customer as well as a credit to his department, Rest In Peace Mike, God Bless the Grant family
Mike Maraucci Okeh Barber Shop
Friend
June 15, 2021
To Chief Grants entire family I express my deepest condolences in his passing. I have known Mike since 1973 the year I started in the NHFD.
Not only a great firefighter but a greater person you could not find. Take peace in knowing we all meet again.
D DiVito
Capt NHFD Ret.
Dave DiVito
Coworker
June 15, 2021
Beth and the Entire Grant Family,

I would to extend to you my deepest sympathy and my heartfelt condolences in your loss. Michael was a man loved by everyone and he truly was a friend of mine. I was very fortunate to have him as my Operations Chief and the City of New Haven was bless to have him as their Chief. Michael loved the Fire Department as his family, which I personally considered to be part of, as his brother in this unique occupation. Beth, May God Bless You and Keep you and your family during this time of sorrow.

So sorry to hear of Mike’s passing. I’ve known him for many years. He was such a wonderful guy! He was always there when someone needed him. He was a real legend!

Barbara Cotter
Friend
June 15, 2021
Beth, Mi, Kri, & Rick you are all loved so much. I don’t need to tell you what a great guy Mike was. I know how much he’ll be missed but he lives on in each one of you and the boys! He left us with endless amusing quips and we are all better for having known him. May he rest. XOXO
Nina Sonsini
Friend
June 15, 2021
Showing 1 - 19 of 19 results