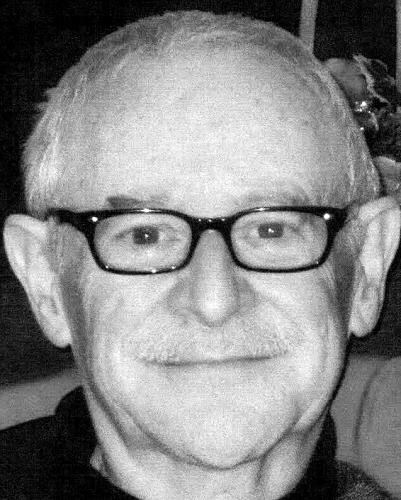 BORN
1945
DIED
2016
FUNERAL HOME
Sisk Brothers Funeral Home - Hamden
3105 Whitney Ave.
Hamden, CT
McCANN, MICHAEL THOMAS Michael Thomas McCann, age 71, of the Oronoque Village section of Stratford, died peacefully, Wednesday, May 11, 2016, surrounded by his loving family at his home from Pancreatic Cancer. He was the beloved husband of Jeannine Carpentier McCann. Mr. McCann was born in Bridgeport on February 6, 1945, the son of the late Donald George and Amelia Hennigan McCann. He lived in New Haven for 40 years before moving to Stratford in 2014. Being the second oldest of 8 children, he has always been the one his family turns to in times of crisis when someone is needed to solve problems and give sound advice. In his young years and into his teenage years Scouting became a large part of his life where he rose to the level of Eagle Scout at the age of 17. He attended Fairfield University on a Voice Scholarship, where he received a BA in History. There, he was a soloist in the Glee Club, Minstrels and Bensonians. Mike enlisted in the Army at the age of 23 becoming a Green Beret medic and served in Vietnam in the Special Forces 5th Group as a combat medic. He was awarded The Bronze Star with Valor for heroism in a ground combat action and received a Purple Heart for injuries received in that incident. After returning home, he earned a Master’s Degree in communications from Fairfield University and went to work for Southern New England Telephone in the Public Relations Department. He worked at SNET for 24 years ending his career as Director of Media Relations. After retiring from SNET in 1996, Michael recorded a CD titled Soldier’s Songs. He served on the New Haven St. Patrick’s Day Parade Committee from 1990-2000 and was elected the Grand Marshal of the parade in 1999. He also headed the publicity for the CT Irish Festival from 2000-2007. Most recently, his passion has been fundraising for the Community Soup Kitchen in New Haven, The Kick for Nick Foundation in Wilton and the Wounded Warrior Project. In 2013, Michael completed his memoir titled Retracing the Road Less Travelled: from Gregory Street to Nui Ta Bec, in which he recalls the first 25 yrs of his life. Most recently (exactly 2 months ago) he was inducted into the Notre Dame of Fairfield High School’s Alumni Hall of Fame. He was a communicant at St. Mary’s Parish in New Haven where he sang in the choir for 14 years, and served on the staff of the church’s Sunday soup kitchen. In addition to his wife he is survived by children Michele (Jim) McGuire of Stratford and Sean (Gretchen) McCann of Southbury; grandchildren, Connor and Mary McGuire, Aaron and Morgan McCann. He is also survived by brothers Peter (Jacalyn Sheridan) McCann of Nashville, TN; David (Diane) McCann of Monroe, Richard (Jean) McCann of Phoenix, AZ, and sisters Katie Tressler of Easton, and Martha (Michael) Lesnick of Nashville, TN along with many nieces, nephews and grand nieces and grand nephews. Michael was predeceased by a sister Mary McCann Bradicich and a brother Donal McCann. Friends are invited to go directly to St. Mary’s Church, 5 Hillhouse Avenue, New Haven , Monday morning where a Mass of Christian Burial will be celebrated at 9:45. Interment will be private. Family and friends may call Sunday from 3pm to 7pm at the Sisk Brothers Funeral Home, 3105 Whitney Avenue, Hamden. The family wishes to thank the staffs of Smilow Cancer Hospital in New Haven especially Dr. Jill Lacy and Carol Staugaard-Hahn and CT Hospice in Shelton for their loving care of Michael these last three years. In lieu of flowers, contributions may be made to the Community Soup Kitchen of New Haven, 84 Broadway, New Haven, CT, 06511, The Wounded Warrior Project, 150 Cambridge Park Drive, Suite 202, Cambridge, Massachusetts 02140, or the Pancreatic Cancer Action Network., 1500 Rosecrans Ave., Suite 200, Manhatten Beach, CA 90266. www.siskbrothers.com

Published by The New Haven Register from May 13 to May 14, 2016.
To plant trees in memory, please visit the Sympathy Store.
MEMORIAL EVENTS
May
15
Calling hours
3:00p.m. - 7:00p.m.
Sisk Brothers Funeral Home - Hamden
3105 Whitney Ave., Hamden, CT
May
16
Mass of Christian Burial
9:45a.m.
St. Mary’s Church
5 Hillhouse Avenue, New Haven, CT
Funeral services provided by:
Sisk Brothers Funeral Home - Hamden
MAKE A DONATION
MEMORIES & CONDOLENCES
Sponsored by NHRegister.com.
16 Entries
Please know that we are thinking about you and your family.We have been friends for almost 70 years .Since living on Gregory Street.Rest in peace.Jerry &Kitty Kiely
Jerry Kiely
May 24, 2016
Martha, I just saw the entry today. My sincere thoughts and prayers to you and your family. I know the pain of losing a brother. May you all find piece in the fact that you have another special angel looking over you.
Love, Mary
Mary Kowalewski
May 21, 2016
Your family has been continually in our hearts & thoughts. I have many wonderful childhood memories of spending Fourth of July and St. Patrick's Day with the McCanns, and always looked forward to a barbershop-style serenade from Uncle Mike, Uncle Carl and Dad, and even a solo of "Four Green Fields" from Uncle Mike. I also remember a special performance one year of "The Sound of Silence" from Uncle Mike and Sean in perfect harmony. What a great gift to us all. He experienced such joy in bringing music to others. Rest in peace and beautiful harmony, Uncle Mike!
Leanne Robinson-Maine
May 16, 2016

I was deeply saddened by the news of Michael McCann passing. My heart felt condolences to you and your family. Wishing you peace to bring comfort, courage to face the days ahead and loving memories to forever hold in your hearts.
Wings of Eagles Care Solutions
Naomie Trofort
May 15, 2016
great friend from boy scouts, camp pomperaug and order of the arrow.. god bless you and rest in peace

Chuck Gumkowski
May 15, 2016
My sincerest condolences to Michael's family. I grew up with him in the South End and lived just around the corner on Park Ave. I found him again when searching for classmates for our ND reunion in 2013 when he was battling this disease. I have been praying for him nightly ever since. Know that he is in a better place and waiting for his loving family to join him in due time. I found out about his CD just last year and was so happy to contact him and purchase a copy. I now have his CD to remember him by. He was one of the nicest fellows I went to school with - always a gentle person.
Marge Golden Rossini
now living in California
May 15, 2016
I have many fond memories of the Mccann family and many times think of them. May Jesus keep you in his care and continue to bestow many blessing upon everyone!Accept my condolences, Michael was a wonderful and funny man! Keep in touch! Love, Anna Klufas
Anna Klufas
May 15, 2016
RIP my friend Fred G. Gregory St.
May 15, 2016
May the Lord bless and comfort you and your family during this time of grief. Please accept my sincere condolences.
An old South End friend and neighbor.
Donna Marcavage Urcinoli
May 15, 2016
From his old Scout friends and our days in the South End of Bridgeport... many fond memories of our Camp Pomperaug days and the fellowship and the songs... rest in pease
Harvey Paulin & Family
Harvey Paulin
May 15, 2016
I have so many wonderful memories of working with Mike & I will always cherish our friendship. RIP my friend. My sincere condolences to his wonderful family.
Anna Briggs
May 14, 2016
On my first day in Viet Nam I read a sign on a wall that said, For those who have to fight for it life has a flavor the protected will never know. Michael certainly was able to enjoy the taste of a life that only those of us who put all on the line for our country know. As a former Special Forces officer I feel a special connection Michal my brother in arms. Rest in peace brother.

My prayers go out Michael's family.
May 14, 2016
Michael my friend, rest in peace and until we meet again 'may God hold you in the palm of his hand '
Kevin Mcnamara
May 14, 2016
My sincere condolences to the family for the loss of your loved one. Those who pass on, God keeps in his memory because they are precious in his eyes. (Psalms 116:15)
May 14, 2016
My sincerest condolences to the family. May you find much comfort from God's word during this difficult time (Matt. 5:4)
JW
May 14, 2016
I loved and respected him like a brother. He was a brave, honorable and principled man. His talents and courage knew no boundaries. He will be fondly remembered and dearly missed. To Jeannine, Michele, Sean and family we send our deepest sympathies for your loss.