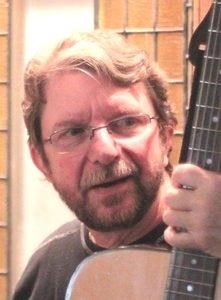 BORN
November 26, 1951
DIED
April 28, 2017
FUNERAL HOME
Beecher and Bennett Funeral Home
2300 Whitney Avenue
Hamden, CT 06518
Russell Kenneth Adair of Bethany, Connecticut, died peacefully in his sleep at home on April 28th. He was 65. After serving in the United States Air Force as an early Computer Operator, Russ earned an undergraduate degree in Anthropology from University of Memphis before receiving an M.A. and a Ph.D. in Sociology from Yale University. He was subsequently hired by the University's Office of Institutional Research where he worked for nearly 30 years providing data analysis, impacting, among other things, the New Haven Promise for which he won the Elm Ivy Award. Known by his colleagues as "the supreme statistician," Russ also worked as a consultant for the Connecticut Conference of Independent Colleges and volunteered for the Bethany Democratic Party for eight years and for the award-winning Amity High School Theater Department for nine. Russ's crowning achievement--he would be the first to say--was marrying his soul mate, Laura Guastella, and raising their son and daughter. In marriage and fatherhood, he set the gold standard. He will be sorely missed by his family and a wide circle of friends for his hilarious quips, deep knowledge of all-things-computer, prowess at The New York Times crossword puzzle, and unfailingly good heart. Russ was the first to volunteer to be of service to others--values he instilled in his children. Whether it was digging a stranger's car out of a ditch or helping a young person who'd lost a parent . . . he was always there--the family's first responder. Russ enjoyed golfing, playing the guitar, hiking, watching football (especially the Dallas Cowboys), musical theater, and early morning conversations with his wife, Laura. A transplant from Nashville, Russ brought a Southern flair to entertaining--his Super Bowl and White Trash parties were legendary. He organized a 60th surprise musical birthday party for his wife, which inspired a friend to surprise him the morning of the event by putting 60 pink flamingoes in their yard . . . just for fun. Russ is survived by his soul mate of 44 years, Laura, and his loving children, Kenneth and Carson--both completing graduate degrees this May. He is also survived by his sister Sherry Adair of Dallas and brothers Lonnie and Curtis Adair of Maryville and Nashville, Tennessee. He will be missed as well by Sherry's daughter, Leslie Torres, and her children, Renae and Spencer of Dallas and by Lonnie's children, Tracy and Trevor as well as by his sisters-in-law Rita Guastella (married to Cornelius Forsythe) of Boston and Deborah McQueen (married to Jim Hutchins) of Livermore, California, and his nieces, Zoë Guastella and Erin McQueen. Russ leaves a spectacularly wide circle of friends and colleagues. His life confirms the truth of an oft-quoted saying from his family's holiday favorite, "The Muppet Christmas Carol": . . . If you need to know the measure of a man, you simply count his friends." By this and every other measure, Russ was the chief among men. In lieu of traditional calling hours, a celebration of Russ's life will be held locally on June 10th. Invitations will be sent later this week. In honor of his memory, donations may be made to the Southern Poverty Law Center in Montgomery, Alabama (www.splcenter.org) or Columbus House Inc. in New Haven (www.columbushouse.org). Arrangements are in care of BEECHER & BENNETT FUNERAL HOME, 2300 Whitney Ave, Hamden. To send a condolence to his family please see his obituary at: www.beecherandbennett.com.

To plant trees in memory, please visit our Sympathy Store.
Published by The New Haven Register from May 6 to May 7, 2017.
MEMORIAL EVENTS
No memorial events are currently scheduled.
To offer your sympathy during this difficult time, you can now have memorial trees planted in a National Forest in memory of your loved one.
Funeral services provided by:
Beecher and Bennett Funeral Home
MEMORIES & CONDOLENCES
Sponsored by NHRegister.com.
6 Entries
To the Adair Family,
We are very sorry to learn about Russ' passing. We have many good memories from Amity Theatre as Russ and Laura were trailblazers to make the ACT what it is today. The continuous help and support in making the productions great will always be remembered. Our prayers that you will find peace in remembering him with a smile on your face and in your heart. Sincerely, The Deane Family (Elizabeth, Tim and Connor)
Elizabeth Deane
May 8, 2017
My deepest sympathies to the family on your loss. There are no words that can ease the pain of losing someone so beloved. May you find comfort and peace in knowing that your loved one is in God's memory because those who pass on are precious in his eyes. (Psalms 116:15)
R T W
May 8, 2017
Russ had a unique ability to speak his truth, even when that rustled others, openly, clearly and confidently. His opinions mattered to me and helped shape my sense of the right thing to do.
Jamie Stirling
Family
May 5, 2017
Russ, you were the best! Who can we share Krystal's with now? We'll miss you...
With love, Pat and Frank
Frank and Pat Pfeiffer-Martin
Friend
May 4, 2017
Russ had a unique sense of humor that would sometimes catch you off guard if you didn't know him well. He was a straight shooter and very honest so you always knew where you stood with him which I always appreciated. He had amazing analytical skills and worked tirelessly on our earlier campaigns creating voter analysis data tools that predated the highly-touted national databases. But most of all, he was a friend who will be missed more than we can imagine right now. Rest in Peace, Big Dog!
Fran Doba
Friend
May 4, 2017
Russ Adair was always a light in our community and he played such a large role in many of the shows at Amity High. He was always kind to me, and cheerful - and that's something that is contagious. I will certainly miss him and I offer my deepest condolences to Laura, Ken, and Carson. Much Love, -Erik Rooney
Erik Rooney
Friend
May 3, 2017