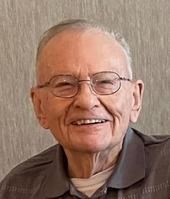 BORN
1931
DIED
2021
ABOUT
Fairfield Prep
FUNERAL HOME
Clancy & Sons Funeral Home
244 N. Main Street
Branford, CT
William Richard Smith, Sr.
William "Dick" Smith died September 22, 2021 after a brief illness. Dick was born on April 8, 1931 to George L. Smith and Constance Judge Smith of Hamden. He attended Fairfield Prep and Fairfield University before enlisting in the US Air Force where he trained to become a pilot. Dick would serve over 10 years in the Air Force through active and reserve duty. He had a long career as a pilot with several airlines, flying all over the world, until his retirement in 1991. But retirement was not a word in Dick's vocabulary. He worked for several more years in administration and consultant positions within the aviation industry before starting his second career at Rings End (formerly Tuxis Lumber) in Madison. Dick would stay at Rings End until he was 87 years old. He loved working with his peers at Rings End and with the people from the community.
Dick was a man that made friends easily. He was known by all for his good humor, quick wit and great conversation. He was a gentleman to everyone.
Dick was married to Mildred Rompe Smith (dec.) on December 26, 1953. They resided in New Haven, Branford and then finally Madison for over 30 years. They had two sons, Wm. Richard Smith, Jr., who resides with his wife Stephanie in Tenants Harbor, Maine; and Robert C. Smith, who resides with his wife Carmela in Ivoryton, CT. He is survived by his two siblings: Georgia Keefe of North Andover, Massachusetts, and James Smith and his wife Mary of Cape Coral, Florida; his 6 grandchildren: Heather and Colin Smith, Ryan, Travis (dec.), Jacob and Natalie Smith; his 3 great-grandchildren: Dylan and Izabelle Smith and Levon Smith, and many nieces and nephews.
A graveside service will be held at St. Agnes Cemetery in Branford on October 9th at 11am. In lieu of flowers please make donations to the American Kidney Fund (kidneyfund.org).
Published by The New Haven Register from Oct. 1 to Oct. 3, 2021.
To plant trees in memory, please visit the Sympathy Store.
MEMORIAL EVENTS
Oct
9
Graveside service
11:00a.m.
St. Agnes Cemetery
Branford, CT
Funeral services provided by:
Clancy & Sons Funeral Home
MAKE A DONATION
MEMORIES & CONDOLENCES
Sponsored by NHRegister.com.
2 Entries
We are sorry for your loss and we offer our deepest sympathy. From what Heather tells us he certainly led a very interesting and full life. He will be missed.
Bill and Lynn Baccaro
Family
October 9, 2021
My love is with you all. We will hold our memories of Uncle Dick in our hearts always. May he rest in peace knowing he is loved.
Raine Smith
October 5, 2021
Showing 1 - 2 of 2 results