FUNERAL HOME
Smith-McCracken Funeral Home
63 High Street
Newton, NJ 07860
WILDWOOD, Mo. - Maj. Gen. James I. "Bagger" Baginski (Retired USAF), 81, of Wildwood, Mo., passed away at home Sept. 23, 2013. He was born in Baltimore, Md., in 1932. He graduated from The University of Maryland in 1954. Gen. Baginski earned a master's degree in public administration from George Washington University, Washington, D.C., and was a graduate of the Air Command and Staff College at Maxwell Air Force Base, Ala., and the National War College, Fort Lesley J. McNair, Washington, D.C. He was commissioned a second lieutenant through the Reserve Officers' Training Corps program in February 1954 and entered active duty in April 1954. He attended flight training at Stallings Field, N.C., and Webb Air Force Base, Texas. He was a command pilot, flying C-119s and C-130As, with more than 5,000 flying hours. In August 1966 Gen. Baginski left for the Republic of Vietnam as a tactical airlift liaison officer with the 1st Cavalry (Air Mobile) Division at An Khe. In July 1971 he was the deputy chief of operations, 63rd Military Airlift Wing, Norton Air Force Base, Calif., and in May 1972 became vice commander. In May 1973 he took command of the 374th Tactical Airlift Wing at Ching Chuan Kang Air Base, Taiwan. In February 1975 the general went to U-Tapao Royal Thai Naval Airfield, Thailand, for duty as the Southeast Asia airlift commander in charge of project SCOOT-CE. After the fall of Cambodia, he moved to Saigon and when that city was evacuated was assigned to Clark Air Base, Philippines, in May 1975. Reassigned to Military Airlift Command headquarters in September 1975, Gen. Baginski served initially as assistant deputy chief of staff for operations. In June 1977 he was named deputy chief of staff for personnel and in March 1979 became the command's deputy chief of staff for operations. He retired out of MacDill AFB in 1984, as the director of the Joint Deployment Agency. His military decorations and awards include the Distinguished Service Medal, Defense Superior Service Medal, Bronze Star Medal, Meritorious Service Medal with oak leaf cluster, Air Medal with oak leaf cluster, Air Force Commendation Medal and Army Commendation Medal. He was a recipient of the Order of the Sword. Gen. Baginski and his wife moved to Branchville after his military retirement where he pursued a consulting career in the defense industry, augmented by an occasional round of golf and maintenance duties for their equestrian facility, PasTime Farm, on Haggerty Road. Gen. Baginski also was a member of the Sussex County Horse Show Committee for the New Jersey State Fair. He is survived by his loving family: his wife, Nancy A. (Boyd) Baginski; a daughter, Teresa M. Ruch and her husband, Richard, of Wantage; a daughter, Susan M. Baginski, of Wildwood, Mo.; a son, David J. Baginski, of Ballwin, Mo.; a son, Paul A. Baginski, of Centreville, Va.; a daughter, Amy L. Dodds and her husband, Mark, of O'Fallon, Mo.; his grandchildren, Rachael Hernandez and her husband, David, Laura Baginski, Patrick Baginski and Will Baginski; his step-grandchildren, Rhonda Moritz, Richard Ruch Jr. and Heather Gardinier; his sister, Genevieve Rafferty; and numerous nieces and nephews. Funeral services will be held at noon Saturday, Sept. 28, at Smith-McCracken Funeral Home, 63 High St., Newton. Interment will follow in Frankford Plains Cemetery, Frankford Township. Visitation will be held from 10 a.m. to noon Saturday at the funeral home. The family requests donations in lieu of flowers to the Airlift/Tanker Association Scholarship Fund. Send your donations to: Treasurer, Airlift-Tanker Association, 108 Sanctuary Cove, Yorktown, VA 23693. In the memo block, left of the signature, write: In memory of The Bagger. Online condolences may be offered at www.smithmccrackenfuneralhome.com.

To plant trees in memory, please visit our Sympathy Store.
Published by The New Jersey Herald on Sep. 26, 2013.
MEMORIAL EVENTS
No memorial events are currently scheduled.
To offer your sympathy during this difficult time, you can now have memorial trees planted in a National Forest in memory of your loved one.
Funeral services provided by:
Smith-McCracken Funeral Home
MEMORIES & CONDOLENCES
22 Entries
I just became aware of the passing of this dear friend. Jim, may you rest in peace. Our nation has lost a great man. I look forward to meeting up with you again someday in heaven... I hope someone put a pack of smokes in your sock! Love and peace to your wife and family. They don't make them like you anymore... <3
Betsy Royer
August 25, 2014
I served with Major Bag at An Khe Vietnam in 66-67. I was USAF with the 1st Cav. He was my best friend and taught me how to drink scotch! He changed my life and I will never forget him. Ironically, earlier today I posted a photo of him and me on Facebook. I would like to get in touch with his family to share my stories about our times together. [email protected] 630-244-7750
1199 Easton Dr.
Carol Stream IL 60188
Jim Bailey
November 25, 2013
We just found out about the "Bagger's" death. We have great affection and very found memories of the Bagger and his exploits. He was quite a man and we were proud to be a friend of his. The world will miss him. Our sincerest condolences to his family.
Mike and Joy Rohrlick
October 29, 2013
Our thoughts and prayers go out to The Bagger's family. He will be sorely missed. A great friend and a true gentleman. We wish him God speed on his final flight.
Fred and Joan Breitinger
September 30, 2013
I had the honor to serve with General Baginski at Scott AFB. He was an inspirational officer.
My prayers and sympathies to his wife and family.
Richard Kosco, USAF Retired
September 30, 2013
Heartfelt condolances to the entire Baginski Family. To Bagger...thanks.
Art Morrill
September 30, 2013
I loved to hear the Bagger tell stories with my husband Mike at the ATA Conventions...he will be missed!
Tina Kirchoff
September 30, 2013
Gen. Baginski was my boss when I was the Wing Historian for the 374th Tactical Airlift Wing at Clark AB. It was he who recommended me for the Airman Scholarship and Commissioning Program. I have had the occasion to meet him three times since we were together at Clark -- last at the new Pentagon Memorial Chapel built after 9/11. He was a great leader and visionary.
Richard Cole
September 30, 2013
Larger than life; one of a kind.
Steve Lenzi
September 29, 2013
Patricia joins me in offering heartfelt condolences to Mrs. Baginski and the members of the family on this loss. General Baginski was a wonderful mentor and encourager who did so much to support my Air Force career. A real Hero to me!
Jim Snyder
September 29, 2013
Glad to have met him but even better to experience his legacy through his fabulous son, Paul.
John Riley
September 28, 2013
Jim was a great officer and leader who served with distinction throughout his career. He would do anything in his power to help anyone--I witnessed that many times during my 30 year career " Let's ask Bagger for help."--and many did and got it even though he may not have known the person asking. The Air Force and the nation have lost a hero and he will be missed.
George Dodds
September 27, 2013
A good man, officer and friend! You will be truly missed!! RIP, Sir!!
Charlie Armistead
September 27, 2013
My condolences to the family. I had the honor and privilege to fly Maj. Gen. Baginski from Chicago to Newark tonight. May he rest in peace.
Dan Barr
Southwest Airlines
Dan Barr
September 26, 2013
Another great warrior did his last checklist - RIP Bagger......Chief Mike Welch, Hermosa Beach, CA
September 26, 2013
The Bagger became a friend, a mentor, and a great supporter, he will be sorely missed.
George Clark
September 26, 2013
Dear Friends & Family,
We are part of the Missouri connection of Jim's life; and have had the great fortune of being Jim's closest neighbors here across the fence. We have have been Blessed at Jim and his family's easy going hospitality and always willing to help us at every turn. We will miss Jim's contagious smile as he would drive up & down the lane past our home & property. It didn't take long for us to know that our neighbor next door was someone very special. Blessings on all of you as you grieve Jim's passing. He was a very good man in this life.
Love in Christ,
The Huber Family
Jerry, Carol, Grace, & Emma Huber
September 26, 2013
Amy and Mark
what a horrible year. We are thinking of you and hold you in our prayers
sandra yoder
September 26, 2013
Bagger was a good friend and a terrific officer.
Murray Garbett
September 26, 2013
Sorry to hear of your loss. Jim was a great man.
George Lista
September 26, 2013
God bless and trailing winds...may your last flight be peaceful. Big salute.
Muff Millen
September 26, 2013 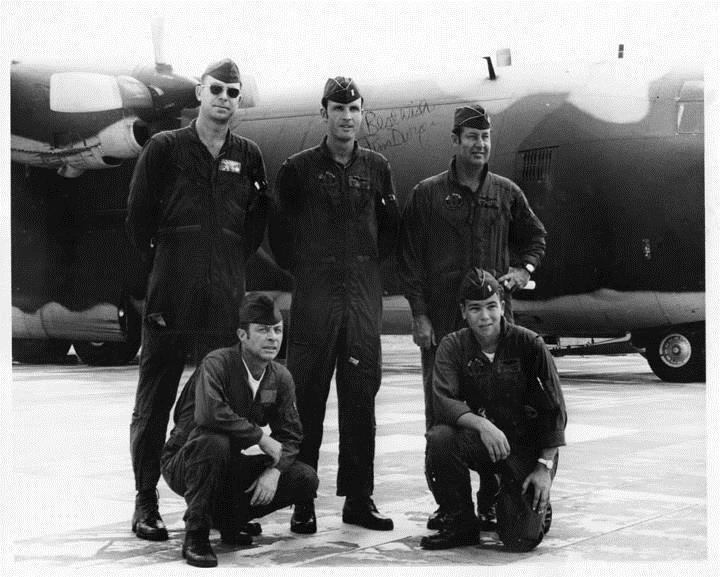 I served with Gen Baginski both at CCK & Clark Air Bases. Flew with him on numerous occasions. Great Commander and Air Force Officer. Thanks for your Service over the years to your country.
Jim Dwyer
September 26, 2013