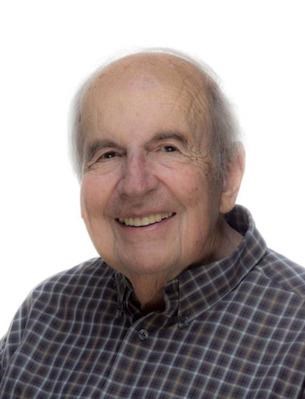 Ft. Thomas - Eli Engel, MD, Ph.D. passed peacefully on May 19, 2021 at his home. He is survived by his two sons, Josh Engel (Kelly) and Jeremy Engel MD (Karlissa), and by his grandchildren (Michael, Oliver, Ginger, Julia, Cole, Addyson, Saryn, Lavin). Eli lived a great life. He made everyone who met him feel special and become a better person. He intuitively identified people's strengths, which had often been hidden by uncertainty, and let people know it was time to go for it. He also knew how to cushion people's downturns by making them feel that it could be overcome. He did this with a bit of humility, dignity, and always a sense of humor. His love of people was only matched by his deep and often "naïve" exploration of the world, whether it was the world of science, politics, literature, or any other form of critical thinking. While he was rarely if ever mean, or angry, he was fierce protector to the underdog and those in harm's way. He would place himself in their place, often risking his own career to stand up to bullies in power. Eli was the quintessential physician. He loved everything about medicine. The people, the practice, and the science. His patients loved him, and the medical staff would contact or consult him if possible. At the Jewish Home, he was known as the singing doctor. While my father had his own ambitions, such as becoming a great researcher in the field of biomathematics and teaching celebrated courses at UCLA, he was always a family man. He held his children and grandchildren in the highest regard and loved and respected them when near and a far. And he would protect his extensive family as is own. Like most great men, he never was vindictive, and all old loves, friends and partners existed in the realm as old friendly partners in the great adventure of life. While he will be missed, he will be in the hearts and minds of countless people. On the behalf of all who knew and loved him, it was honor and a privilege. You are in our minds and hearts forever. To leave an online condolence to the family, please visit us on Facebook or at SerenityFuneralCare.com


Published by Kentucky Enquirer from Jun. 18 to Jun. 20, 2021.
To plant trees in memory, please visit the Sympathy Store.
MEMORIAL EVENTS
To offer your sympathy during this difficult time, you can now have memorial trees planted in a National Forest in memory of your loved one.
Funeral services provided by:
Serenity Funeral Care
MAKE A DONATION
MEMORIES & CONDOLENCES
Sponsored by Serenity Funeral Care.
0 Entries
Be the first to post a memory or condolences.