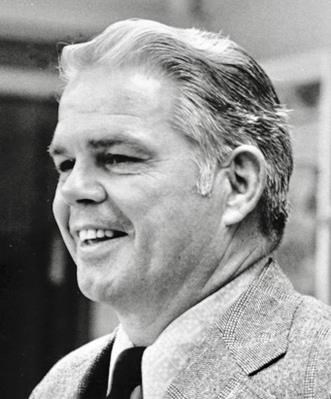 Cincinnati - James Richard Kerin, known to family and friends as Dick, passed away under hospice care at the Cincinnati Veterans Administration Medical Center on January 9, 2019 at the age of 94. He was born on March 7, 1924 to John and Katherine Kerin in Mount Vernon, Ohio. There began his lifelong interest in and dedication to both education and athletics, particularly football. He had an active and lively boyhood, one that involved outdoor activities such as trapping, hunting, and fishing. He also engaged in the sport of boxing, an activity that he continued during his later military service. After his 1942 graduation from Mount Vernon High School, where he played football and baseball, he attended Southwest Missouri State Teachers College and played football there for one semester before joining the United States Marine Corps for the duration of World War II. Serving initially as a paratrooper and subsequently as an infantry rifleman, he saw combat first at Bougainville, Solomon Islands, in November 1943—where he was wounded in action for the first time—and later, most notably, in February-March 1945 at Iwo Jima in the Volcano Islands. There, serving with the 27th Marines of the Fifth Marine Division, he was wounded again after some twenty days on the island. In addition to his second Purple Heart, he was awarded the Silver Star Medal for gallantry in action. After the war he resumed his college studies and football career at what had become Southwest Missouri State College (now Missouri State University). Eventually a co-captain of the team, he lettered for three more years and in 1947 was named to the Little All-America team. He also met and later married a fellow student and cheerleader named Virginia Rose Hillhouse of Richland, Missouri. Their marriage in May 1949 began a life together of nearly seventy years. He began his high-school coaching career in 1949 at St. Agnes High School in Springfield, Missouri, then in 1950 moved to Galion High School in northern Ohio where he became head football and baseball coach. Seven years later he came to Cincinnati; he coached football and baseball at Taft High School for one year before moving to Western Hills High School to serve as an assistant football coach. In 1962 he became the first head football coach at the newly opened Aiken High School where he remained until 1971. He then moved on to Greenhills High School where he was head football and wrestling coach and from which he retired in 1983. A devoted student and teacher of history, he taught that subject and various others throughout a 34-year career as teacher and coach at the high-school level. While football was his first and abiding passion, he also achieved great success as a wrestling and baseball coach; on occasion he coached basketball and track as well. And while he was a fierce competitor, ever seeking honorable victory, he was also and always dedicated to the overall development of the young people in his charge. He has long been associated with the Southwest Ohio Football Coaches Association, for which he was president three times and whose annual clinic he directed for many years. That event, hosted by the University of Cincinnati, has for some years been known as the Dick Kerin SWOFCA/UC Coaches Clinic. Among many honors and awards, he is a member of the Ohio High School Football Coaches Hall of Fame and the Missouri State University Athletics Hall of Fame; and he received the Lifetime Achievement Award from the Cincinnati Chapter of the National Football Foundation. After retiring he spoke often about his military experience to school groups and at various civic events, traveled to reunions of the Fifth Marine Division across the country, and regularly attended a monthly gathering of veterans known as the Hornet Breakfast Group. He was also a life member of the American Legion. A man of many interests, he was a lifelong avid reader, especially of historical and biographical nonfiction. He was preceded in death by his parents; by two brothers, John Robert and Charles Kerin, both also World War II veterans; and by two sisters, Mary Kerin Sharkey and Katherine Kerin Crabtree. All his professional accomplishments notwithstanding, he was most proud of his family: his four sons and their own families. He is survived by his loving and beloved wife, Gini, as well as their four children: James R. Kerin, Jr. (Rick) and his wife, Linda, Cincinnati; Kevin Kerin and his wife, Patty, Oxford, Michigan; Kelly Kerin, Cincinnati; and Patrick Kerin and his wife, Leslie, Cincinnati. He is survived as well by six grandchildren—Jessica Scheele, Matthew Kerin, Megan Kerin, Ethan Kerin, Gabriel Kerin, and Grace Kerin—and by four great-grandchildren: Madeleine Scheele, Alexandra Scheele, Connor Kerin, and Benjamin Kerin. He is also survived by several nephews and nieces. Visitation will be from 6:00 p.m. to 8:00 p.m. on Tuesday, January 15, 2019 at the Paul R. Young Funeral Home, 7345 Hamilton Avenue, Mt. Healthy. A funeral mass will be held at 10:00 a.m. on Wednesday, January 16, 2019 at Saint Bartholomew Roman Catholic Church, 9375 Winton Road. Burial with military honors will follow at Crown Hill Memorial Park on Pippin Road. In lieu of flowers, the family requests that donations be made to the Wounded Warrior Project, P.O. Box 758516, Topeka, KS 66675-8516; woundedwarriorproject.org; phone 877-832-6997. Condolences may be made at www.paulyoungfuneralhome.com.


Published by Kentucky Enquirer on Jan. 13, 2019.
To plant trees in memory, please visit the Sympathy Store.
MEMORIAL EVENTS
Jan
15
Visitation
6:00p.m. - 8:00p.m.
Paul R. Young Funeral Home - Mt. Healthy
7345 Hamilton Avenue, Mt. Healthy, OH
Jan
16
Funeral Mass
10:00a.m.
Saint Bartholomew Roman Catholic Church
9375 Winton Road, OH
Funeral services provided by:
Paul R. Young Funeral Home - Mt. Healthy
MAKE A DONATION
Please consider a donation as requested by the family.
MEMORIES & CONDOLENCES
Sponsored by Paul R. Young Funeral Home - Mt. Healthy.
7 Entries
Wonderful man and Marine!..Semper Fi, Brother
May 1, 2019
May the Kerin family and friends find comfort in the God who promises a hope for the future.
Jeremiah 29:11
January 15, 2019
My condolences to the family. May you find comfort in the words at Matthew 5:4. Almighty God comforts those who mourn.
January 14, 2019
May your hearts soon be filled with wonderful memories of joyful times together as you celebrate a life well lived.
Linda Koelling
Friend
January 14, 2019
I was a member of Coach Kerin's West Hi football teams: 1958,59.
I remember him as a great coach and fair minded man!
John Russell West Hi 1960
January 14, 2019
Our sincere condolences to the Kerin family in the loss of your dear love one. Our prayers are as yours, that God provide his care and comfort you each day.
- Psalms 145:18,19
Your neighbor..
January 13, 2019
Mr. Kerin was the best of the best.
January 13, 2019
Showing 1 - 7 of 7 results