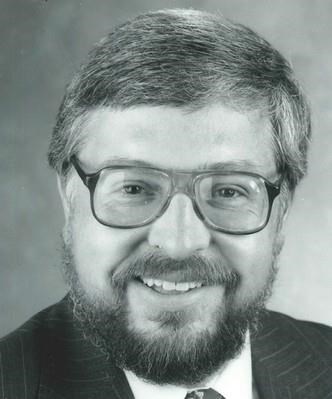 James William Reis, 65, of Alexandria, Kentucky, passed away on October 28th, 2016 at the Baptist Center, Newport after a long battle with Parkinson Disease. He was a writer-reporter for the KY Post for 36 years covering 12 counties across Northern KY. Jim was a renowned historian of Northern Kentucky history. His column Pieces of the Past ran from 1982 to 2006. Jim also wrote several books, Pieces of the Past 1, 2, 3 and 4 and also, Then and Now: Cincinnati and Northern Kentucky book. Jim was the recipient of the Two Headed Calf award in 2014 from the Behringer-Crawford Museum and the Lifetime Dedication to Kentucky History award in 2010 from The Kentucky Historical Society. He was the retired vice president and board member of the Campbell County Historical Society and one of the founders of Northern Kentucky History Day at NKU. He was also on the Committee of the Northern Kentucky African-American Heritage Task Force. He had contributed to the Kentucky Encyclopedia, to Campbell County Kentucky, 200 Years, 1774-1994, and to the Encyclopedia of Northern Kentucky. He was a graduate of Thomas More College. Jim was a member of St. Mary of the Assumption Parish and a former Eucharistic minister. Jim is survived by his wife, Jan (Rose) and two sons, Jason (Laura) of Independence, Kentucky and Jeff (Stephanie) of New York, New York and also two granddaughters, Chloe Lynn Reis and Abigail Nichole Reis. He is also survived by his mother, Ruth Reis of Fort Thomas, brothers, Ken of Grant's Lick and David of Southgate and sisters, Donna Taylor of Fort Thomas and Patti Neltner of Alexandria. Visitation will be from 10:00 AM to 11:45 AM Thursday, November 3rd, 2016 at St. Mary of the Assumption Church with Mass of the Christian Burial following at 12:00 PM. Burial will take place at the St. Stephen Cemetery Fort Thomas, Kentucky. Memorials are suggested to Hospice of the Bluegrass at 7388 Turfway Road, Florence, KY 41042 or Parkinson Support and Wellness, 260 Stetson St., Suite 2300, Cincinnati, Ohio 45219. Alexandria Funeral Home is in charge of arrangements. Online condolences can be given at alexandriafh.com


Published by Kentucky Enquirer from Oct. 30 to Oct. 31, 2016.
To plant trees in memory, please visit the Sympathy Store.
MEMORIAL EVENTS
Nov
3
Visitation
10:00a.m. - 11:45a.m.
St. Mary of the Assumption Church
OH
Nov
3
Mass of Christian Burial
12:00p.m.
St. Mary of the Assumption Church
OH
Funeral services provided by:
Alexandria Funeral Home Inc
MAKE A DONATION
MEMORIES & CONDOLENCES
Sponsored by Alexandria Funeral Home Inc.
3 Entries
Dear Mrs Reis, Ken, Donna and Patti...I was very sorry to hear about Jim's passing. My condolences to you and your family. I will keep you in my thoughts and prayers.
-Sharon (Davis) Carusone
November 3, 2016
Dear Mrs. Reis and Patti,
So sorry for the loss of your son/brother.
You are in my prayers.
Lucie Purcell Schriefer
November 2, 2016
Lucie Purcell Schriefer
November 2, 2016
Showing 1 - 3 of 3 results