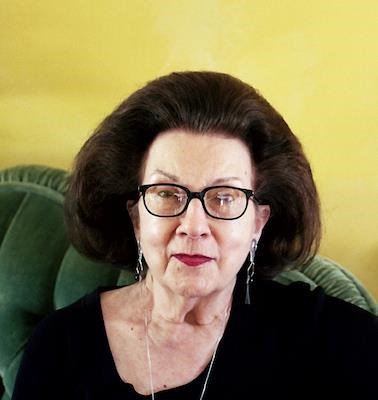 Fort Thomas - Teresa "Terry" Ann Heil was born on June 22, 1927 in Glendale, West Virginia. Terry passed peacefully in the early morning of June 2, 2021 at 93 years of age. She was surrounded by her loved ones in her home of many years in Ft. Thomas, Kentucky. Terry was the truest example of a Christ follower, loving wife, mother and sister. She loved playing the piano and designing. She played harmonica and sang on WWVA radio at age 5. Terry modeled and was accepted to Barbizon School of Modeling and Design in New York City. She was a composer and a dream facilitator for all who were lucky enough to know her. Terry was an avid traveler; making various trips to England, Israel, Finland, France and Dublin. She moved back and forth between West Virginia and Florida, eventually settling in Fort Thomas where she and her soulmate Reverend Canon David E. Heil resided until his passing in 2004. She would often spend months in California and New York City to be with her family. Most of all, Terry was a light that will continue to shine through those she blessed with her presence. Terry was preceded in death by her parents Frank Alexander Newman and Ethel Lough Newman, her husband David E. Heil, her sister Evelyn Louise Newman, brother Frank Newman, sister Deanna Newman, and niece Morgan Ann Heil. Terry is survived by her sister Ethel Okel, son David Heil, daughter Marti Heil, grandchildren Reeve and Zane Carney, Paris Carney Garbowsky and grandson David Chreene, and three great-grandchildren. Visitation will be from 4:00 PM to 7:00 PM Friday June 25, 2021 at the Dobbling Funeral Home 106 S. Ft. Thomas Ave. in Ft. Thomas. Terry's funeral service will be held on June 26th, 10:00am at St. Andrew's Episcopal Church in 3 Chalfonte Place Ft. Thomas, KY 41075 Dobbling, Muehlenkamp-Erschell serving the family. Online condolences may be made to dmefuneral.com.