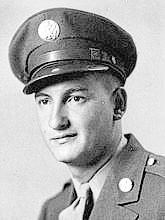 ABOUT
Redemptorist High School
FUNERAL HOME
Lake Lawn Metairie Funeral Home
5100 PONTCHARTRAIN BLVD
New Orleans, LA
Arnold 'Arnie' Gerard Patterson, age 98, passed away peacefully on September 29, 2021, surrounded by his loving family. Beloved husband of 63 years to the late Dorothy Jemison Patterson. He was predeceased by his parents Margaret Fontana Patterson and Edgar J. Patterson Sr. and siblings Edgar J. Patterson Jr. (Eileen) and Shirley Patterson Maloz (Wilson). Arnie is survived by his daughter, Patricia Patterson Quigley Welsch, granddaughters Shelley A. Quigley and Stacy Q. Hingle (AJ) and his great granddaughter, Gianna Hingle, who was the light of his life. He is also survived by many nieces and nephews. He was born in the Irish Channel on March 16, 1923, and lived on Magazine Street, starting his education at St. Alphonsus Elementary School and finally Redemptorist High School. Arnie was a veteran of WWII in the Army Air Force stationed in So. Carolina where he worked dutifully on B25 bombers. He was a Corporal in the 84th Bombardment Squadron 47th Bombardment Group where he was honorably discharged. While on leave he married the love of his life Dorothy on February 8, 1944. He loved music, and he and Dorothy were devoted to their Catholic faith. They sang in the choir at St. Alphonsus Church for many years. He loved traveling with Dorothy to Rome, Switzerland, & Jerusalem but the most memorable one was to Medjugorie. Arnie had a career as a furniture salesman initially with Beach Brothers Furniture Store where he was awarded top salesman many times. He later worked at D. H. Holmes as Manager of the Furniture Department until retirement. When he wasn't working, Arnie had a passion for poker games, football, fishing and thoroughbred racing and even co-owned Blue Horseshoe Stables. He was in his glory in the winner's circle with his Louisiana bred horse, Chicot Bay. He was also a member of St. Edward the Confessor Catholic Church where he and Dorothy attended daily mass and made numerous friends. Arnie (Brother UNK) as he was affectionately called, was a devoted member of the Knights of Columbus #3330 in the Irish Channel, which after many years moved to Metairie and eventually merged with St. Edward the Confessor Knights and became Fr. Francis Seelos Council #2878. He was a member for 63 years and was selected Grand Knight, the highest honor in the council. He cherished his membership and worked hard organizing a yearly fruit cake fundraiser for St. Michael's Special School. He attended 39 Manresa retreats, weekly breakfasts at Tastee, lunches with his daughter's special friends and participated in a dozen football pools. He loved sweets and had deliveries of his favorite selections by his family friends. He was a practical joker with a quick wit and a sharp mind for inventions. All who knew Arnie will remember him as a loving, selfless, giving soul. He would talk to all and everyone and never say no if you needed a helping hand. He was a good listener and always ready to hear all news, good or bad. When prayers were needed, Arnie added them to his perpetual prayer list. The family would like to thank Hospice Associates, especially Jenny, Linda and Josetta for their kindness and compassionate care that was given in the final weeks of Arnie's life. The family requests the consideration of donations to the National Shrine of Blessed Francis Xavier Seelos, 919 Josephine St. New Orleans, LA 70130 or St. Michael Special School, 1522 Chippewa St. New Orleans LA 70130. All services will be held on Friday, October 15, 2021 at Lake Lawn Metairie Funeral Home, 5100 Pontchartrain Blvd., New Orleans LA 70124. Visitation begins at 9:00 am with Rosary at 11:00 am followed by Mass at Noon and a military burial at Lake Lawn Park. To view and sign the guest book, visit www.lakelawnmetairie.com. 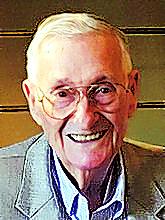