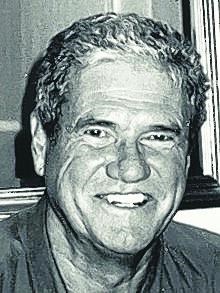 BORN
1942
DIED
2021
ABOUT
Redemptorist High School
FUNERAL HOME
Jacob Schoen & Son Funeral Home
3827 Canal St
New Orleans, LA
Edward Joseph Lirette passed away Wednesday, September 22, 2021 in New Orleans, LA at the age of 78. Eddie was born in Houma, LA on September 26, 1942 to Elwood and Ethel Marie Lirette (Berthelot). He grew up in New Orleans and attended Redemptorist High School where he played football. After high school, he served in the Navy as a corpsman. After being honorably discharged, he subsequently worked for South Central Bell as a lineman. He worked for many years as a real estate broker and property manager in the New Orleans area. He was a true son of New Orleans. He loved learning and attended Loyola University and Delgado where he studied the rich history of New Orleans. He used his vast knowledge of New Orleans to serve as a tour guide. Among Eddie's passions were fishing, cooking, dancing, listening to jazz music and participating in many of the parades and festivals of New Orleans. He took great pride in taking his special needs daughter to the French Quarter every Saturday to have some coffee, listen to music and chat with the locals and tourists. He was preceded in death by his parents, Elwood and Ethel LIrette (Berthelot); sister, Shirley Marie Graham; aunt, Gladys Falterman; and cousin, John Berthelot. He is survived by his loving wife of 42 years, Carol Moore Lirette; two brothers, James and Ronnie Lirette; four children, four grandchildren, nephews, nieces, cousins and good friends. A memorial service is planned Eddie at Jacob Schoen & Son Funeral Home, 3827 Canal St. New Orleans, LA 70119 on Saturday, October 23, 2021. Visitation will begin at 12:00 noon with a service starting at 2:00 pm followed by inurnment in Garden of Memories Cemetery in Metairie, LA. Arrangements are under the care of Garden of Memories Funeral Home. To order flowers or offer condolences, please visit www.gardenofmemoriesmetairie.com.