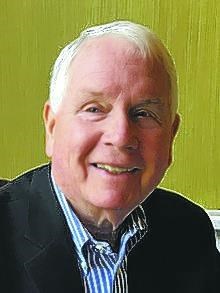 FUNERAL HOME
Bagnell & Son Funeral Home
75212 Lee Road (Hwy. 437)
Covington, LA
John Lawrence Lord Jr. wants you to know that his work here is done. He received an offer on October 15, 2021, an offer one can't refuse, for a most-important meeting from which he will not be returning. This meeting comes with a huge bonus, a forever reunion with his parents, Ruby and John Lord; Uncle Jim Thomas; first-cousins, Crump Kirby and Kay Scanlan; and, friends he has not seen in a long time. We are sure they were shouting with glee, "Here he comes!" John would likely tell you a story that he unexpectedly passed away while protecting his family from the perils of life. But, did he? We all know how he loved to tell stories and these were some of his favorites: hearing the funeral dirge of brass bands of second lines and following them on his bicycle to the cemetery, while growing up in uptown New Orleans; hanging water balloons in the majestic oak trees in his front yard on Carrollton Avenue, hiding on the second floor balcony, and shooting the balloons with a BB gun causing unexpected brief rain showers on unsuspecting strangers walking by; deep-sea fishing with his beloved Uncle Jim in Florida and the Bahamas in the 50's; high school dates on the St. Charles streetcar to Canal Street for a movie; stopping by a French bread bakery late at night and sitting on the curb eating a hot loaf with a stick of butter; and, drag racing in his beloved red Corvette on the Causeway when it was just one span…oh my. We all miss his love of New Orleans and his wonderful storytelling. "Johnny Weatherman" often appeared when bad weather was around. He often called his adult children and spouses in Houston to warn of upcoming weather events. Ashley and Jim "relied" on those calls so they would know what to do in advance of tropical storms or hurricanes. John was a protector of all, and his protection is deeply missed. As "The Arms Merchant," John's reputation speaks for itself. He loved his friends and his friends loved him and they verbally shared that love for each other. Working everyday was an adventure of sorts, as his many friends from federal, state, and local law enforcement agencies plus from all walks of life shared their stories with him and vice versa. John, a strong patriarch of his family, loved deeply; a good friend to all, a man who would quietly and humbly give his shirt for a friend; a man of unshakable conviction; and a man of integrity and honor. Grown men want to be like him. John is survived by his wife of 29 years, Liz Lord; son, Jim Lord and spouse, Eva; daughter, Ashley Lord Kerr and spouse, Jesse; stepdaughter, Ashley Belding Escalante and spouse, Joe; and grandchildren, Brooke, Emily, Reagan and John Lawrence Lord III and Wil and Reid Escalante. A memorial service is planned at St. Charles Avenue Presbyterian Church in the Chapel, 1545 State St., New Orleans, on Monday, November 1, 2021, at 3:00 p.m. with visitation at 2:00 p.m. All are invited to a gathering after the memorial, which location will be shared at the memorial. Instead of flowers, John hopes you consider a donation to your favorite charity or to his favorite charities he supported and are actively supported by his family: The Epilepsy Foundation at give.eftx.org; The Sarcoma Patient Assistance Group, providing tangible support for patients at MD Anderson Cancer Center at www.sarcomapatientsassistance.com; and, Camp Pelican, a free weeklong camp for children with pulmonary disorders, at camppelican.org or at P.O. Box 10235, New Orleans, LA 70181. Rest in peace Grandpa. We will miss and honor you forever.

Published by The Times-Picayune from Oct. 30 to Nov. 1, 2021.
To plant trees in memory, please visit the Sympathy Store.
MEMORIAL EVENTS
To offer your sympathy during this difficult time, you can now have memorial trees planted in a National Forest in memory of your loved one.
Funeral services provided by:
Bagnell & Son Funeral Home
MAKE A DONATION
Please consider a donation as requested by the family.
MEMORIES & CONDOLENCES
Sponsored by Bagnell & Son Funeral Home.
4 Entries
Wondering if Mr Lord attended USL in Lafayette in 1967. If so we were roommates and he was in my wedding.
Louis Anders
November 2, 2021
Deepest sympathies to Mr John's family. Known him through merchant arms for many years. He always made you feel more like a friend then a customer. A class act.... will be missed...
Tony and Melissa bologna
November 1, 2021
Ashley Ashley, Liz and family- Sending you all strength and deepest condolences. John was a wonderful man and will be missed by many.
Kat Vance and Rob Vance
Friend
October 30, 2021
My deepest condolences to you, Liz, John´s children, grandchildren and all his family. I am a better person for having John as a friend. He will be missed immensely. RIP, John.
Shannon Barr
October 27, 2021
Showing 1 - 4 of 4 results