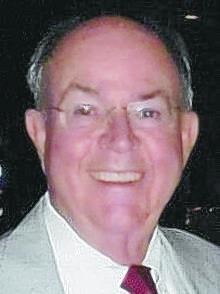 BORN
1939
DIED
2021
FUNERAL HOME
Sparkman Funeral Home & Cremation Services
1029 South Greenville Ave
Richardson, TX
Robert Rice Wehrmann died May 20, 2021 at home surrounded by family, after a battle with cancer. Bob was born in New Orleans, Louisiana, on August 14, 1939, to Irene Rice and Henri Fernand Wehrmann. He graduated from St. Martin's Protestant Episcopal School in 1953, then attended Tulane University where he was a member of Delta Kappa Epsilon Fraternity. After graduating in 1957, he entered Officers Candidate School, graduating as an Ensign in the U.S. Navy. Bob served in the Navy for four years and left as a Lieutenant J.G. In 1965 Bob married Blair Lloyd Lambert, setting up a home in New Orleans,Louisiana always remaining very close to his childhood friends. He worked in educational sales, and real estate and was an active member of Christ Church Cathedral, and involved in several Carnival Organizations. Blair and Bob moved to Dallas eleven years ago and are members of St. Michael and All Angels Angels Episcopal Church. Bob was an active volunteer through Saint Michaels, the USO and The Park Cities Rotary Club. Bob is survived by his wife of almost 56 years Blair Lloyd Lambert Wehrmann and two daughters, Leslie Wehrmann Agouridis (Nassi) and Ashley Wehrmann Ewing (Christopher). His four grandchildren, Cole and Will Agouridis, and Preston and Elizabeth Ewing held a very special place in his heart. He is also survived by his sister Wendy Wehrmann Taliaferro and her family as well as his first cousins, Dr. Rev. Atwood Lumberd Rice lll and John Barrier Rice. Memorial services will be held at St. Michael and All Angels Church Dallas, Texas June 4, at 4:00pm, and at Christ Church Cathedral, New Orleans, Louisiana, on June 12, at 1:00pm. In lieu of flowers please consider a donation to the USO or a charity of your choice. Those wishing to send condolences or sign the online guestbook may visit www.sparkmanrichardson.com.