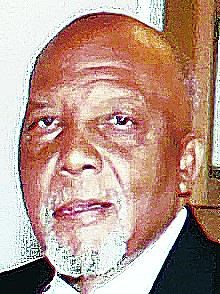 BORN
1938
DIED
2021
FUNERAL HOME
Rhodes Funeral Home - Washington Avenue
3933 Washington Ave
New Orleans, LA
Ronaldo Owen Handy, Jr. nicknamed 'Bubby' was born on April 13, 1938, in New Orleans, La, to the parentage of the late Ronaldo Owen Handy, Sr and the late Ruby Fulton Handy. He transitioned to eternity with his Lord and Savior on Sunday, July 11, 2021, at the age of 83 surrounded by his loved ones at Lafayette General Medical Center. Ronaldo was a resident of Lafayette, La and a Native of New Orleans, La. where he graduated from Booker T. Washington Senior High School participating in track and football. He went on to serve in the United States Air Force and continued his education at Southern University in New Orleans where he graduated with a Bachelor of Business Degree. He worked as a Bus Driver for over 20 years at Greater New Orleans Regional Transit Authority until retirement. He was a member of the Autocrat Social & Pleasure Club in New Orleans. Affectionately admired for his infectious smile, his love of watching westerns and his hilarious debates over football games. His zest for life and love of fun enriched those around him. He will truly be missed! He was preceded in death by his parents, Ronaldo Owen Handy, Sr and Ruby Fulton Handy; his siblings, Ulysses Handy (Sandra), Nadine Duronslet (the late Curtis) and Denise Landry. He leaves to cherish his memories his loving wife of 51 years Agnes Luckett Handy; His children, Ronaldo Owen Handy III, Pernell Patrice Thomas and her husband, Clyde Burnell Thomas; His grandchildren, Gabrielle Slack and Direon Handy; His sister, Johnnie Bea Bailey (Ronald) and a host of nieces, nephews, in-laws, extended family, and friends. Relatives and Friends of the family are invited to attend the Visitation only from 11:00am-1:00pm July 21, 2021, at Rhodes Funeral Home, 3933 Washington Avenue, LA. Interment: Restlawn Park Cemetery at 3450 Hwy 90 West Avondale, Louisiana.

To plant trees in memory, please visit our Sympathy Store.
Published by The Times-Picayune from Jul. 17 to Jul. 20, 2021.
MEMORIAL EVENTS
Jul
21
Visitation
11:00a.m.
Rhodes Funeral Home - Washington Avenue
3933 Washington Avenue, New, LA
Funeral services provided by:
Rhodes Funeral Home - Washington Avenue
MEMORIES & CONDOLENCES
Sponsored by Rhodes Funeral Home - Washington Avenue.
12 Entries
To the entire family of Ronaldo"Buddy" Hanby Jr. I am so sorry to hear about your loss, Our thoughts and prayers are with you and your family, doing these differcult times, and to let y'all know We thinking of you, wishing you hope in the midst of sorrow, comfort in the midst of pain. We will continue to keep you in our prayers
Matilda & Johnnie Moses Sr.
Friend
July 24, 2021
I am Praying for the Handy Family that God will continue to keep each of you in His loving care. Thanks for all the great memories shared in New Orleans, Louisiana with our Children and Family. May God Bless each of you.
Jacquelin Washington Cooper
Friend
July 21, 2021
I will always remember announcing his presence coming through the yard. He was my Dad´s personal barber. Rest well Mr. Bubby. God´s love, peace, and comfort be extra upon Mrs Agnes and all
Kimberly Lawson Harvey
Friend
July 21, 2021
May God bless you and your family in this time of sorrow. I worked with Handy many years at RTA. It was a pleasure. My Condolences to the Family.
CHERYL BROOKS .....RTA/RETIREE
Work
July 21, 2021
I love y'all
Serena
July 21, 2021
TO THE HANDY FAMILY SORRY FOR YOUR LOST MEMORIES ARE THE LEGACY OF LOVE."FLY HIGH BRO. HANDY " REST IN PEACE.
IDA FREEMOM NOSPI/RTA RETIREE.
Work
July 19, 2021
MY CONDOLENCES TO THE Handy FAMILY keeping the family in prayers. I worked with Buddy At Nopsi/RTA. RIP
MARY T COLLARD
Work
July 19, 2021
TO THE HANDY FAMILY YOU HAVE OUR DEEPEST SYMPATLY
THE TABB FAMILY
Friend
July 19, 2021
Our heartfelt sympathy during this time of challenge. Many blessings to your family. May Bubby rest in peace. Love and peace. From family of Burrell Handy ,111
Madelene Handy
Family
July 19, 2021
To the Handy family You are truly in our prayers he will be truly missed. Gone but never every forgotten.
Gina L.Bridged
Friend
July 18, 2021
To the Handy Families may Bubby's sole rest in peace remember God love beautiful flowers also and he picks the best peace be with you.
Dolores Toomer Smith
Friend
July 18, 2021
TO MRS. AGNES L. HANDY AND FAMILY AND MRS. SANDA HANDY I SEND MY CONDOLENCES AND PRAYERS
LESTER (POLLY) LASSAI
July 17, 2021
Showing 1 - 12 of 12 results