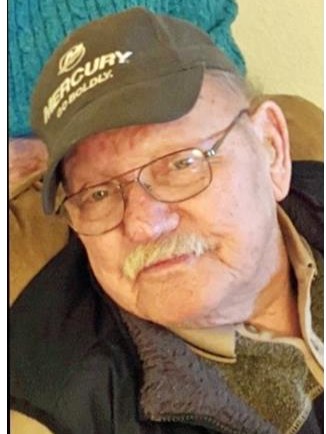 BORN
1938
DIED
2021
FUNERAL HOME
Bierman Funeral Home - Northfield
1316 Division St. S.
Northfield, MN
Northfield - Donald E. Johnson - 83 yrs. went to be with our Lord on October 31, 2021, with his wife and daughter, Jodi, at his side, after a short battle with COVID that was compounded due to his many health issues including years of COPD.

Don was born in Kingston, MN to Earnest and Cleora (Burlingame) Johnson and he was the youngest of 10 children. He married his devoted wife, Avis, in 1956 and they were blessed with six children. Don worked all his adult life whether it be in the field, on the farm, or for one of his different employers which included Suburban Plumbing Supply of St Paul or Schmitty & Sons of Lakeville. As a husband and father, Don lived in MPLS, Lakeville, and finally, Northfield. He was always busy as even after fully retiring, he continued to be caretaker to the apartment complex where he and Avis lived for many years.

Don was preceded in death by his granddaughter, Barbara Ann Johnson, and son in law, Nicholas Kavala. He is survived by his wife, and sons, Michael (Linda) Johnson of Eagan, Scott (Donna) Johnson of Hastings, Daughters, Kathleen (John) Gustafson of Bloomington, Tammy Kavala of Idaho, Brenda (Todd) Strohschein of Ottertail, Jodi (Eric) Wade of Omaha, NE, 11 grandchildren and 19 great grandchildren.

In honor of Don's wishes, there will be no public service. Offers of sympathy may be sent in care of the funeral home. biermanfuneralhome.com.

Published by Northfield News from Nov. 1 to Nov. 15, 2021.
To plant trees in memory, please visit the Sympathy Store.
MEMORIAL EVENTS
To offer your sympathy during this difficult time, you can now have memorial trees planted in a National Forest in memory of your loved one.
Funeral services provided by:
Bierman Funeral Home - Northfield
MAKE A DONATION
MEMORIES & CONDOLENCES
0 Entries
Be the first to post a memory or condolences.