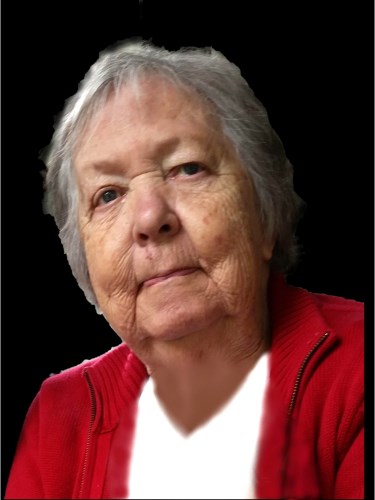 Eldora Elaine Fredrickson Seitz was born February 17, 1933, in Elko, Minnesota, to Herman and Eleanor (Henry) Fredrickson. She was baptized and confirmed at Highview Christiania Lutheran Church. She attended Eidsvold School until 8th grade. Eldora graduated from Lakeville High School in 1950 with letters in academics and was homecoming queen. After high school, she worked at Jacobson's Department Store in Northfield. On March 26, 1952, Eldora married Robert Seitz at Highview Christiania. After marriage, Bob, serving the US Navy, finished his deployment during the Korean Conflict and they lived on various military bases. When they returned to Northfield Eldora stayed at home with the children. As a young mother, she was an avid bowler, a member of the "200 Club," and did it left-handed! Eldora was an excellent seamstress. Over the years she did a lot of tailoring, and it was common for her to do the dresses for an entire bridal party.

Eldora was a long-time member of St. John's Lutheran Church and Three Links Auxiliary. She enjoyed knitting, sewing, and cooking.

A celebration of Eldora's life will be held on will be held at a later date. Interment will take place at Fort Snelling National Cemetery in Minneapolis.

Published by Northfield News from Nov. 2 to Nov. 16, 2021.
To plant trees in memory, please visit the Sympathy Store.
MEMORIAL EVENTS
To offer your sympathy during this difficult time, you can now have memorial trees planted in a National Forest in memory of your loved one.
Funeral services provided by:
Bierman Funeral Home - Northfield
MAKE A DONATION
MEMORIES & CONDOLENCES
0 Entries
Be the first to post a memory or condolences.