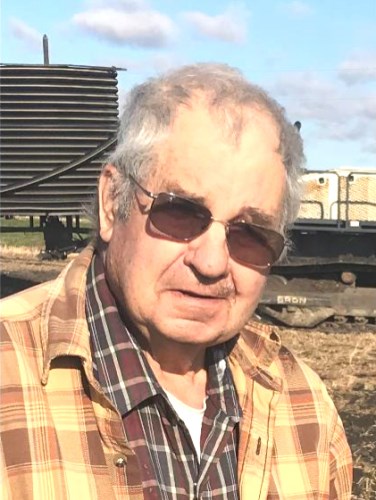 Gene was born on May 15, 1943, to Harold and Dorothy (Lynch) Albers in Northfield, Minn. Gene grew up on the family farm and was born with "fire" in his belly. He worked hard, played hard, and everyone who knew him knew he was not to be underestimated. He always loved a good challenge, looked for adventure and happily lived life on his own terms.

He went to primary school at St. Dominic's Catholic School and graduated from Northfield High School in 1961, then enlisted in the Army at Fort Polk Army Base in Vernon Parish, La. He returned home to run the family farm with his brother Henry. Gene loved farming with his brother and always sought out fellow farmers to learn what they were doing differently or better.

Gene married his soul mate, Charlene Bridges, at Albers Park on June 27, 1970, and shortly thereafter they bought and moved to one of the original Albers family homesteads previously owned and farmed by Clarence and Ellen Albers. They welcomed four kids over the next 5 years and raised their family on the farm.

In 1986, Gene and Henry started the A&A Portable Restroom business. Gene was a natural businessman and took pride in providing the best service and treating people fairly. Char was by his side every mile of the way. One of his proudest moments was when his sons took over the family farm and business upon his retirement in 2005.

Gene and Char spent the last 17 years wintering in Lake Havasu, Ariz. They both loved a good road trip, meeting new people and learning how other people lived along the way.

He taught his kids to be inquisitive, that trying something new was always worth it and usually resulted in a good story to tell. He loved watching young people succeed and provided encouraging words and advice wherever he could.

A graveside service will be held at a later date at Oaklawn Cemetery in Northfield. To honor and celebrate Gene's life, take a risk without fear of failing, go on a road trip even if you don't have time or money, learn something new from everyone you encounter, and don't let the bastards get to you.

Published by Northfield News from Nov. 10 to Nov. 24, 2021.
To plant trees in memory, please visit the Sympathy Store.
MEMORIAL EVENTS
To offer your sympathy during this difficult time, you can now have memorial trees planted in a National Forest in memory of your loved one.
Funeral services provided by:
Bierman Funeral Home - Northfield
MAKE A DONATION
MEMORIES & CONDOLENCES
0 Entries
Be the first to post a memory or condolences.