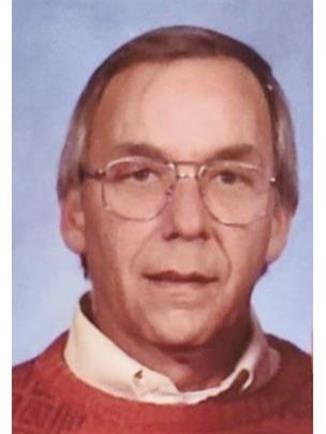 Jim was born in St. Cloud, Minnesota on July 9, 1951. He grew up in Eden Valley until the age of 10 when his family moved to Webster. He graduated from Northfield High School in 1969. In 1970, he joined the U.S. Army and served in Vietnam, and was Honorable Discharged May 1972. Jim married the mesmerizing Joy Albert in July of 1981 and populated the world with two entertaining daughters. Unfortunately, they became unmesmerized and later divorced.

Jim started off his work career at Menasha in Lakeville but spent the majority of his adult years in Northfield, MN as one of the most skilled forklift drivers that Ryt-Way Packaging has ever employed. During his time at Ryt-Way he developed the skill of retrieving a nickel off the floor with his forklift; he was a skillful man indeed. In January 2008, James suffered a brain aneurysm which led to a stroke and that would change the trajectory of his life. From 2008 on he relied on the assistance of others to pick up the fallen nickels for him under his watchful eye. He resided in an assisted living facility in Northfield until 2014 when he moved to Omaha, Nebraska to be with his daughter, Jennifer Larkin.

Visitation will be held from 4-7 PM on Wednesday, November 3, 2021, at Benson & Lanehough Funeral Home, Northfield. A celebration of James' life will be held at 10 AM, Thursday, November 4, 2021, at Trinity Lutheran Church, with one hour of visitation prior to the service at the church. Interment will be in Fort Snelling National Cemetery, Minneapolis

Memorials are preferred to the American Legion and Veterans of Foreign Affairs. northfieldfuneral.com.