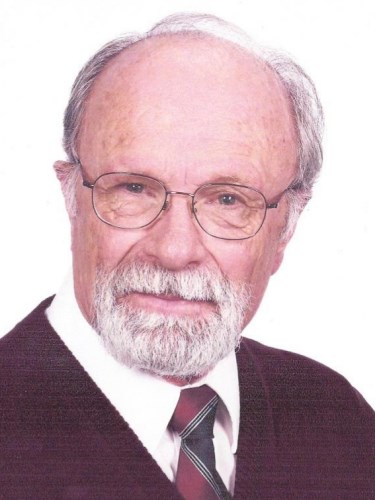 BORN
1938
DIED
2021
FUNERAL HOME
Bierman Funeral Home - Northfield
1316 Division St. S.
Northfield, MN
Nerstrand - James Thomas Sailors was born on March 9, 1938, in Huntington, Ind., to Lorin and Mary (Ellet) Sailors. He attended Huntington Township schools, graduating high school in 1956. Jim joined the U.S. Navy that year and served until his discharge in 1960 as a petty officer second class. On the basis of his naval training in electronics, Jim began a nearly thirty-year career as an engineer and manager in field operations, including work with Philco and IBM. He received additional professional training at De Anza Junior College in San Jose, Calif., and at Emory University in Atlanta, Ga. Before retiring from IBM after a quarter of a century, Jim founded Homeward Bound Christian Book & Gift, a religious bookstore that grew to have multiple locations and serviced churches of all confessions throughout southeastern Minnesota. In his golden years he worked as a realtor to stay busy. Jim was an avid golfer and reader. He loved the countryside of rural America, as well as country western and bluegrass music.

Jim passed away on Thursday, November 18, 2021, at the age of 83. He is survived by his children: Joseph, John, Timothy, Mary Mack, and his stepdaughter Roberta Hansen; nine grandchildren; his brother Gerald and sister Helen Sue Martz; other family members and friends. He was preceded in death by his parents and his brothers Paul, Robert, and David.

A celebration of Jim's life will be held on Monday, November 29th at 10:00 am at Bierman Funeral Home, Northfield, with the Rev. Gary Gilbertson presiding. Pallbearers are his sons Joe, John, and Tim, his grandsons Zack and Landon, and his son-in-law Shannon. Interment will take place in Fort Snelling National Cemetery, Minneapolis. Visitation will be held one hour prior to the service at the funeral home. In lieu of flowers, memorials are preferred. biermanfuneralhome.com.