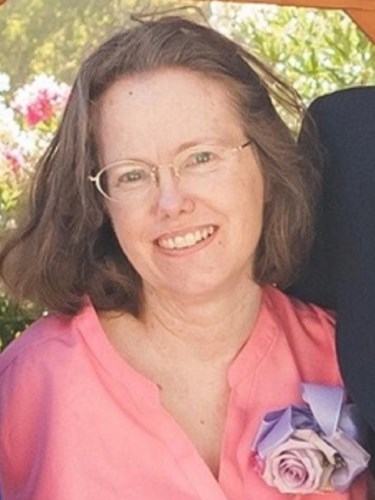 Janet was born September 14, 1956, the daughter of Howard and Elaine (Melvin) Edgren in Minneapolis. There she was raised and attended school where she graduated from Patrick Henry High School. Beginning in 1974, Janet began working as a nursing aide and later as a medication aide at Little Sisters of the Poor in Minneapolis and St. Paul. She was united in marriage to Robert McGowan on July 9, 1977, at Our Lady of Victory in Minneapolis. While in Minneapolis, Janet began an at home daycare taking care of her children along with others. In 1991, the family moved to Northfield. She loved being a stay-at-home mom to her four children, helping with homework, and shuttling them to activities. She was active at Church of St. Dominic's school, where her children attended, and also taught Sunday school. Janet enjoyed spending time journaling, writing inspirational quotes to her children, poetry, and philosophical sayings. She was always reading and loved traveling to both new and familiar places with her family. Over the years, Janet was very charitable to Boys Town with its focus on a better life for children and families.

Janet is survived by her husband Robert of Northfield; her children Mary McGowan of Eagan, Chrissy (Wade Polk) McGowan of San Jose, CA, Will McGowan of Eagan, Joseph McGowan of Minneapolis; grandson Benjamin Polk; and her brothers Michael (Susan) Edgren of Wisconsin Rapids, WI, James (Judy) Edgren of Elk River, MN, and Mark (Anne) Edgren of Minnesota; along with nephews, nieces, and cousins. She was preceded in death by her parents.

Mass of Christian Burial will be at Church of St. Dominic on Friday, October 29, 2021, beginning at 11:00 AM. Visitation will be held one hour prior in the church. Burial will be at Calvary Cemetery in Northfield. Memorials are preferred to Boys Town at boystown.org or Boys Town, 14100 Crawford Street, Boys Town, NE 68010. biermanfuneralhome.com.

Published by Northfield News from Oct. 26 to Nov. 9, 2021.
To plant trees in memory, please visit the Sympathy Store.
MEMORIAL EVENTS
To offer your sympathy during this difficult time, you can now have memorial trees planted in a National Forest in memory of your loved one.
Funeral services provided by:
Bierman Funeral Home - Northfield
MAKE A DONATION
MEMORIES & CONDOLENCES
0 Entries
Be the first to post a memory or condolences.