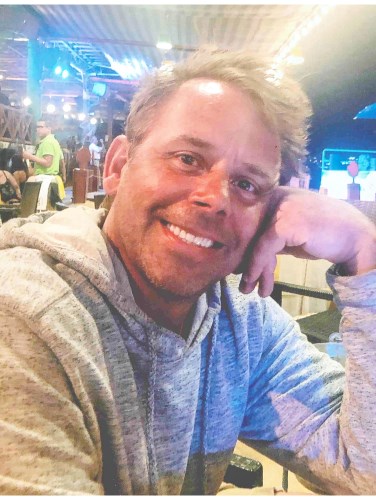 Joel was born the son of Howard and Joanne (Bright) Magrane on November 8, 1969, in Kailua, HI. At the age of 10, the family moved to St. Paul for a brief time and then to Northfield. Joel graduated from Northfield High School, class of 1988. He was a standout athlete where he played baseball, football, hockey and earned a trip to state in golf as a seventh grader. As a teenager, Joel played for the United States Golf Team which took him to Europe participating in tournaments as well as in the US. After high school, Joel attended junior college at Iowa Western and then returned to Northfield where he attended St. Olaf College. In 1992, he earned All-American honors in baseball. During his senior year at St Olaf, Joel played for the football team as well. After receiving his bachelor's degree, Joel continued to make Northfield his home. He joined the Dundas Dukes and played in numerous state tournaments over an 18-year career. During that time, Joel worked in the construction trade and went on to start his own business, D1 Construction.

He enjoyed deer, duck, and goose hunting along with being an avid movie watcher. He was a bit reserved until he got to know you and over the years made many lifelong friendships.

He is survived by his mother Joanne Kaye of Tamarack; a brother Scott Magrane of Draper, UT; a niece Quinn; nephew Campbell; his soulmate Sam Wessinger; and her children Nico and Vivian. He was preceded in death by his father.

Services for Joel will be held at Bierman Funeral Home on Friday, November 12, 2021, beginning at 7:00 PM. Visitation will be from 5:00 PM until the time of the service in the funeral home. biermanfuneralhome.com.