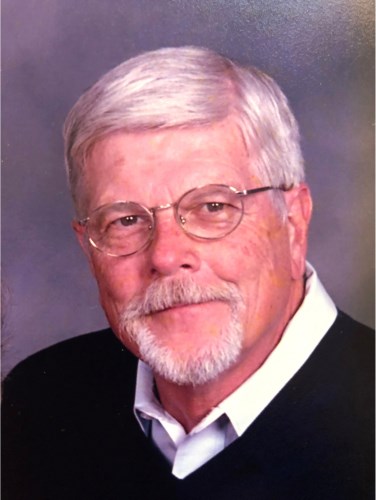 Karlo received a Bachelor of Science degree from Mankato State University in 1962, and married his high school sweetheart Susie Clark of Hector Minnesota. They moved to Northfield in 1965 where he took a position as Chief of Laboratory Services at Northfield City Hospital.

While living in Northfield, Karlo and Susie raised their six children together encouraging each of them to find success in their educational pursuits.

He loved sports and the outdoors and inspired all of his children to learn how to camp, hunt, fish, ice skate and participate in the sports and activities they desired. Karlo, with several other Northfield men, founded the Northfield Youth Hockey Association in the 1970's, establishing the foundation for interscholastic hockey in Northfield.

Karlo and his family were members of St. Peter's Lutheran Church in Northfield where all six of his children were confirmed. His favorite time of year was the Christmas season at church, where he'd encourage his family to attend the 11 pm candlelight Christmas Eve service, followed by an outdoor midnight skate and thermoses filled with hot chocolate at the local hockey rink.

Karlo was promoted to Assistant Administrator of Northfield City Hospital in 1975 and remained in that position until his retirement in 2001. After retirement, he enjoyed walking three miles a day and especially loved spending time with his children, grandchildren and great grandchildren.

In 2012 Karlo was diagnosed with Parkinson's Disease which gradually compromised his ability to fully participate in physical activities.

In memory of Karlo, donations can be given to The Parkinson's Foundation at http://www.parkinson.org/ways-to-give

A Celebration of Life for Karlo will be held on February 5th, 2022 at the Northfield Golf Course from 3 -7 pm. The eulogy will be delivered at 4 pm.

Published by Northfield News from Nov. 29 to Dec. 13, 2021.
To plant trees in memory, please visit the Sympathy Store.
MEMORIAL EVENTS
Feb
5
Celebration of Life
3:00p.m. - 7:00p.m.
Northfield Golf Course
MN
Funeral services provided by:
Benson & Langehough Funeral Home & Cremation
MAKE A DONATION
MEMORIES & CONDOLENCES
1 Entry
An American original. One of the first people to welcome a new teacher to Northfield in the fall of 1969. We fished together at Federal Dam in the 70's. He extracted my wife's car from the snow when she couldn't reach me, during a blizzard no less. He was the commissioner of noon ballball for many years at Carleton. He was a very good man.
Dan and Carol Larson
Friend
November 29, 2021
Showing 1 - 1 of 1 results