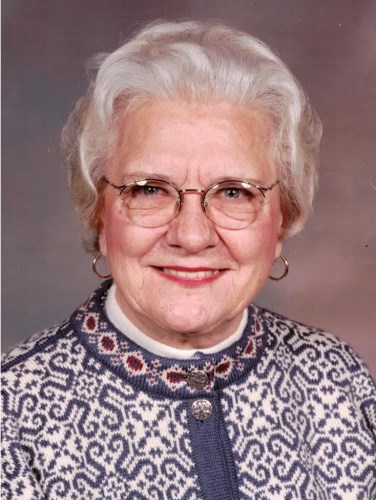 Memorial services will be held at the Boldt Funeral Home, Faribault, on Thursday, October 28, 2021, at 3 p.m. with the Reverend Janet White, pastor of First English Lutheran Church, Faribault, officiating. Veteran's military rites will be provided by the Rice County Central Veterans Association, Faribault. Interment will be at Oaklawn Cemetery, Northfield at a later date.

A memorial visitation will be held at the Boldt Funeral Home, Faribault, on Thursday from 1:30 p.m. to 3 p.m. prior to the service.

Naomi L., the daughter of Emil and Clara (Slette) Quinnell, was born on February 20, 1920, in Mahnomen. She graduated from Northfield High School in 1937, and served in the U.S. Navy as a nurse. Naomi also graduated from Fairview Nursing School and the University of Minnesota earning a Public Health degree. She worked as a nurse for several counties and the State of Minnesota as a Public Health Nurse. Naomi enjoyed traveling the world, she loved photography and especially being available for family gatherings. Naomi was a member of Trondhjem Lutheran Church of Lonsdale, St. John's Lutheran Church of Northfield and First English Lutheran Church of Faribault.

She is survived by her sister, Janice Rappe of Faribault; and her nieces and nephews, and other relatives and many friends.

She was preceded in death by her parents; and siblings, Lorraine (and Oscar) Alstad, Harlan (and Joan) Quinnell, Elden "Hunts" (and Bette) Quinnell, Arlene (and Les) Benson, Delano "Don" (and Dixie) Quinnell and Curtis Quinnell.