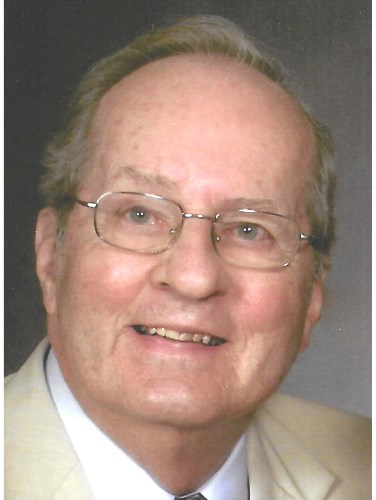 Paul Duane Raadt was born August 20, 1931, in Northfield, Minnesota, to Hans and Blanche (Neel) Raadt. He grew up and attended schools in Northfield. His studies at Carleton College were interrupted when he was called to active duty during the Korean War and ordered to Camp Rucker, Alabama. He met and married Gloria Ann Warren and they had a son, Kerry. She passed away in 1958. Paul continued to live and work in Montgomery, Alabama, and later married Sybil Ann Sims Potee. They had a daughter, Kimberly. Paul was again widowed in 1996.

Paul lived in Montgomery, Alabama for 45 years. During that time he was employed in the financial area of several different businesses after which he entered public service for the State of Alabama. He retired in 1992 as Chief Financial Examiner. On a trip to visit family in Northfield, Paul met Marilyn McRae, widow of Don McRae. They were later married, and Paul and Marilyn spent the next 24 years together in Northfield.

Music was an important part of Paul's life. He was a student director of the Northfield High School Band and was a member of both the band and orchestra while at Carleton College. He sang baritone with a gospel quartet in Alabama and over the years he sang with and directed several choral groups. His other interests included reading, photography and spending hours at his computers.

Paul is survived by his wife Marilyn, his son Kerry (LuAnn) of Northfield, his daughter Kimberly (Matthew) Higgins of Atlanta, Georgia, sister-in-law Marlene Raadt, as well as grandchildren, great-grandchildren, and nieces. He was preceded in death by his parents, his aunt Olive Wardell, two wives, and his brother Kenton Raadt.

A private family service is being planned. Memorials may be directed to St. John's Lutheran Church or to the donor's choice.

Published by Northfield News from Nov. 1 to Nov. 15, 2021.
To plant trees in memory, please visit the Sympathy Store.
MEMORIAL EVENTS
To offer your sympathy during this difficult time, you can now have memorial trees planted in a National Forest in memory of your loved one.
Funeral services provided by:
Benson & Langehough Funeral Home & Cremation
MAKE A DONATION
MEMORIES & CONDOLENCES
0 Entries
Be the first to post a memory or condolences.