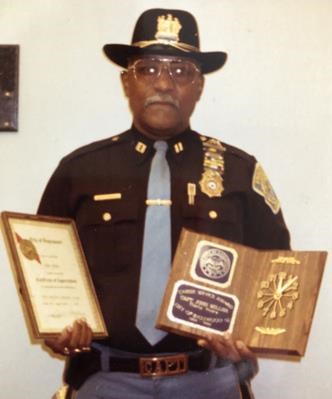 John Miller was born in Englewood on 01/27/1930 to William B. Miller and Lucille Miller. He departed this life on 07/29/2018. John Miller served Honorably in the US Army during the Korean War where he obtained the rank of Sgt. John joined the Englewood Police Department in 1966. John Miller ascended the rank of Captain in 1971. Captain Miller retired after 32 years of distinguished service. Captain Miller was considered a trailblazer in the city of Englewood. He was one of the first African Americans to obtain the rank of Sgt., Lt., and Captain. He was affectionately known as "Cap". After retirement "Cap" was known for walking all around town and for visiting so many of his friends and family. He leaves to mourn his passing, his wife of almost 68 years, Joan E. Miller, Son, Rev. Barry R. Miller, three grandchildren, three great grand children, a niece, nephew, a host of great nieces, nephews, family and friends.Funeral Saturday 12 PM.at Community Baptist Church of Englewood, 224 First St. Englewood. Viewing 9 AM - 12 PM at Church. Interment George Washington Cemetery, Paramus.

My most sincere condolences for the passing of Captain John Miller. He always conducted himself in a professional manner. He was an excellent Policeman and a compassionate person. His legacy toward the Englewood community will forever be in our hearts.

I pray that God will grant you and your family the strength, comfort, and peace during this difficult time of bereavement. RIP John. He will be miss!!!

Robert Dupree & Family
August 15, 2018
A good heart has stopped beating, a good soul ascended to heaven.
Linda Nelson
August 9, 2018
I served in the Eng.Cliffs PD from 1964-1994. I will always remember Capt.Miller (John). The man knew how to wear a uniform and always had time to speak to me. We would meet at accidents,fires,etc. and John was always friendly. Sorry to hear of his death but my thoughts and prayers are to the family. RIP Capt.Miller George Kirschbaum,Ret.Capt. EC PD
August 6, 2018
Rest is peace capt. Miller. Say hello to my father for me. Love you always.
Mikey Dillon
August 4, 2018
May the God of all comfort sustain your family during the days ahead Psalms 119:76
August 4, 2018
My sincerest condolences go out to the family of one of the finest police officers I ever had the pleasure to work with. Cap was the image of what every police officer should want to look like, always and I mean always sharp. He was always my encouragement when I serve as President of the Men and Women of Blue of Bergen County. He will surely be missed because he was always present. RIP Cap, you've served us well.
Lt Ronald D Love(Ret)
August 3, 2018 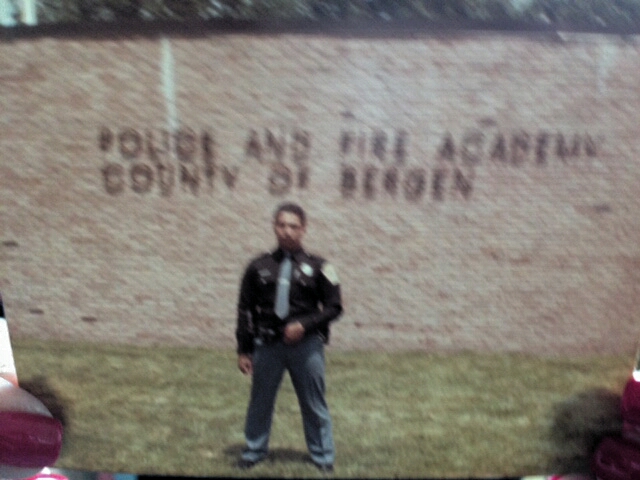 Captain "John" a true hero, blazed a path for African Americans who wished to follow his lead in becoming police personnel. A well respected, loved and liked man. I personally will miss him dearly.
Scott Jenkins
August 3, 2018
My condolences on the passing of Capt. Miller. He was a great police officer and a wonderful gentlemen.
Chief Gary Kohles (Ret) (Bogota)
August 2, 2018
FRENCH RUFFIN
August 2, 2018
I met Captain Miller right after I was appointed to the Lodi Police Department in 1971 at a weekly Pistol competition. As a rookie, he had a great effect on me which continues through the years. He was sharp as a tack & a class act. May he rest in peace & my sincerest condolences to his family. Sergeant (retired) Byrne Sciortino, Lodi Police Department.
August 2, 2018
My condolences & prayers to Capt. Miller's wife & family. I will never forget his kindness & advice when he came to visit me back in 2001, when my dad, Det. Minnerly was ill. The Capt. would visit my dad in the nursing home every week. Rest in Peace, Captain.
Judy Vella
August 2, 2018
To Rev. Barry Miller and Family you have my condolences.
Kimberly Bradley
August 1, 2018
Showing 1 - 12 of 12 results