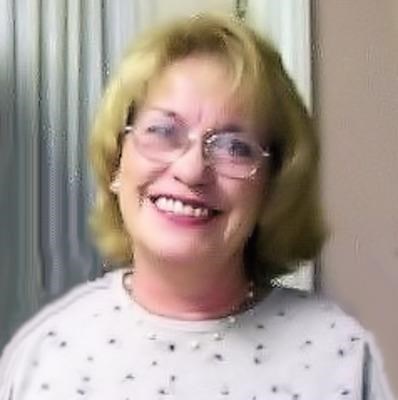 Bangor, ME - Diane E. DeVita, died January 22, 2021, at Westgate Center, Bangor, due to COVID 19, after a battle with Alzheimer's disease and dementia for several years. She was born November, 29, 1945, the daughter of Doris (Langston) and Albert Volckmann. Diane is survived by her husband of 43 years, Dr. Michael R. DeVita.

As a little girl, dressed in white, every Sunday she would sing hymns at the local church radio T.V. station. Diane loved to cook, garden, hunt, both with bow and arrow and rifle, and fish, especially in the forests and the small streams in Northern Maine. She enjoyed spending time with her family and pets, and she was always happy to invite others in for coffee or a delicious meal. Diane was ordained by the International Association of Healing Rooms as a Christian minister and was the state representative for Maine for over ten years. She attended church regularly, and with Michael, went on several mission trips to Jerusalem, Thailand and Russia.

In addition to her parents, Diane was predeceased by her brother, Christopher Volckmann.

Funeral arrangements are private, with interment in the Spring at George Washington Memorial Park, Paramus, New Jersey. Those who wish to remember Diane in a special way may make gifts to St. Jude's Children Hospital. Condolences to the family may be expressed at BrookingsSmith.com.


Published by The Record/Herald News from Feb. 5 to Feb. 6, 2021.
To plant trees in memory, please visit the Sympathy Store.
MEMORIAL EVENTS
To offer your sympathy during this difficult time, you can now have memorial trees planted in a National Forest in memory of your loved one.
Funeral services provided by:
Brookings-Smith, Main Chapel
MAKE A DONATION
Please consider a donation as requested by the family.
MEMORIES & CONDOLENCES
Sponsored by Brookings-Smith, Main Chapel.
0 Entries
Be the first to post a memory or condolences.