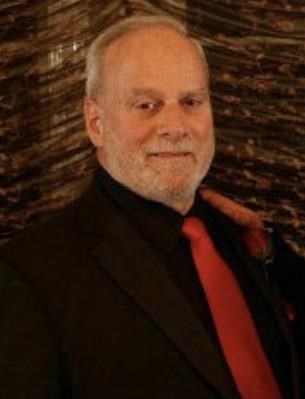 Demarest - Castronuovo, Jr., James D., age 77 a longtime resident of Demarest, died Friday, April 16, 2021. He was born in Jersey City and raised in West New York and Teaneck, where he was a member of the Teaneck High School Class of 1962. Beloved husband of Diane M. Castronuovo (nee Sfrisi). Devoted father of Lori-Ann Castronuovo and her husband Adam Dorenter and James F. Castronuovo and his wife Dana. Loving grandfather of Adin, Dante and Luca. Dear brother of Diane Broeckel. His memory will live on through his many loving family members and friends. Jim's career began at NJ Bell in Teaneck, NJ, where he worked as a supervisor. His love of cars and motorcycles led him to his second career as the owner and operator of several Exxon service stations in New Jersey. He was a member of the Harley Owners Club with whom he made several rides cross country. He was a member of the American Corvette Club and was a past member of the Tenafly Rifle and Pistol Club. Family and friends are invited to visit, Thursday 4-8 PM at the Volk Leber Funeral Home, 789 Teaneck Rd., Teaneck. Funeral service 10AM Friday at the funeral home with the interment to follow at Fairview Cemetery. In lieu of flowers donations in Jim's name to St. Jude Children's Research Hospital, 501 St. Jude Place, Memphis, TN 38105. To donate online visit http://events.stjude.org/rememberingjim. Visit Jim's memorial tribute page at www.volkleber.com.


Published by The Record/Herald News from Apr. 19 to Apr. 21, 2021.
To plant trees in memory, please visit the Sympathy Store.
MEMORIAL EVENTS
Apr
22
Visitation
4:00p.m. - 8:00p.m.
Volk Leber Funeral Home
789 Teaneck Road, Teaneck, NJ
Apr
23
Funeral service
10:00a.m.
Volk Leber Funeral Home
789 Teaneck Road, Teaneck, NJ
Funeral services provided by:
Volk Leber Funeral Home
MAKE A DONATION
Please consider a donation as requested by the family.
MEMORIES & CONDOLENCES
Sponsored by Volk Leber Funeral Home.
1 Entry
Rest In Peace Jimmy.....so many great memories of days gone by that will live in our hearts forevermore. A stand up guy with an amazing sense of humor. On behalf of myself, and the THS Class of 1962, I offer our condolences to you Diane and the entire family. We share you grief, and offer our hearts our prayers for Jimmy’s peaceful transition .
Xoxo,
Richie Pink
Richard Pink
Friend
April 20, 2021
Showing 1 - 1 of 1 results