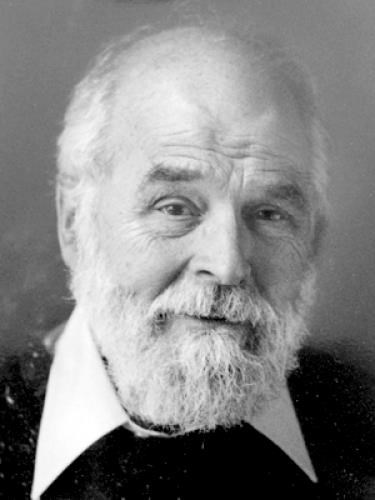 GOODWIN
John C., 75, died Wednesday, March 22, 2017 at Emerson Healthcare, Emerson, NJ, where he spent the last year of his life.
The son of Rev. R. Dean and Almira Goodwin, John grew up in Tenafly, NJ; he attended Tenafly High School and graduated from Ottawa University, Kansas, in 1963. He served two stateside years in the US Army at a Nike air defense missile base in Tappan, NY. He married Joan Knowlton in 1965.
From 1966 to 1974, John worked as a freelance photographer, specializing in the anti-war movement. His subjects included the Rev. Dr. Martin Luther King Jr., Rabbi Abraham Heschel, Daniel Berrigan, Pete Seeger, Joan Baez, Thich Nhat Hanh, and countless others.
In 1974, John accepted a photojournalism position with The General Board of Global Ministries of the United Methodist Church. For twenty years he traveled to more than seventy countries; his work has been featured in hundreds of magazines, documentaries, and online media. He excelled at illuminating the face of shared human experience, connecting people around the world.
John was diagnosed with MS in 1995. From 1999, he served on the executive committee of New Jerseyans for Alternatives to the Death Penalty - the death penalty in New Jersey was successfully abolished in 2007. He remained active in the Demarest Nature Center, performed in the choir at Demarest United Methodist Church, and was a familiar figure driving his electric scooter to the Demarest Swim Club every day in the summer. He was a popular model at The Art School at Old Church and others, and portraits of him can still be found in art fairs across Bergen County.
John is survived by his sons Benjamin and David, daughter-in-law Elisabeth, former wife Joan Burch, and step-mother Loree Goodwin. Gifts in his memory may be made to Demarest United Methodist Church or the MS Society.
Funeral services will be held 2:00 Saturday, March 25, at Demarest United Methodist Church, with a reception to follow in the fellowship hall. No viewing is planned.
To plant trees in memory, please visit our Sympathy Store.
Published by The Record/Herald News on Mar. 24, 2017.
MEMORIAL EVENTS
Mar
25
Funeral service
2:00p.m.
Demarest United Methodist Church
, NJ
MEMORIES & CONDOLENCES
23 Entries 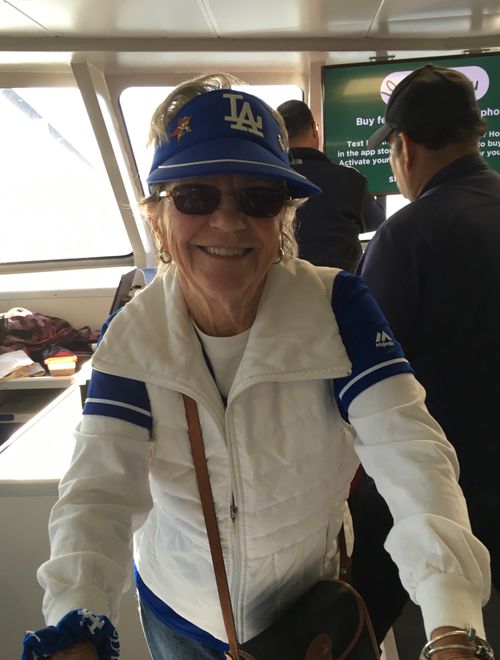 A wonderful passion for life and the human being standing next to him I will always remember John when introduced to him at the Methodist Church visiting my family roots dating back to the 1600s love you John Arnette Demarest
Arnette E. Demarest
Friend
November 19, 2020
Hello, I'm terribly sorry for your loss. I was wondering if anyone in the family would mind contacting me at [email protected] I have a question regarding John's amazing photography.
Ian Jacobs
Acquaintance
November 18, 2020
We too came looking for John and sadly found his obit. John Goodwin was an inextinguishable fount of human kindness and brotherly love. He and Joan came to our wedding in Tenafly in 1973. Through the years, our paths occasionally crossed and he would update us on his family.

We were looking for John's email to send him an Easter greeting, for perhaps the first time ever,to see how he was doing in these hard times.

Here's the Easter greeting we meant to send:

We wish you heartfelt greetings for a Happy Easter, filled with good health, love and best wishes for better times, when we can all be together again. 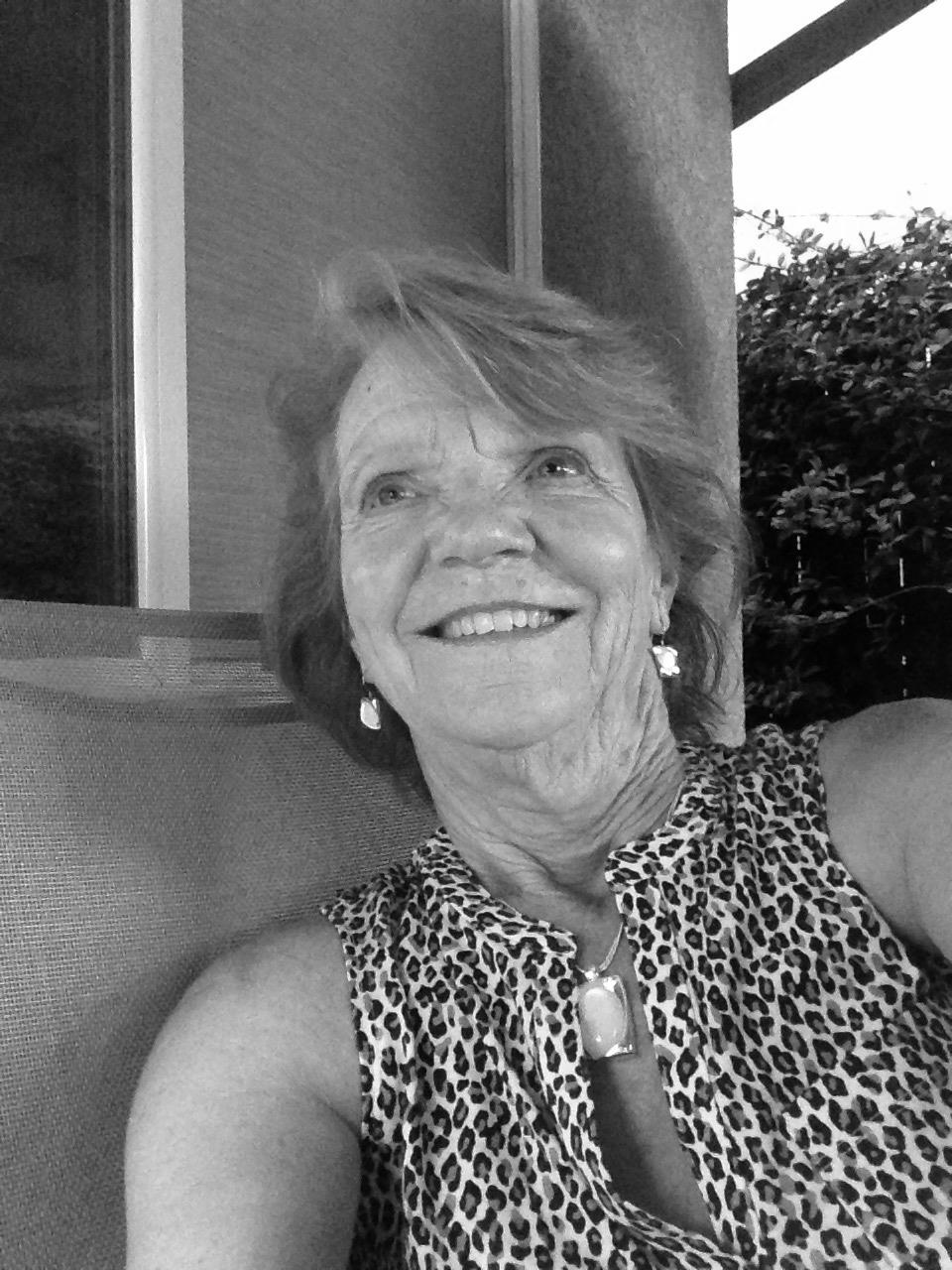 So Sad to hear this news of John... such a beautiful person... led me on an adventure of tracing my heritage in Demarest, going to the Historical Society, tracking family homes in Bergen Cnty, nature walks and educating me on the Demarest History.... So kind as to welcome myself and family members on several occassions and keeping me posted on Demarest celebrations...I will hold dear the memories and the memorabelia he took the time to send me for my history.... thank you John for your contribution to such important causes over your lifetime... and thank you for sharing those passions with me... you will not be forgotten for you have left a Grand Legacy....
California Friend, Arnette Demarest
Arnette Demarest
May 1, 2018
I came looking for John and found his obit. This is sad news. John was a wonderful mentor to me as a teenager on the New York Metropolitan Youth Hostel hiking trips we took together in New York State and Vermont in '72 and '73. I see on this site Allan Kauders' tribute to our fellow hiker. We powered through the rain, mud, and sickness but we saw nature on a mind-blowing scale for a teenager -- with John, I went birch tree swinging and soaring in the sky; I saw the aurora borealis in northern Mass, walked to the source of the Hudson, and reached the highest peaks of Vermont. John made me feel secure, safe, and positive about life.
We kept up our contact thru the years, and it was great to be able to share our success (and struggles) as we grew older. The last time I saw him was with his son for a nice lunch at my house in Vienna, VA. That was ~2006. We managed to touch talk once a year after that. To John's kids - so sorry for your loss. His spirit lives on. Please contact me with any news via this email address. I hope you are both well. xo, Barbara
Barbara Young
Friend
April 2, 2018
John and his former wife Joan led an American Youth Hostels trip in 1973. The trip hiked the Long Trail from Massachusetts to Canada, through Vermont. John and Joan were great leaders---thoughtful, connected with the group of teenagers they were leading, and fun to be around. (A further recollection... it was a very wet and muddy summer, and Joan managed to never get any mud on herself---no one knew how she managed that).

I'm very happy to learn that John led a full, interesting and meaningful life. I'm sorry that I missed the opportunity to reconnect with him after all these years. I wish his family condolence, and the knowledge that he made a meaningful impact on those he came in touch with.
Allan Kauders
March 23, 2018
John was and still is an inspiration of human kindness to all of us who walked with him.
mario argote
Classmate
November 19, 2017
He touched the lives of so many. And he did the right things for the right reasons. What an inspiration you are, John
Richard Lord
Friend
May 20, 2017
Mr. Goodwin's presence throughout the town of Demarest, as well as on this earth, will forever be a cherished and treasured one. Fondly, I remember the days when he continuously told me to search up the history of the peace sign, as my name refers to the meaning of peace' in the Greek language.

I've often searched for a secret meaning within the peace sign wikipedia page in an effort to find a hidden treasure that Mr. Goodwin was trying to bestow upon me. After thorough analysis, I have concluded that the deeper connotation was purposely left to be interpreted by the individual who chooses to seek it. The one who chooses to find peace has the satisfaction of applying it to what they believe and relate it to. Peace has the ability to shift and shape into what people want it to be. That is the everlasting beauty of it, and what I believe Mr. Goodwin was trying to show us all.

As a man who captured the peace movement through a photographic eye, Mr. Goodwin never stopped trying to effect change. Being a part of the Demarest Nature Center, he influenced people to appreciate the environment and to preserve it for the greater good. This eternal impact will stay with me through college and beyond. May he be survived always amongst the streets of his past.
Irene Lourbas
March 28, 2017
We will never forget when John picked us up on a trip to New York City and treated us to a day out with him--including picnic lunches and dinner out of his car and a visit to the Storm King open air art center and a concert at West Point. All of this plus tablecloths was managed by John and his scooter. I get misty-eyed remembering it. Of course, we will always enjoy our memories of him through his photographs. Great guy! He will be missed.

~Dee and Tony Geisler
Dee and Tony Geisler
March 27, 2017
We were very saddened to hear of John's passing. John was the first of many welcoming faces at the Demarest Nature Center when we joined many years ago. We will always remember his genuine interest in others, his thoughtfulness when joining a discussion, his care for nature and the environment and most of all his perseverance in embracing all that life has to offer on a daily basis. It was an honor to have been John's friend.
Our most heartfelt condolences to his family. Teddy, Dimitri, Irene and Alex Lourbas
Teddy Lourbas
March 27, 2017
John and I shared some wonderful experiences doing stories for the Board of Global Ministries. So very sorry to hear of his passing.
Elaine Magalis
March 26, 2017
Saddened to learn of John's passing; he was a friend and mentor over our many years of association, and shared a common passion for social justice. He was a true artist with a camera, and captured some of the great moments of history in this nation's struggle with a variety of social ills, from racism and civil rights, to his ardent opposition to the death penalty. Not only his great skills, but his stellar humanity will be sorely missed in these tumultuous times. Rest in peace, my friend.
Daniel Casselberry
March 26, 2017
Bob Markarian
March 25, 2017
Ben, David, and family,

John was a true champion for justice. Through his art - his magnificent photography - he captured the essence of what it means to love and care for each other. Sometimes his subjects were famous, and sometimes they were not. He knew peacemakers when he saw them, in all walks of life.

His work on the death penalty in New Jersey was instrumental in ending it. I will always and fondly remember him as he captured by camera(s) the most important - and most meaningful - moments during the campaign. I will equally fondly remember his wise counsel in executive committee meetings. Most of all I will remember his decency and kindness, and his tenacity is doing his life's work of social justice while he had MS. What a lesson for everyone he touched.

I will miss him beyond words. And I will never forget him.

He was very engaging and inspiring to many.

John will be sorely missed.

Bob Markarian (201-845-3775)
Bob Markarian
March 25, 2017
I am so sorry to hear of John's passing. I remember him and all of you so fondly. My prayers are with you. Love, Sarah (Hare) Vetter
Sarah Hare Vetter
March 24, 2017
John Goodwin was an inspiration, a colleague and a friend. The world is a much poorer place without him. My deepest sympathy to his family, and to all who loved him.
Cynthia Astle
March 24, 2017
My deepest condolences to John's family. May God give his peace to all of you. What a great life he had and touched the lives of so many others in such a loving way - is what matters most.
Rohit Sinha
March 24, 2017
May God grant John's family peace and comfort in the days ahead. He was a longtime friend and I will miss him.
Newtonia Coleman
March 24, 2017
So very sorry for your loss. May the Memories you Treasure shine through your sorrow. ...Isa 33:24; John 6:40; Ps 37:29
March 24, 2017
Showing 1 - 23 of 23 results