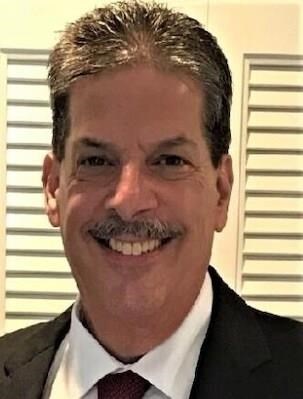 Kenneth A. "Ken" Birne, Esq., age 64, passed away peacefully on June 30, 2020 surrounded by his loving family, following a courageous 6 month battle with pancreatic cancer. A long time resident of Beachwood, Ohio, Ken was originally from Tenafly, New Jersey. Ken was a proud member of the Tenafly 100 Marching Band, and performed at the Rose Bowl Parade in 1973. As an avid Boy Scout, Ken traveled to the World Jamborees in Idaho and to Mt. Fuji, Japan. He attended The Ohio State University, and graduated with a B.A. in Political Science. There he met his lovely wife, Pamela Beth (Ross) Birne, and served as President of Zeta Beta Tau Fraternity, Nu Chapter. Ken then attended Case Western Reserve School of Law, during which time he married Pam and graduated with a J.D. degree in 1981. Initially, Ken opened his own personal injury law practice. In 1984, Ken met Attorney Richard Peltz, and together they formed a law firm, Peltz & Birne, LLC, beginning a lifelong professional relationship practicing auto and job injury law. As the firm's trial attorney from 1984 to 2000, Ken devoted his life to his work. He became a distinguished legal expert in the field of pediatric drowning, and represented several high-profile cases in this area of the law. He was a highly respected mentor and peer, and his brilliant legal mind remained razor-sharp up until his passing. Ken was a great husband and father, as well as a proud and devoted "Papa," to his three beautiful granddaughters. He loved good food and drink, tinkering around the house, and watching Buckeye football games. Ken was also a member of University Heights Masonic Lodge #738 F.&A.M. in Lyndhurst, Ohio. Ken drew inspiration from his late father Al who taught Ken, "When the going gets tough, the tough get going." Ken is survived by his loving and devoted wife of 39 years, Pam, who provided him with immense strength during his illness. She was his rock, soul mate, BFF, and the driving force behind his fight for survival. Ken is also survived by his three beautiful children, Jenna Ottenheimer (Scott) of Northbrook, Illinois, Allison Zofan (Gilli) of Bexley, Ohio and Jonathan Birne of Beachwood, Ohio. Ken also leaves behind his loving mother, Rita M. Birne, and the late Alvin A. Birne, of Tenafly, New Jersey, his beloved sister, Wendy Osur (Stan) of Tenafly, New Jersey, and by his beloved brother Robert Birne, Esq. (Cindy) of Dallas, Texas. Ken sadly will be missed by his beautiful granddaughters, Maya Ottenheimer, Noa Ottenheimer, and Livia Zofan, who brought him so much joy. Ken also leaves behind many nieces and nephews. Ken was loved by many. Last but not least, Ken loved his dogs Wilson and Cooper. Special thanks to Dr. Eric Yasinow and Dr. David Bajor, and the University Hospitals Seidman Cancer Center, who helped Ken battle his illness with care, compassion and professionalism. Thanks also to Rabbi Moshe Gancz of Fromovitz Chabad for his weekly love, guidance, wisdom, and prayer. Services were held graveside Friday, July 3, 2020, at Bet Olam Cemetery (Chagrin & Richmond Rd). In lieu of flowers, donations can be made to Keshet Chicago (www.keshet.org, 847-205-1234) or to Fromovitz Chabad in Beachwood.


To plant trees in memory, please visit our Sympathy Store.
Published by The Record/Herald News from Jul. 2 to Jul. 5, 2020.
MEMORIAL EVENTS
No memorial events are currently scheduled.
To offer your sympathy during this difficult time, you can now have memorial trees planted in a National Forest in memory of your loved one.
MAKE A DONATION
MEMORIES & CONDOLENCES
0 Entries
Be the first to post a memory or condolences.