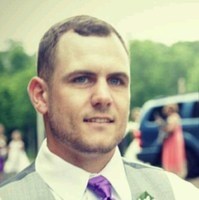 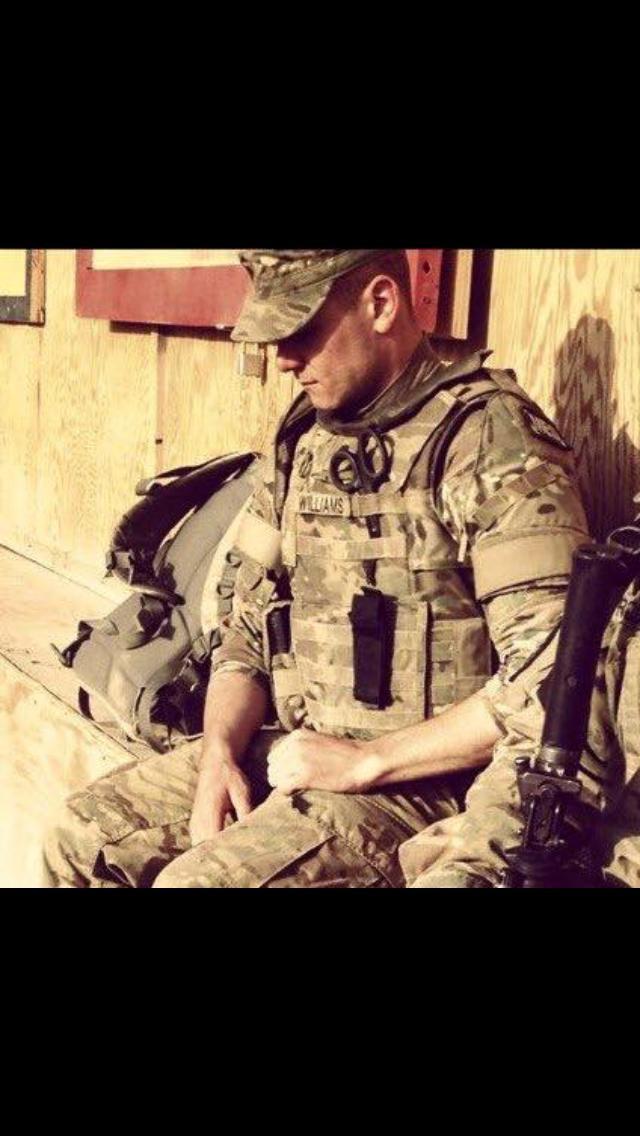 Taylor,
Where to begin? You were such a light in our lives and the loss and sadness we feel is undeniable. Meme and Pepe loved you so much. We will miss your calls and visits, your humor, funny voices and your smile.
This is all so unfair - we should have had you for many more years.
We are so proud of the man you became and have taken some comfort in hearing all the stories from friends you have helped and touched.
Our family will never be the same without you. We miss you so much already. We will never forget you. Rest in Peace.
Love you to the moon and back. ♥♥
Love Meme and Pepe ♥
Donna and Richard Ratelle
August 30, 2016 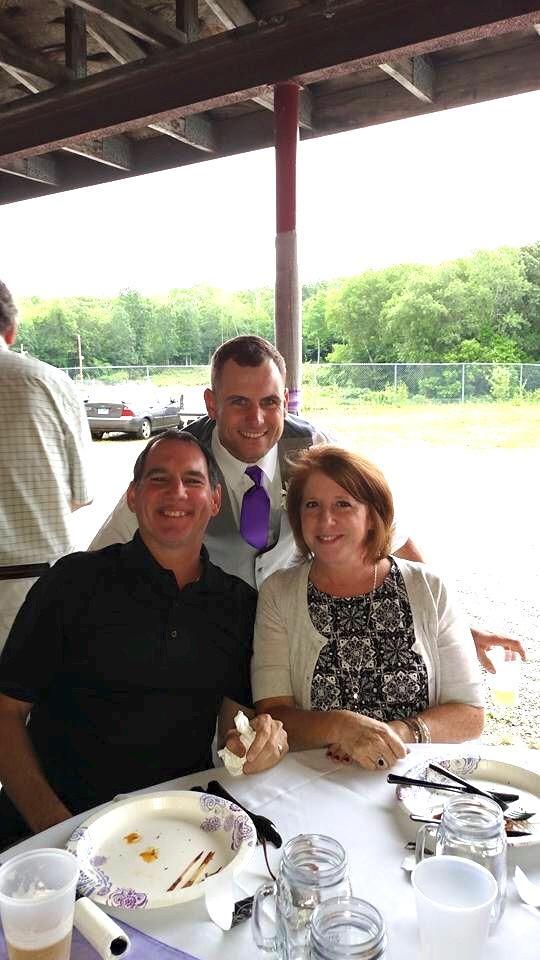 Barbara Healey
August 30, 2016
My Condolences goes out to Ms. Williams and family. Taylor was a kind and respectable man. He will be missed. Thank you for sharing your son with us. RIP Taylor and Thank you for your service to our country.
Wanda Simmons
August 30, 2016
Nichole,Donna,Rick and family. I am so sorry for your loss. Such a tragic loss for a beautiful person. I know he is up in heaven looking down on all of you helping you all get through this. Rest in peace Taylor.You will be in my thoughts and prayers. Love Aunt Linda Ratelle and family (Joe,Bill,Tom)
Aunt Linda Ratelle
August 30, 2016
Time of unforeseen occurrences befall us all, so may the family and friends keep themselves in Gods love at this time of great sorrow. Jude 21...JJ, ATL
August 30, 2016
Nichole, Terry, Doug & Rita, We are so so sorry for your loss.
Brian & Barbara Shenko
August 30, 2016 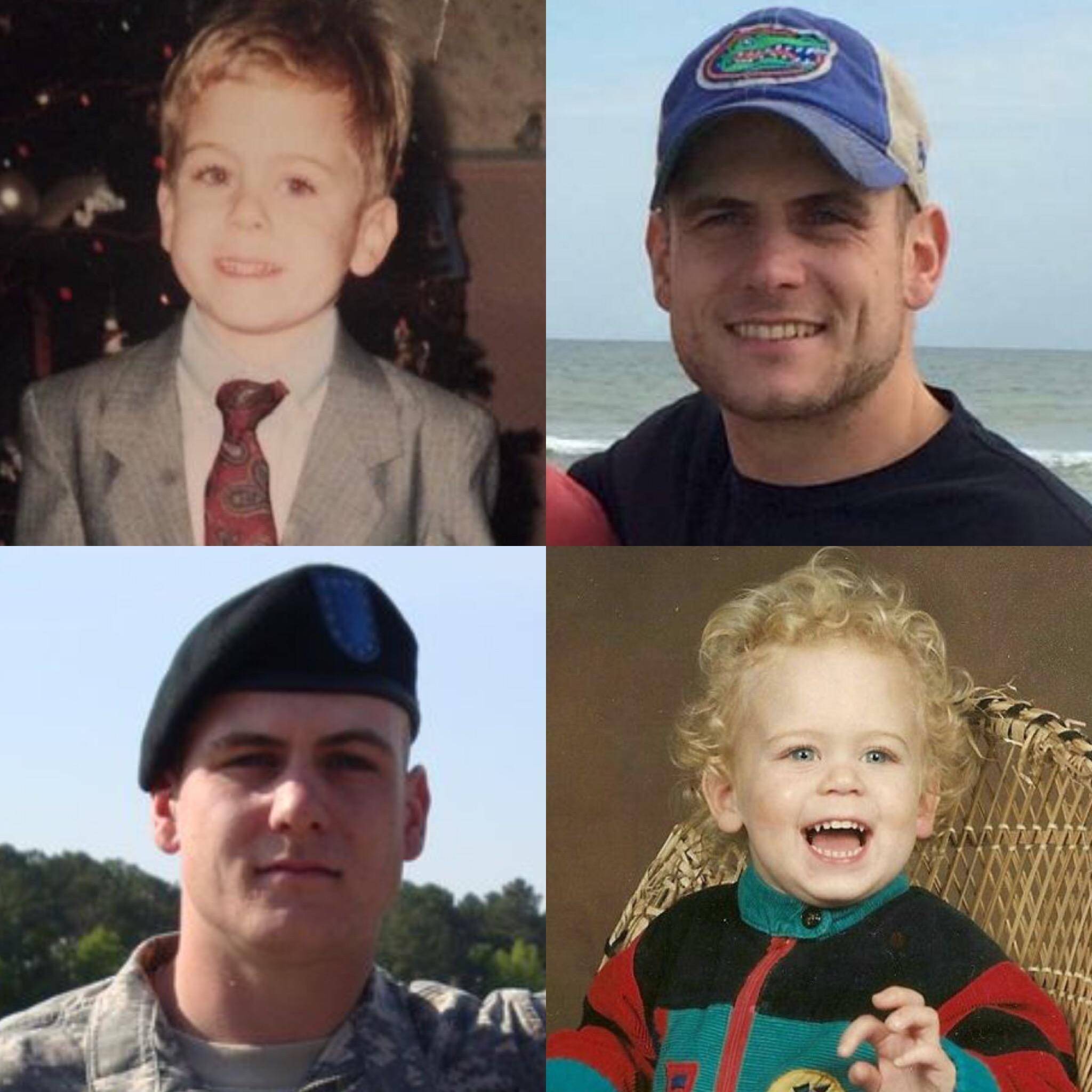 After all we've been through the past few weeks, I still can't believe you're gone. You left way too soon and I will never understand why. I'm so glad we got to see each other this past 4th of July. I'm still waiting for you to come visit in NYC like we always talked about - we would have had a blast! We are all so proud of the man you became. You would be proud of how our entire family is coming together to honor you. Meme even went to Georgia to visit you. Our family will never be the same. We will always remember you, your smile, your sense of humor, your laugh. We miss you, buddy.

Uncle Ryan
August 30, 2016
You will be missed Taylor. We are so glad you met our children, and developed a relationship with each of them. On your latest trip home, you were funny, kind, and happy. THAT is how you will be remembered, and we will hold you in our hearts forever.
Love, Shawn, Katie, Madison, and Landon
Shawn Healey
August 29, 2016
Nicole Donna and family I am so sorry for your loss. I am glad I got the privelage to watch Taylor when he was that adorable baby blue eyed little boy. And by all the stories I have seen he turned into an amazing man with a beautiful heart. Rest in peace Taylor. Xoxo
Bethany Outtrim
August 29, 2016
Gonna miss the crap out of you Doc. Thanks for everything and all your hard work and effort in Afghanistan to make sure we all were safe!! I speak for all of your battle buddies when I say we'll see you again!!!
Sgt Monique Major
August 29, 2016
I am so sorry for your terrible loss. My thoughts and prayers are with your family. I wish you peace in the days to come.
Lisa Foss
August 29, 2016
Taylor you have gone away too soon. The memories we have of you with your cousins Shane and Shawn are forever in our hearts. We were so proud of the handsome and loving person you became. Always helping others. We will take care of mom for you. We have all come together to get through this. RIP Taylor. We love you always.
Auntie Barbara and Uncle Kenny
August 29, 2016
So sorry for the loss of your precious son. May God give you the peace necessary to get through this most difficult time. Take comfort in knowing you raised a true American hero, as he served his community and country selflessly. God bless you, Taylor's family and all who loved him.
Another grieving Mother
August 29, 2016
THANK YOU FOR YOUR SERVICE MR.WILLIAMS
BETTY PERKINS
August 29, 2016
We miss you so much Taylor!
Rest In Peace dear friend!
Kayla and Bradley LaField
August 28, 2016
We will miss you so much Taylor! It's so hard to believe we will never see those beautiful blue eyes again or enjoy laughing at your humor you had with so many of us. All we have are memories now and it's not fair! You were a wonderful person and we will always remember the handsome, hardworking,loyal and loving nephew you were. until we meet again Tay❤Forever Remembered and NEVER FORGOTTEN! LOVE,Auntie Debbie and Uncle Kevin
Debra Morrison
August 28, 2016
SPC TAYLOR thank you for serving out country. To Nicole and family I am sorry for your loss. Your son was an amazing young man.
RIP Taylor
Ednique Bouey
August 28, 2016 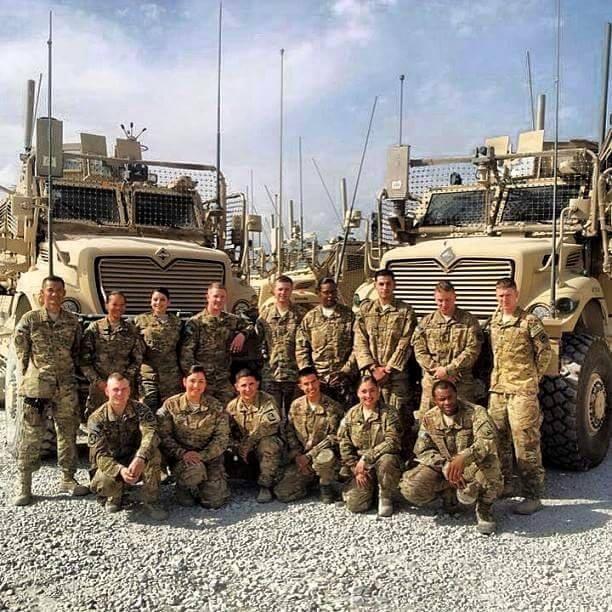 Our sincere condolences. Taylor was a great person and a great medic, He is truly missed.
The team, 157 CSSB Combat Medics, Bagram AB, 2013
Mark Baldwin
August 28, 2016
I'll never forget you doc! From the first time we met we became brothers and you were always by my side through thick and thin on a motorcycle. You taught me selflessness in the short time I knew you. I love you and will always remember you
Cory Arabie
August 28, 2016 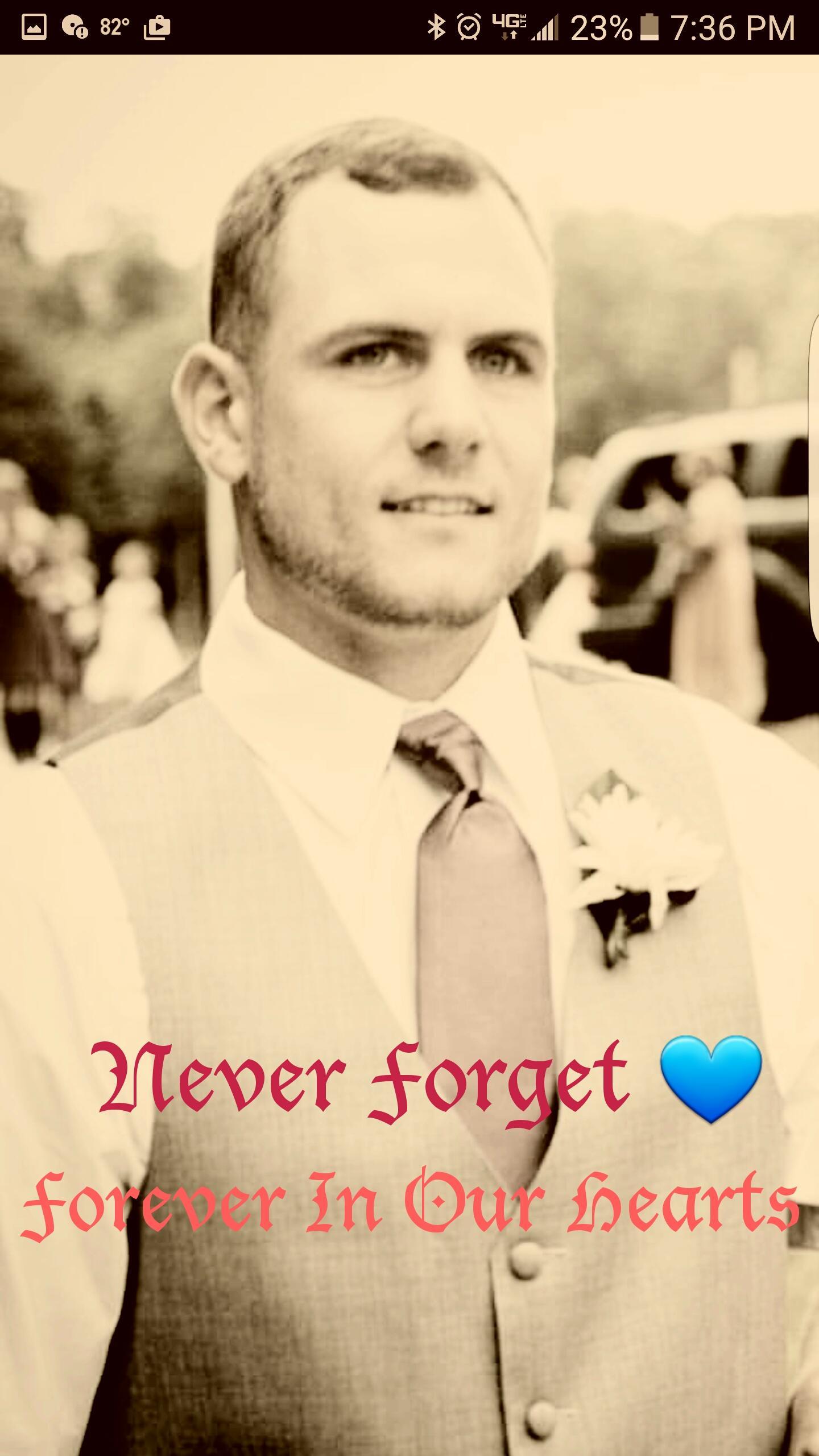 Auntie Debbie
August 28, 2016
Taylor you were such a wonderful person. We will miss you so much ! The family won't be the same without you❤so sad to think we won't see those beautiful blue eyes and laugh at your funny sense of humor anymore. All we have is memories now and we will hold them close to our hearts❤love and miss you so much, Auntie Debbie and uncle Kevin
Debra Morrison
August 28, 2016 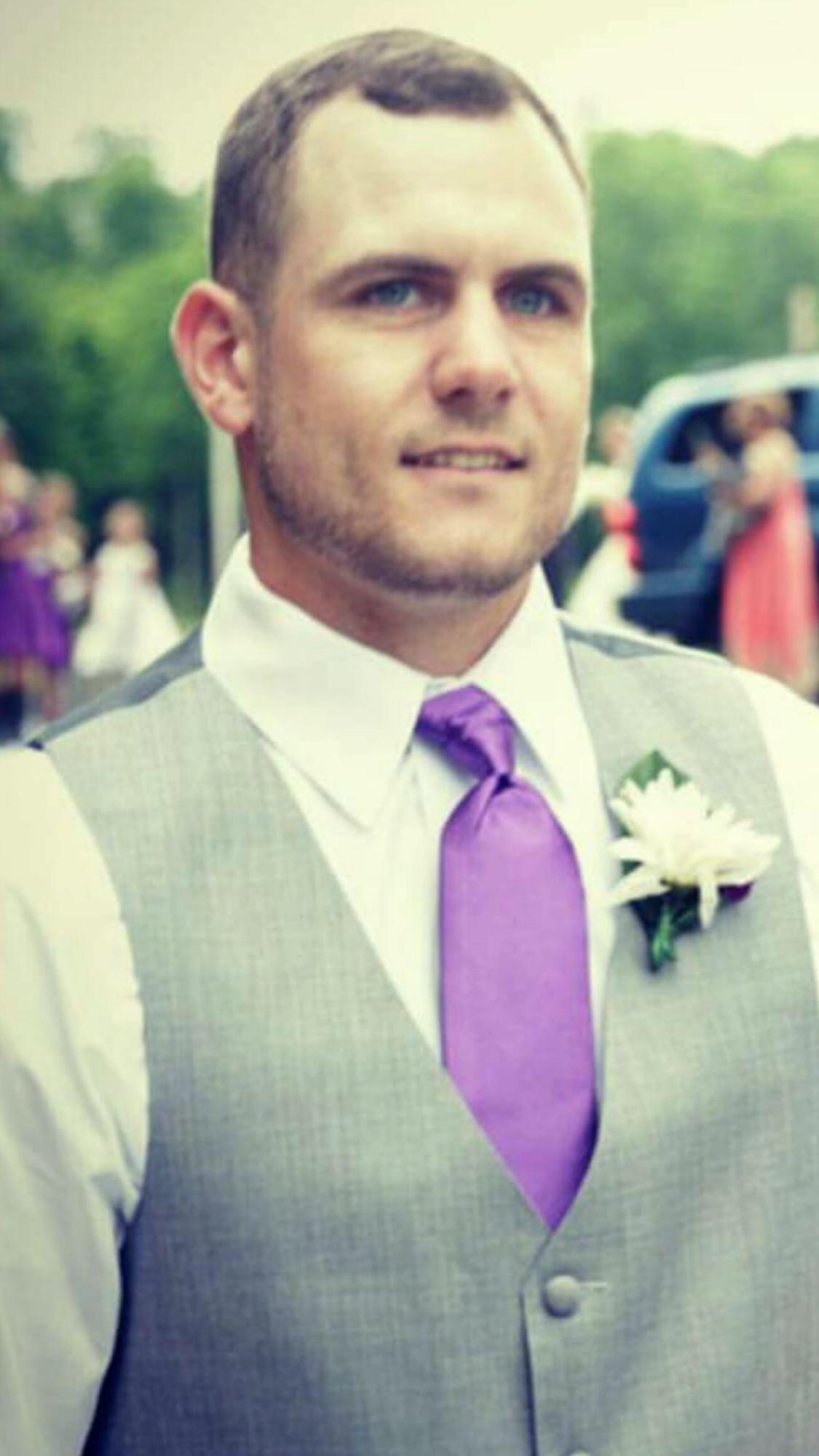 Taylor you were an amazing person and loved by so many people. I'm glad to call you my cousin, and I am proud of the person you were.❤ You have made so many great accomplishments. I love you Taylor. May you rest in peace.
Hannah Morrison
August 28, 2016
to the family of Taylor Williams I'm so sorry for your loss he was such a sweet loving person . May god be with you through this painful time praying for you love taylor sievers
Taylor Sievers
August 28, 2016
My thoughts and prayers are with your entire family.May you have the love and strength of your family and friends to help you through this.Your son was a brave man.He defended his country .He was a true hero.Thank you for serving your country I hope you rest in peace Taylor Justin Williams.Heaven just received a angel!
Laurie Novak
August 28, 2016
Nicole and Family...My thoughts and prayers are with all of you.. RIP... Thank you for serving for our country...
Wendy Winslow
August 28, 2016
I love you brother, rest well -pete
August 28, 2016
RIP Taylor..Thank you for your dedication and service to our Country. Fly with the Angels and be at peace.❤
Heather and Tim Daley
August 28, 2016
I miss and love you boo. Everytime I seen you, you were smiling and joking and so full of laughter, life, and happiness. You always took the time to help people, see you in Valhalla. Love you long time! I'll miss you every day and think of you everytime an angry orchard is opened! <3
Cristina Holstein
August 28, 2016
Donna, Rick and Family,
I am so sorry for the loss of Taylor. No words will ever be enough. Just know you are all in our thoughts and prayers at this time.
Linda Currier-Paiva
August 28, 2016
I'm so sorry for your loss. He was such a sweet kind soul, that will never be forgotten.
Taylor Smith
August 28, 2016 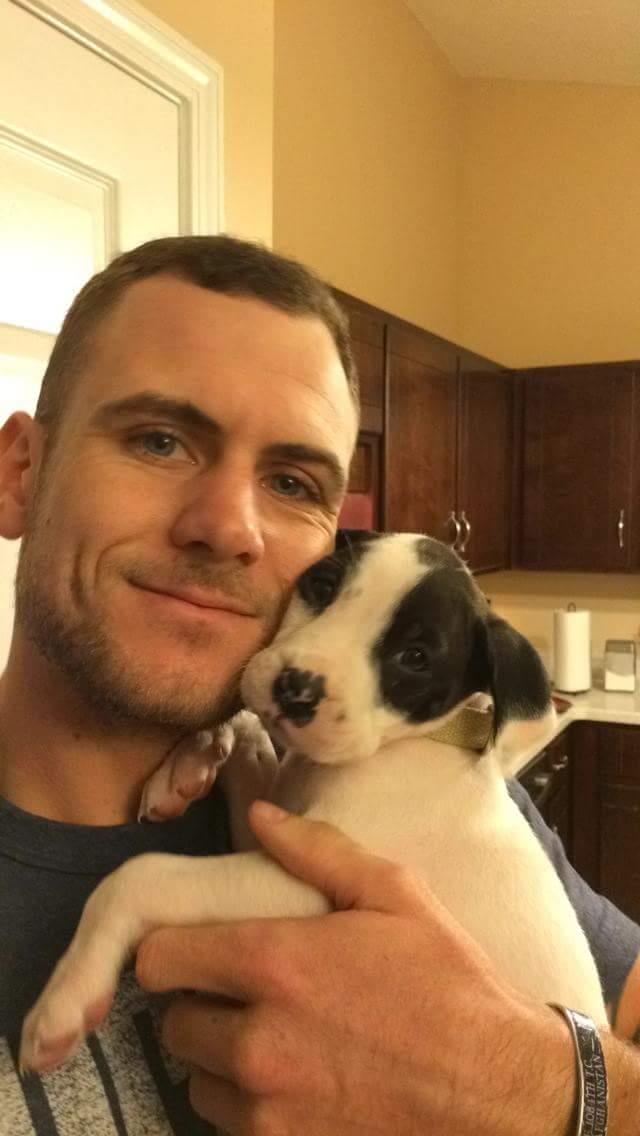 Taylor, you're my first born. This is the most difficult time of my entire life. Not sure I'll ever recover from the loss of your presence in my life. I would do anything to get you back. I hope you are dancing in the sky. I pray you are at peace . I love you my sweet son. #JusticeForTaylorWilliams I will always mourn you. Xo
Nichole Williams
August 28, 2016
I am a coworker of Taylor's grandmother Rita expressing my sincere condolences over your loss. Our prayer is for serenity for the entire family over your loss of such a young and vital man who had his full life ahead of him. May you find comfort in the joy he brought to your lives.
Fran Boulay
Coworker
August 19, 2016
Showing 1 - 42 of 42 results