FUNERAL HOME
Carpenter Memorial Chapel - North Platte
1616 West B Street
North Platte, NE
Gary John Anderson, 76, of North Platte, died on Nov. 29, 2020. He was born on Aug. 26, 1944, in National City, California, to Ferera (Jackson) and Thrue Anderson. When he was young, the family moved to Upper Peninsula of Michigan. Gary attended school and graduated from Bergland, Michigan. After graduation he enlisted in the United States Air Force, spending most of his enlistment in Asia working as a jet mechanic. He was honorably discharged and stopped in North Platte to see his grandmother. He never left because he didn't want to shovel snow for half of his life. He did numerous odd jobs before opening Gary's Conoco on the corner of Fourth and Jeffers Streets. Gary had a gas station, sold cars, and had a tow truck. He sold the shop and opened Gary's Repair and U-Haul until his retirement in 2009. In 1970, he married Rose Ann Sullivan, and to this union, six sons were born. Rose preceded him in death in 1998. In 2000, Gary married Brenda Behsman. Gary was a drag racer in his younger years. He loved the excitement, speed and noise of the track. His car was called "Ole Nervous" because he would get excited and his legs would shake. He enjoyed racing in Kansas and Nebraska. His favorite organization was the Platte River Sportsman's Club. He was the second member and was president for over 20 years. He loved public sight-in day for the hunters, any shooting competition and the annual gun show. He and his friends performed guard duty for years during the show and checking in of guns. For several years, the club sponsored cowboy shoots. He loved getting into his cowboy gear and using his alias, Ole Nervous, to compete. He was an avid motorcyclist and for years he rode with a group of men from Michigan in May. Over the years, he rode all over the United States. He loved putting on his leathers, straddling his Gold Wing, and heading out on a new adventure. In fact, it influenced his choice of ringtone, "Born to be Wild." After retiring, Gary turned his repair shop into a woodworking/coffee shop. He made beautiful furniture and gifts for his wife, family and friends. Friends would gather at the shop daily for conversation. Gary, John Zahl, Jim Thompson, Al Kelly and more, would solve the problems of the world. Gary loved cooking and baking. He was dubbed Gary Crocker by a friend and it stuck. Gary baked for the staff of the North Platte Public Library, family and his coffee pals. Gary touched many lives and will be missed by many. Gary is preceded in death by his parents; wife, Rose Ann; son, Tony; and a sister. He is survived by his wife, Brenda; sons, Jeff (Kathy), Alan, Danny, Chris (Tammy) and Ryan Anderson; daughter-in-law, Shurie; six grandchildren; four great-granddaughters; four sisters; and a brother. In lieu of flowers, memorials are suggested to Catholic Schools Endowment Fund, Holy Spirit Catholic Church or Paws-itive Partners. Online condolences may be shared at carpentermemorial.com. Mass of Christian burial will be at 11 a.m. Friday, May 14, at Holy Spirit Catholic Church with the Rev. Vidya Sagar celebrating. A Christian wake service will be at 7 p.m. Thursday, May 13, at Carpenter Memorial Chapel. Burial of ashes will be at Fort McPherson National Cemetery, near Maxwell, with full military honors provided by the United States Air Force and the North Platte Veteran's Honor Guard. Services will follow the church's current health directives regarding COVID-19. The service will be livestreamed via the Carpenter Memorial Chapel Facebook page. Carpenter Memorial Chapel is entrusted with arrangements. 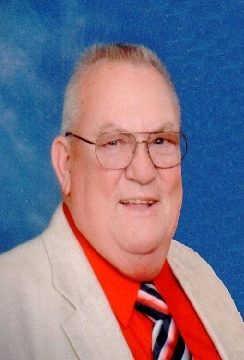